In 2007, Texas mother Hannah Overton was sentenced to life in prison for the 2006 salt poisoning death of her 4-year-old foster son, Andrew.

While the conviction was overturned in April 2015 and charges were dismissed, questions remain to this day about what might have caused Andrew’s death.

Now, Hannah and her husband Larry — who were raising four biological children at the same time they were trying to adopt Andrew — are defending their actions the day Andrew died in a new interview with Dr. Phil.

“What was he like when you first met him?” Dr. Phil asks Hannah.

“He’s adorable. He’s the cutest little boy. He was very sweet and loving, but he was also a handful,” Hannah explains, noting that Andrew was born to a drug-using mother and suffered from behavioral issues.

“His mother had done meth while she was pregnant, and he was born with fetal alcohol syndrome, and so I knew that there would be some issues,” she claims.

Among the problems Hannah says she saw in the youngster were extreme tantrums.

“The tantrums that he threw were different than tantrums that my kids threw … He would throw himself to the ground without catching himself,” she explains.

Hannah says she also noticed a pattern of what she describes as “obsessive eating” by Andrew, but the child was also eating non-edible items, including mattress stuffing, paint chips and carpet fuzz.

In her interview with police following Andrew’s death, Hannah explained that the child began “pooping on himself” and would then wipe the feces on himself, his sheets and his bed.

As for the allegations Hannah and her husband Larry faced regarding the treatment of Andrew in the hours leading up to his death, Dr. Phil questions Larry about why he took Andrew into the backyard and sprayed him with a hose to clean him off.

“He was filthy. He had smeared his feces all over him,” Larry tells Dr. Phil, in a new interview airing on Tuesday. “I do have a shower and, in retrospect, I would’ve definitely made that decision, looking at it from the other side. But I just wanted to clean him up as quickly as I could.”

Larry adds, “It does seem harsh.

But that wasn’t the only circumstance that prosecutors questioned. Within 24 hours of Andrew’s death, Larry had burned Andrew’s feces-soiled bed sheets on the family’s grill.

“You have to admit, that seems odd,” Dr. Phil notes.

“It does. I tried putting them in the trash can, but he kept going back to it. That was my solution to the problem, was to burn them on the grill,” Larry explains. “Not the best decision, I would agree.”

Also called into question was a “security camera” installed in the child’s room, which Hannah insists was simply a baby monitor.

“It seems like a double standard between your children and the foster kid,” Dr. Phil suggests.

“I can see what you’re saying,” Hannah admits.

Dr. Phil dives further into the details surrounding Andrew’s death on Tuesday’s episode, including Hannah’s explanation for her laughter during her police interrogation.Check here to see where you can watch.

Like Dr. Phil on Facebook | Follow Dr. Phil on Twitter| Be on the Show
PHOTO GALLERY
10 Quotes for Letting Go and Moving On
Download
Calling all HuffPost superfans!
Sign up for membership to become a founding member and help shape HuffPost's next chapter
Join HuffPost
Voting Made Easy
Register to vote and apply for an absentee ballot today
Register now 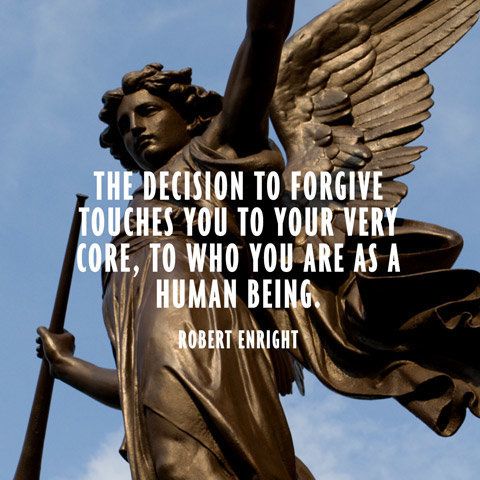