An Indiana University student who had been reported missing was found dead on Friday.

Hannah Wilson, 22, was a senior at IU Bloomington and originally from the city of Fishers, Indiana, according to WISH-TV. The Bloomington Police Department had received a missing persons report on Friday afternoon, and Wilson's body was discovered later that day, the Indianapolis Star notes.

“I can't even stop crying," a friend of Wilson's told local news station WTHR. "I keep expecting her to text me back or to wake up and this all be a horrible nightmare.” 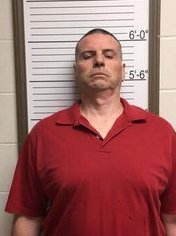 Investigators found the body of the Gamma Phi Beta sorority member near a road in the community of Needmore, Indiana, around 20 miles from IU Bloomington.

"The entire IU Bloomington community mourns the tragic death of Hannah Wilson," said IU Communications Director Mark Land, according to the Indiana Daily Student, a student newspaper. "Our deepest sympathies go out to Hannah's family and friends during this unspeakably sad time."

Police have not released information on the connection between Messel and Wilson.