The theologian Hans Kung has always been very hard on Joseph Ratzinger’s papacy, and was particularly disappointed by Pope Benedict XVI’s last audience. He did not expect that the resigning Pope would decide to stay in the Vatican to wield his influence. A situation without precedent. Two Popes in the Vatican?

Let’s be clear, I don’t have anything against Joseph Ratzinger. I wish him all the best. I have nothing against a nice life, in a place where one can rest. We are the same age. … Initially I thought that retreating in a convent to pray was a good decision. But now it seems this is not the plan. It is very dangerous to have a former pope living in the actual Vatican. Who does not live in a monastery. He will not live with monks, but with nuns who were at his service in the Vatican when he was pope. He will have the same secretary, Father George. He wants to remain in contact with cardinals and with the new pope. I was afraid of a “shadow pope” in the Vatican. Now it seems confirmed. He is certainly interested in prolonging his line, otherwise he would not have done it like this. What could happen?

He is not exactly going on a mountaintop to pray. Rather, he will have the possibility to intervene constantly. It is a dangerous situation. I see many conflicts. I live near Lake Constance, where we had the Council of the Western Schism, with as many as three popes. It was the 15th century. The situation was obviously different then. … But if, for example, the future pope says, “it is necessary to discuss the celibacy of priests,” as the current Cardinal of Scotland has said, whoever doesn’t want this will turn to the old pope [for support].

The next thing to consider is the division of the Roman Curia and the entire Church. For instance, John XXIII could not have convened the Council with this system. Do you foresee a kind of interference?

A secret interference, an uncontrollable one.

Ratzinger says, “I’m out, but I am in the center of the Vatican.” So, that’s not good. Of course, he will not have official communications, but infinite private meetings. How is it possible, for example, that Father George Gaenswein, who was the former pope’s secretary, is also prefect of the current papal household? With control over the antechamber and decisions on audiences. He will represent a continuous communication between the papal palace and the former pope.

This has been prepared for a long time. It is part of a clear strategy. Just think of the appointment of his secretary as archbishop (last December). The curia have defined this as "the new nepotism." Or there is the Holy Office Prefect, a friend and disciple of Ratzinger, Bishop of Regensburg. Less accepted in Germany among the bishops… Could these appointments change?

In the conclave, they will discuss this and the right may say, “We do not want one who will change everything.”

"Whoever assumes the Petrine ministry no longer has any privacy,” said Benedict XVI today. “He always belongs to everyone, the whole church." As a theologian, is a "forever pope" sustainable?

As a theologian I can say that the Petrine ministry, introduced in the Middle Ages, is not a sacrament. One can be ordained priest, and then ordained bishop, but remains a priest forever. But the pope no. There is no ordination to be pope. There is no sacrament. 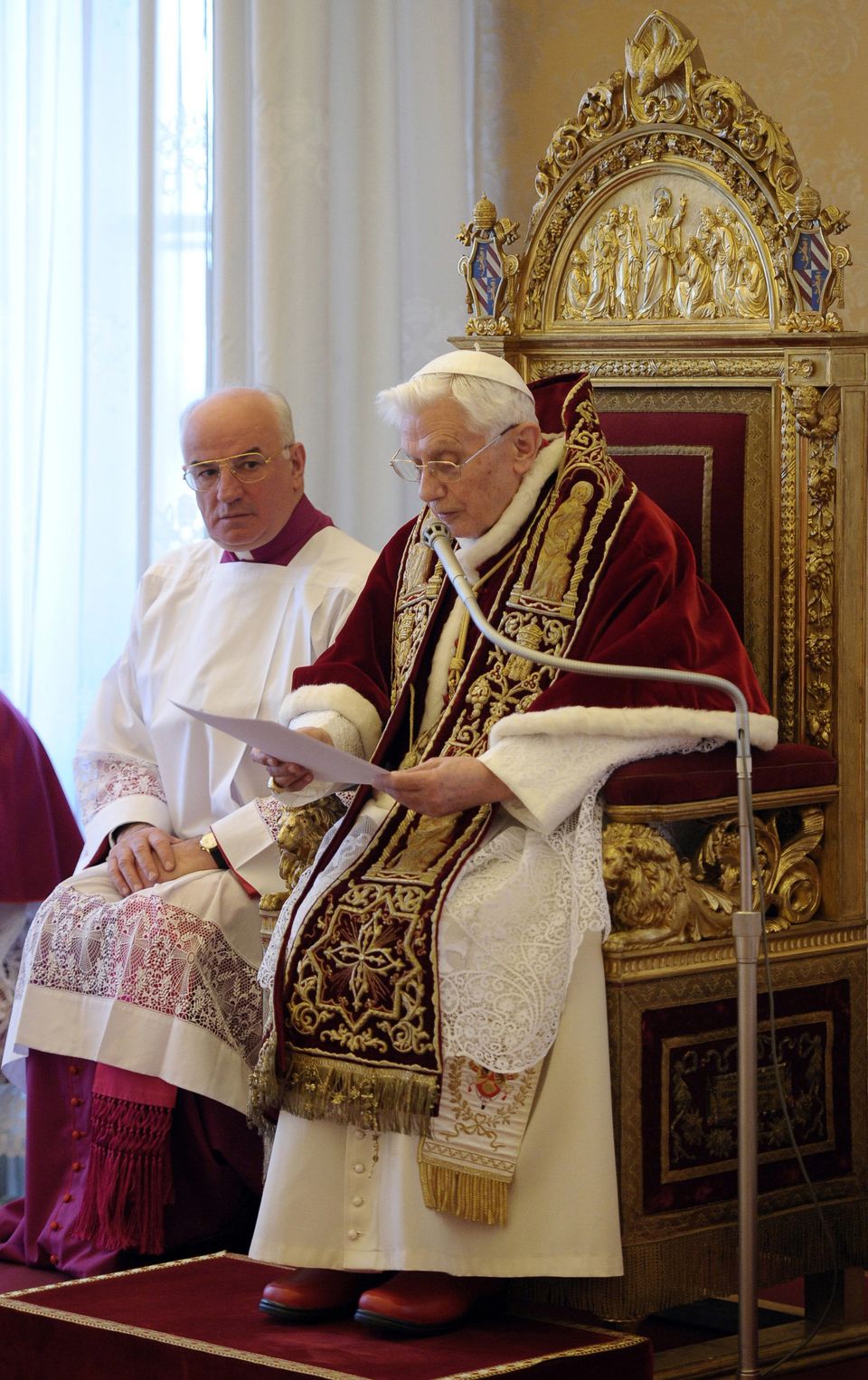