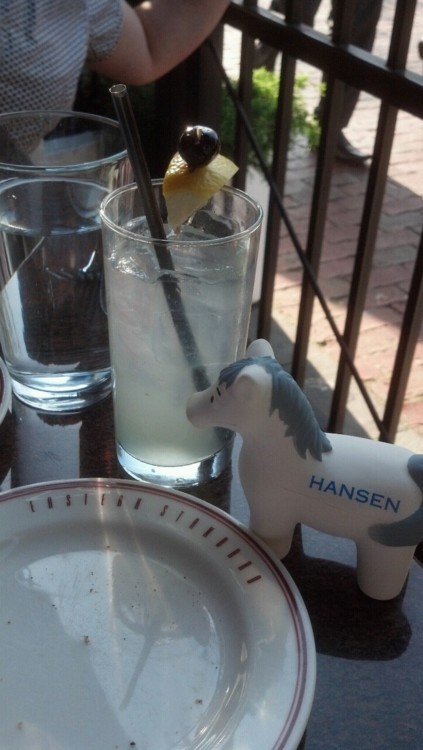 Hansen drinks away the stress of the Derby campaign.

On his first outing on Sunday, he joined a group of retired thoroughbred racehorses learning the a new career at a clinic. 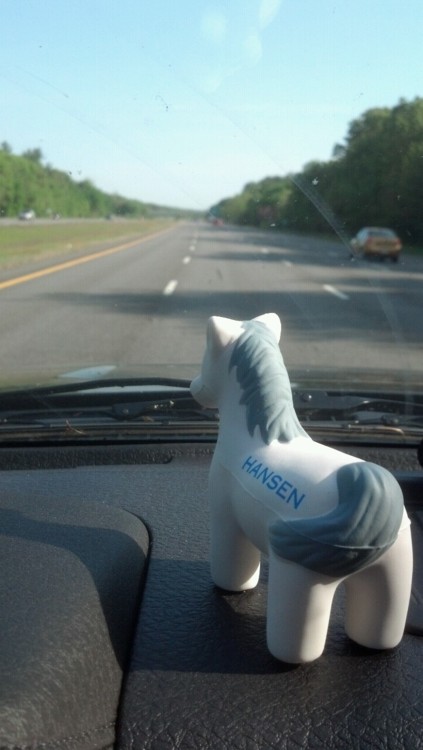 Secretly, he was horrified that there were no plans to visit a breeding shed... but he plays along... 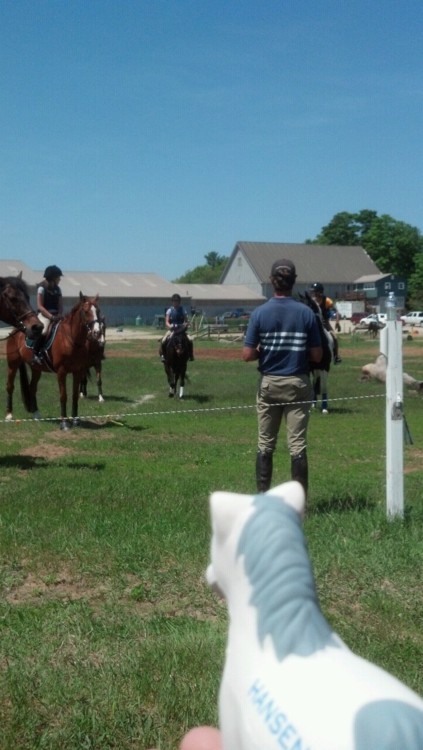 Mini Hansen gathers round at the start of the clinic session

Realizing he must be a role model, Mini Hansen stepped up, jumped a few fences. 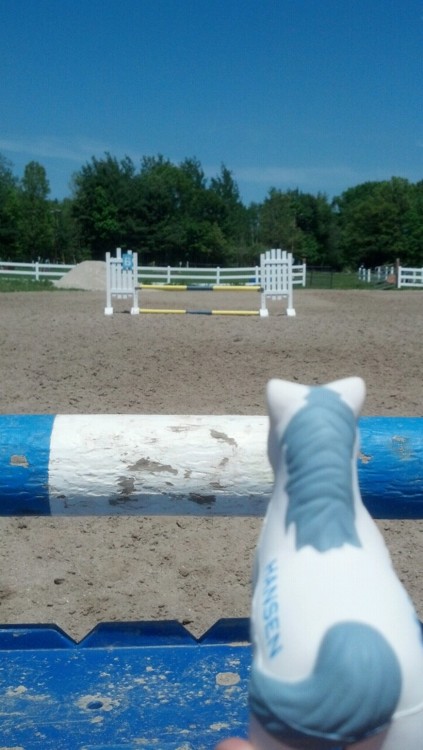 ...and clears the first fence handily

Mini H admired the Boston skyline, before he returned home to his secret stable, where he awaits a new adventure. Doc thinks it's going to be a race... we shall see! 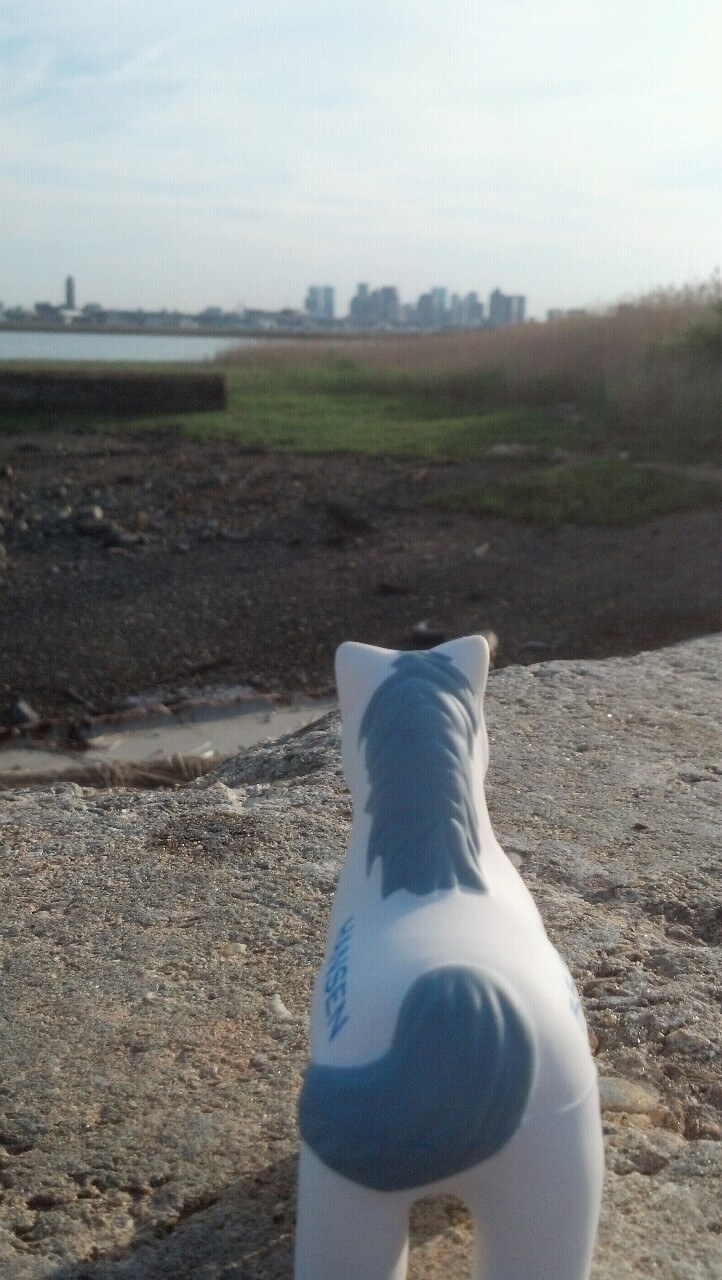 No Mini Hansens were harmed or endangered in the pursuit of this story. To follow the exploits of Mini Hansen go to minihansen.tumblr.com/

All pictures and captions used with permission of Jen Montfort, the Hansen Whisperer