The name Hantz Farms conjures up strong reactions from many Detroiters -- especially those involved with the city's urban agriculture movement. After nearly four years the controversial development project, originally envisioned as the world's largest urban farm, is scheduled to go before Detroit City Council on Tuesday.

According to Marcell Todd Jr., director of Detroit's City Planning Commission, if approved, the Hantz deal would be "the largest speculative land sale in the city's history." In its current form, the proposed transaction involves the sale of about 1,500 parcels -- roughly 140 acres of land -- on the city's east side to John Hantz, Detroiter and financial services magnate, through Hantz Woodlands, a division of Hantz Farms. The proposed area would lie roughly between Van Dyke and St. Jean Street and Jefferson and Mack Avenue.

The businessman is seeking to transform the area into a mixed hardwoods timber farm, pending the approval of a city urban agriculture ordinance, but has also indicated a willingness to purchase and maintain the land simply in order to make the area more livable. Despite these changes, the issue remains as contentious as it has ever been. While some see the project as boon to a blighted neighborhood, others feel the businessman is receiving special treatment and worry about its long-term implications.

The Bing administration has pushed to have the deal processed as a simple purchase agreement, but members of council's Planning and Economic Development Committee have asked for a more detailed plan. Last Thursday during a meeting of the committee, Council members Saunteel Jenkins, Kenneth Cockrel Jr. and Kwame Kenyatta decided to put the measure up before the full council, but requested that it be submitted as a development agreement with a reverter clause allowing the city to back out, if the company violates the terms of the deal.

"I support having someone come in and buy these properties who will clean them up, who will keep them up, even plant trees," said Councilwoman Jenkins. "[But] if the agreement is not to my satisfaction Tuesday, if it's up for a vote, my vote is no."

Councilman Cockrel said although he has received a deluge of phone calls and emails both for and against the deal, he was concerned there was a perception of unfair treatment, noting that the Bing administration seemed to be proceeding with the Hantz Farms transaction despite promises it would hold off on urban agriculture developments until an ordinance was passed.

Edith Floyd, a Detroiter who's been farming for nearly 40 years, was less measured in her feelings.

"He's getting a special deal. The city is not treating us fair at all," she told The Huffington Post.

Floyd maintains 32 lots on the city's east side, operates a greenhouse and runs a small business called Farming in the City. Although she eventually got a temporary permit for her greenhouse, she said that the city didn't make it easy for her. She thinks the city should be selling the land to people like her who have already been taking care of city lots.

Greg Willerer and his wife Olivia run a one-acre farm called Brother Nature in Detroit. He told The Huffington Post there is widespread opposition to the Hantz deal among those involved with Detroit's urban agriculture movement.

"I don't know of anyone who's supportive of it," he said. Like Floyd he believes the city needs to support smaller farmers who grow food for their livelihoods.

"It's really insulting. It's really frustrating. We have huge amounts of land, and the city could sell a lot of this land for farming. If you're not going to sell us the land, at least give us the land to lease for ten years."

Citing the example of the Birdtown Community Garden, which was recently destroyed to make room for a local business, Willerer said he felt Detroit's power brokers tend to see urban gardens only as placeholders for other types of development.

"They still want Detroit to be this Chicago-type city. It's not and it never will be," he said. "There's a vibrant food system and it's kind of exciting to see all this change going on. The city should help us or get out the way."

Others like Malik Yakini of the Detroit Black Community Food Security Network are concerned about the long-term power dynamics of the deal.

"As we struggle to foster food security, food justice and food sovereignty the question of land, who 'owns' it, who controls it, and who benefits from it, must be in the forefront of our discussions," he said in a recent Facebook post.

Hantz Farms president Mike Score told The Huffington Post that the primary purpose of the deal is to improve the community. He said his company plans on demolishing abandoned structures, mowing the grass, removing trash and debris, planting trees and paying taxes on the property.

"We'll make the neighborhood more attractive, more livable and, then, also, by eliminating the publicly-owned blight, the private property increases in value."

As for those who say the deal is a land grab or that Hantz Farms is getting special treatment, he says they're mistaken.

"It's not been an easy process, but we're not complaining," he said. "We've been negotiating for four years and the expenses have been significant -- and if that's special treatment, then I feel sorry for everybody else."

Look below to see how plants are being used to remediate toxic soil in Detroit. 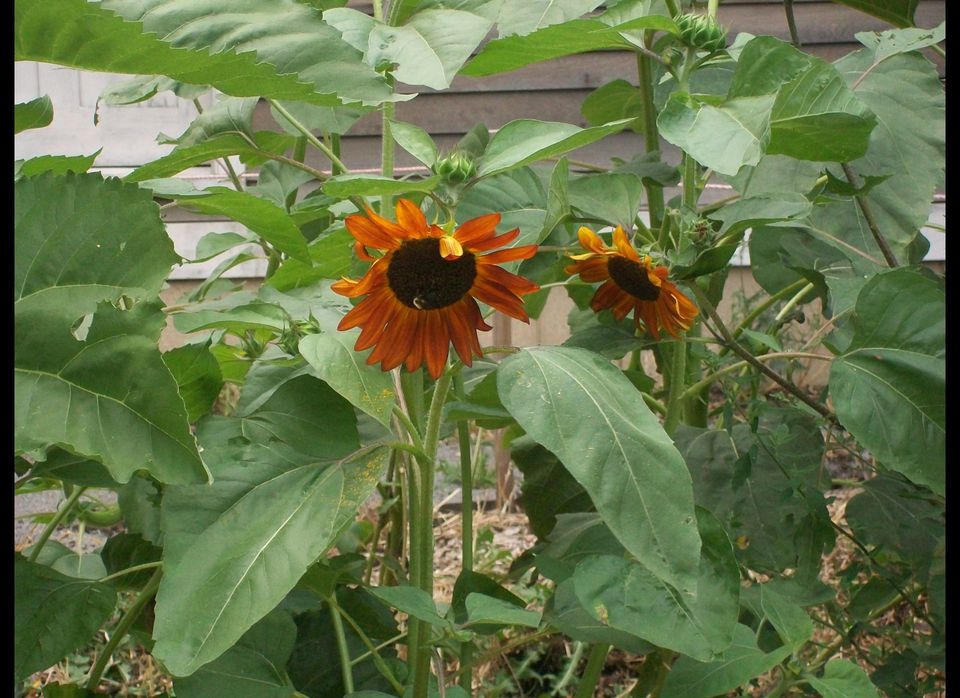