(Reuters) - The National Menorah was lit near the White House on Sunday for Hanukkah, in a celebration that features the U.S. Navy Band and is one of the most high-profile events in the country to mark the Jewish holiday.

The eight-day Hanukkah celebration, also known as the Festival of Lights, starts at sundown on Saturday.

The lighting of the National Menorah in Washington, on the Ellipse near the White House, dates back to 1979 when then-President Jimmy Carter participated in the ceremony at nearby Lafayette Park.

The event is organized by the Chabad-Lubavitch movement of Hasidic Judaism, and will include a performance by the U.S. Navy Band and servings of hot potato pancakes, or latkes, and doughnuts.

The lighting of the National Menorah will take place at 4 p.m. on Sunday.

President Barack Obama said on Friday in a statement that Hanukkah was "a time to celebrate the faith and customs of the Jewish people" but also "an opportunity for people of all faiths to recognize the common aspirations we share."

Obama and his family presided over the lighting of the National Christmas Tree on Thursday near the White House.

Jewish communities across the United States are set to celebrate Hanukkah with a variety of public events.

In New York, the third night of the Festival of Lights will be the occasion for a unique party, in the form of a Hanukkah on Ice event on Monday at Trump Wollman Rink in Central Park, where participants will strap on their skates, eat free kosher food and listen to Jewish music.

In Los Angeles, Mayor Antonio Villaraigosa will participate in the lighting of a 15-foot menorah at an entertainment district in the city on Sunday evening.

Hanukkah is a Jewish holiday that commemorates the 2nd century BC victory of Judah Maccabee and his followers in a guerrilla revolt in ancient Judea against armies of the Seleucid Empire.

The Menorah is a key part of the festival, because according to Jewish tradition, the Maccabees found only enough ritually pure oil to light a ceremonial lamp in the temple in Jerusalem for one day, but the oil burned for eight days. 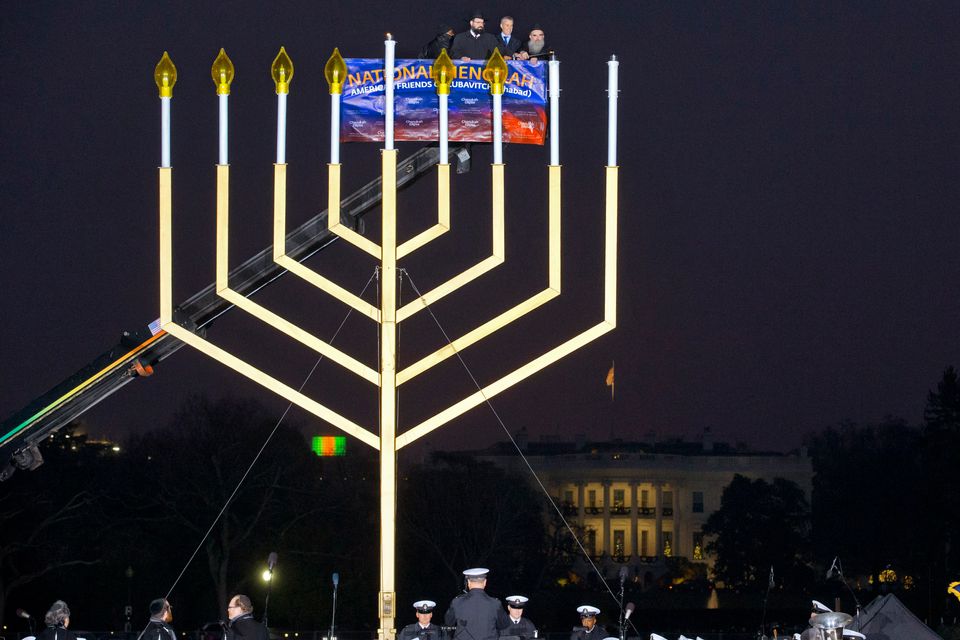