Hanukkah, the Jewish Festival of Lights, is celebrated for eight days beginning at sundown on Dec. 6, 2015. On the Hebrew calendar, the dates are 25 Kislev to 2 Tevet in the year 5776.

Click through for a collection of Hanukkah recipe ideas:

How is your family celebrating holidays? Share with us on WhatsApp!
To send us images and stories:
1. Download WhatsApp on your phone.
2. Save this number, +1 646 522 3114, in your phone’s contacts.
3. Send us photos of your celebrations with a short description via WhatsApp.

Hanukkah 2015: Dates, Rituals And History Of The Festival Of Lights
Hanukkah Menu Ideas 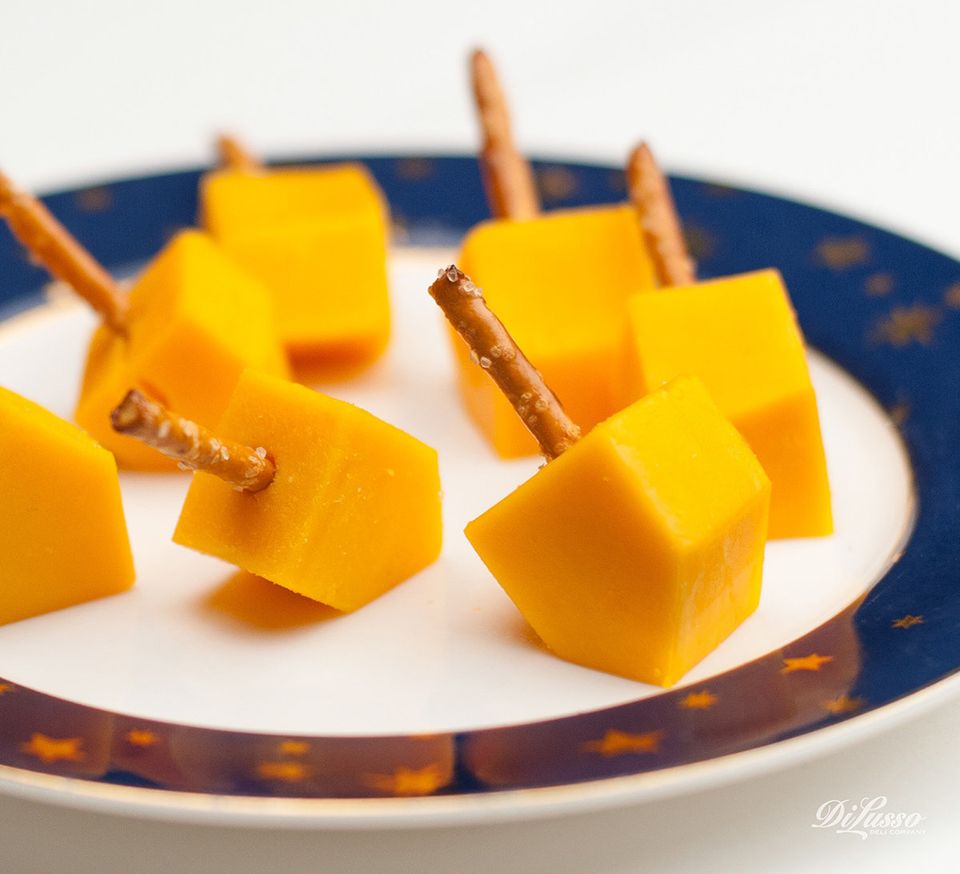 1 / 19
Cheese Dreidels
This idea, <a href="http://www.dilussodeli.com/features/cheese-dreidels" target="_blank">from DiLusso Deli Company</a>, is simple — cut cubes of cheese into dreidels (use different types for flavour and colour appeal), then stick a pretzel in for fun!