An eight-day celebration, Hanukkah commemorates the rededication of the Second Temple in Jerusalem in the second century B.C. during the Maccabean revolt against oppressive Greek rulers. Jews celebrate the holiday by lighting a nine-branch candelabrum, commonly called a menorah. (Technically,/www.myjewishlearning.com/holidays/Jewish_Holidays/Hanukkah/At_Home/Candlelighting/Hanukkiah.shtml"}}"> the candelabrum for Hanukkah is called a hanukkiah to distinguish it from the seven-branch menorah used in the Temple and described in /www.mechon-mamre.org/p/pt/pt0225.htm"}}">Exodus 25.)

Today, Jews everywhere light menorahs on each night of Hanukkah. Traditionally, one candle or flame is lit for each night until the eighth night, when all eight lights shine together. The menorah has a ninth “helper” flame — known as the shamash — used to light the other candles. This is necessary because in Jewish law, the Hanukkah lights’ only purpose is to visually proclaim the miracle of the holiday. Jews place the lit menorah in a prominent window in order to fulfill this commandment.

Gift giving is now a common practice on Hanukkah, and it is therefore a beloved time for many Jewish children. Fried potato pancakes (latkes) and doughnuts (sufganiyot) are traditional fare, and a spinning top (dreidel) with four Hebrew letters has become synonymous with the holiday. The letters — nun, gimel, hei, shin — form an acronym for the message of Hanukkah: A great miracle happened there.

Hanukkah 2016: Dates, Rituals And History Of The Festival Of Lights
Vintage Hanukkah Photos 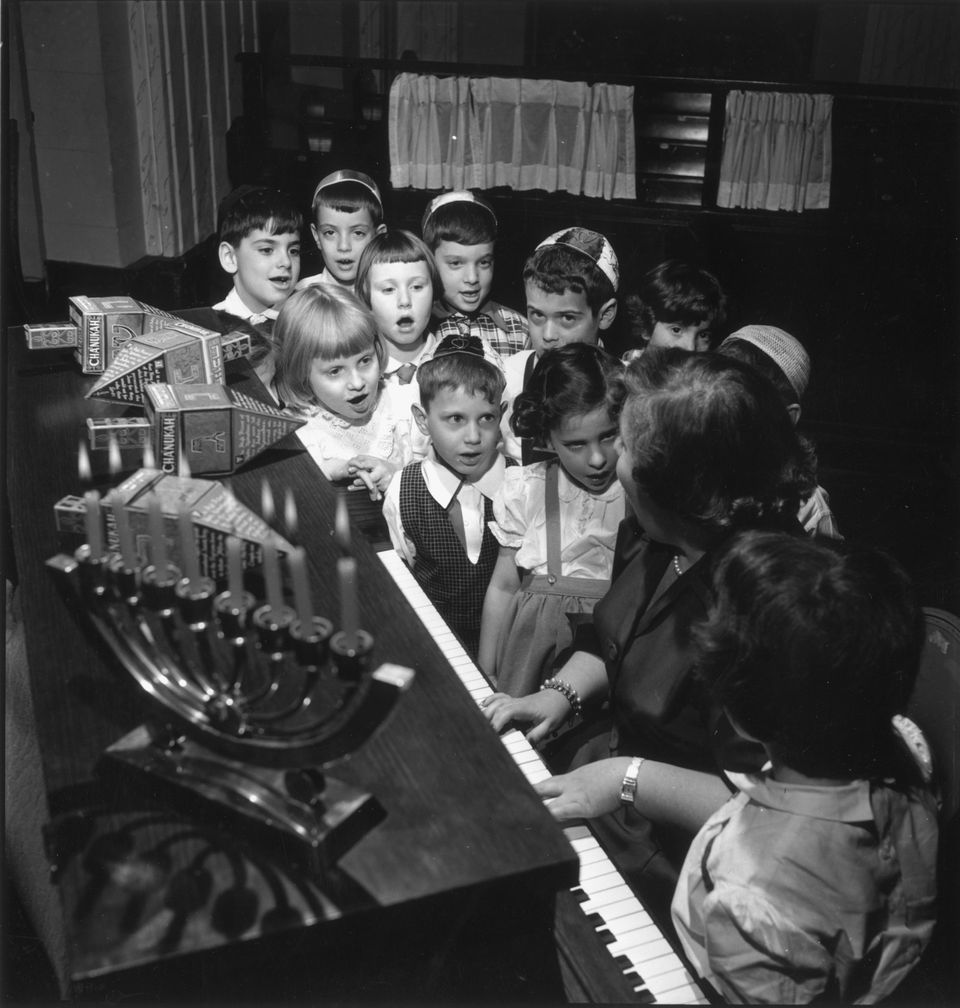 1 / 10
This band of friends singing their hearts out.
1955: Young Jewish children gather around the piano to perform songs during&nbsp;Hanukkah.
George Pickow via Getty Images