I got hygge in Skagen. Admittedly, my resistance was low. I was vulnerable, susceptible to it. I was jet-lagged and traveling alone, carrying the baggage of flying solo on a trip I had planned to make with my mother, who had subsequently been diagnosed with terminal cancer and was unable to travel. After an all-consuming 25-year career, I was just easing into a new and foreign lifestyle of semi-retirement -- that had commenced just days before the economy and stock market plummeted. Yes, I was a set up to be infected with hygge. And, based on my experience, I hope you catch it too.

I had read about the Danish phenomenon of hygge (pronounced "hue-ga") before arriving in the country, and came into contact with it almost immediately after landing at Aaolborg airport. Upon first hearing the word hygge uttered, its guttural pronunciation was foreign to my ears, and my instinct was to issue a Gesundheit!

I had splurged on a driver to deliver me from Aaolborg to Skagen, the northernmost point of the country. Soon after meeting Kaj, I asked him about hygge, and what it meant to him. He screwed up his face, thinking intently, eager to help me understand.

"Well... it's the family, around the table, having wonderful conversation. With a fire in the fireplace. And candles lit, lots of candles." 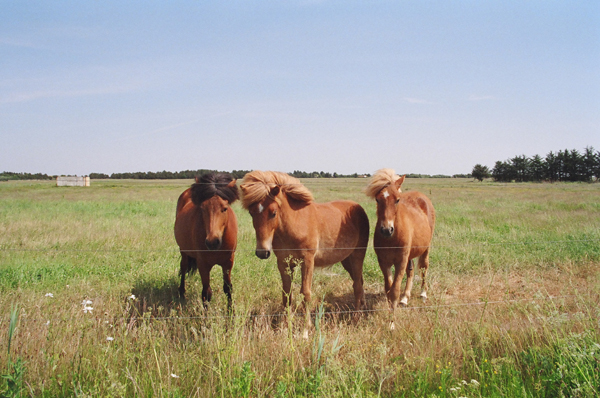 We decided to stop at a small town en route to Skagen, and as we pulled into a parking lot in front of the harbor, I let the hygge discussion drop. Saeby, or "sea town," was a picturesque village that inspired a number of Danish writers, including Henrik Ibsen. His play, The Lady from the Sea, is commemorated here with an impressive statue -- it puts to shame Copenhagen's diminutive "Little Mermaid." A series of sky blue tug boats were moored along the small port, amid sleek white sailboats and chunky houseboats festooned with floating gardens of geraniums and marigolds.

Saeby was set amid verdant fields and separated from the sandy shoreline by a narrow canal, lined with brightly-colored boats in shades of green, blue and red. Blonde, sunburned families sat at picnic tables outside small takeout eateries, licking ice cream cones. Standing sentinel over this riot of color was the stark white tower of Saeby Klosterkirke, a former Carmelite monastery, the lines of its roof ascending like steps to the tip of its peak, in iconic Scandinavian architectural style. 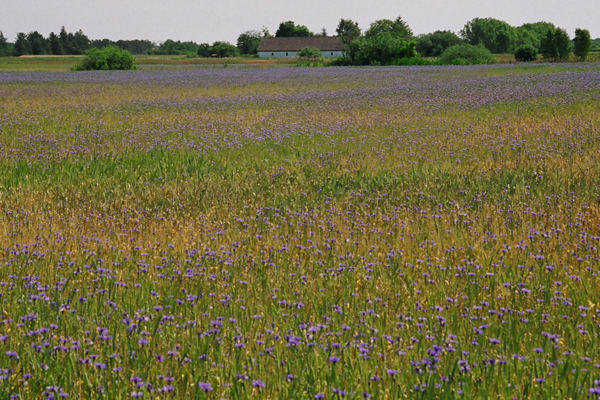 Kaj also humored me with several pit stops so that I could take photographs of the stunning scenery. Over the next 20 miles I saw images so vivid and beautiful it seemed as if they were conjured up on my command -- a massive field of lavender stretching out to the horizon, with a simple, stark white cottage in its midst; three compact and stocky Icelandic ponies, in a field of emerald green, heads tilted at the same angle, huge liquid eyes looking directly at me; a charming millhouse on the banks of a stream, the wooden slats of its paddle wheel slapping the water. Kaj pointed out the salmon ladder aside the mill's small waterfall, designed to help the fish home on their annual migration to spawn. Each of these scenes spoke to me of contentment, fulfilled some longing.

My tutorial was tabled as we turned into the nearly empty parking lot of Rabjerg Mile, a huge expanse of undulating sand dunes 12 stories high and more than a half mile square. They are easily accessible and open to the curious.

Kaj and I climbed the massive sand pile, laughing as we battled the strong wind that has been slowly moving this patch of earth for more than 300 years. It was an exhilarating hike to the top and as we caught our breath, Kaj pointed for me to look back. Our footsteps were already being erased by the wind.

According to biologist Poul Lindhart, the projection of land known as the "Skaw," which includes both Skagen and Rabjerg Mile about 12 miles to its south, first formed during the Ice Age. The dunes on the west coast of this promontory were initially covered with vegetation, but the effects of the Little Ice Age of the 1500s, combined with overgrazing by livestock, stripped them of the plant life that anchored them in place.

Thus began a massive migration by the dunes of more than a half mile between the 1300s, when the area was first settled, and the late 1700s. While other sandy areas of the Skaw have been planted since the 1830s to prevent such drifting, the Rabjerg Mile is allowed to go where the breeze takes it. It is heading eastward toward the Baltic Sea at an annual rate of 16 to 22 yards.

An ediface to the power of forces unseen is Tilsandede Kirke, or "the buried church," located in the nature reserve of Skagen Klitplantage. In the 1790s, St. Laurentii, as the church is officially named, was all but swallowed by the great sand drift that created the Rabjerg Mile. The parishioners gave up digging it out, and now only the church tower remains as a place of pilgrimage for tourists. 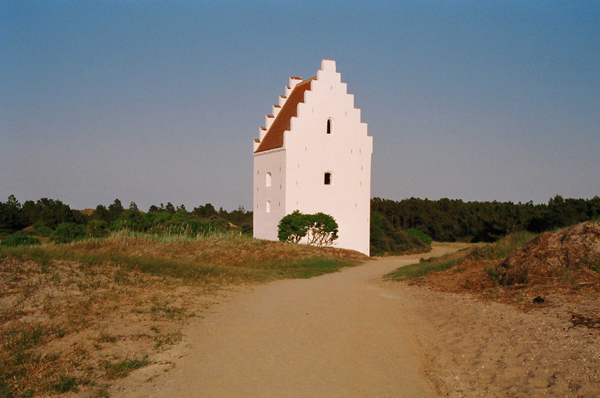 I walked through the heather and pines to the church, marveling at the white-washed tower protruded out of a rolling hill, the lines of its roof ascending like steps to its peak. Alone with this monument to Mother Nature's omnipotence, I photographed the mysterious, serene spot in the extended "magic hour" of one of Denmark's long summer days.

According to Sabine Kirchmeier-Andersen of the Danish Language Council, the word hygge exists in Danish and Norwegian and is used to express a feeling or atmosphere of "comfort, cheerfulness, coziness, friendliness, bonhomie." Its Old Danish root of "hugh" means "remembering with a certain state of mind." The buried church qualifies.

After arriving in Skagen I was ready to stretch my legs, and made the trek past three lighthouses to Grenen, meaning "branch," the very tip "top of Denmark," as the area is also known. The blue waters of the calm Baltic, or Kattegat, lie to the east, and the green choppy surf of the North Sea, or Skagerak, pounds the shore on the west side of Grenen. While it's light until about 10 p.m. during the summer months in Skagen, the beach was sparsely populated at 5 p.m. as I made my way out to the point.

I passed the grave of 19th century painter Holger Drachmann, tucked among the dunes, thinking it was a lovely spot to spend eternity. I wondered if someone could actually be buried on the Grenen now if they so desired.

I watched three Sandormen -- open-air tourist trolleys pulled by big-wheeled tractors -- wind their way out to the farthest reach of the sandy point, and then saw a small crowd spill out onto the spit of land. Reaching the headland, I saw I had joined a wedding party, dapper and dazzling in tuxes and gowns, a dozen of whom stood barefoot on the Grenen's tiny tail curving out into the water. I felt privileged to witness others' hygge.

Making my way back along the shoreline, I waded through the crystal clear waters with shoes in hand, when a lovely lavender shape floating with the tide caught my attention. I stood mesmerized by the motion of the jellyfish, a species that had stung me as a child, seeing it not a threat but a thing of beauty.

I later learned that hygge has been called the "spiritual foundation of Denmark." In my ongoing encounters with life's unknowns, I try to remember my Danish lesson in going with the flow. 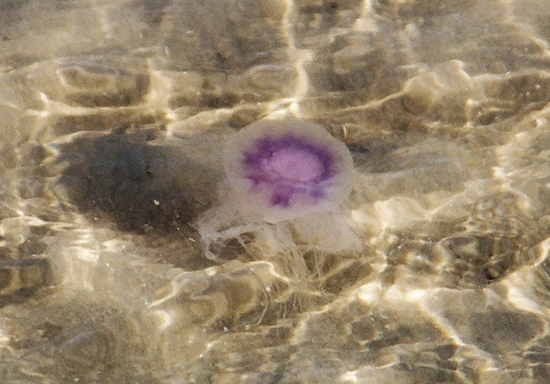