If you were to ask a random group of people about their goals in life, many -- if not all -- would likely rank "find happiness" among their top ambitions. The idea of achieving true bliss is something we're all looking for, but the big question is, how can we find it?

Life coach Erica Diamond says that you don't have to commit to a massive lifestyle change to create a happiness shift, nor do you have to embark on a lengthy spiritual journey to understand the concept. The truth about how to find happiness, she tells #OWNSHOW in the above video, is much simpler.

"Not a lot of people realize that finding your bliss is about sticking to a routine, which is odd, right?" Diamond says. "But the science actually does show us that man feels calm in sticking to a routine. So, while we may think that happiness comes from the spontaneous, we're finding the contrary."

One routine Diamond suggests adding to your own docket is an exercise that can help you be happier -- within four days. It's simple: Write down your own attainable bucket list and routinely cross off items you have accomplished.

"We're seeing all sorts of studies about happiness and writing down our goals and dreams," Diamond says. "When we looked at people who actually wrote about their hopes and dreams for just 20 minutes a day, after four days, they had a shift in happiness -- and it lasted for weeks."

In creating your bucket list, don't fill line after line with sweeping, lofty desires. The exercise only works if you keep your goals more digestible. "It is all about baby steps," Diamond says.

Of course, even when you've made happiness a priority, you're still not exempt from the occasional downtrodden mood. To lift your spirits and avoid getting too sidetracked from your goals, Diamond suggests another simple and effective exercise.

"I like to take eight deep, diaphragmatic breaths," she says. "I like to breathe in for eight, I hold for five, I breathe out for eight."

Ultimately, Diamond adds, it's important to remember the intrinsic nature of happiness and remain focused on the internal factors that can create this powerful shift.

"No one is going to make us happy," she says. "The key to our happiness resides inside, so it's about finding the key, turning the lock and making it happen for yourself." 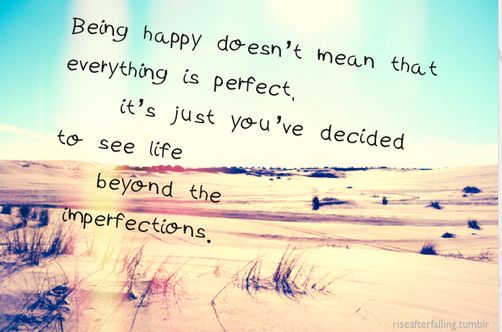