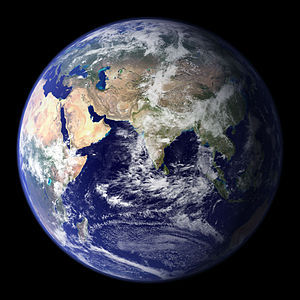 Do you view yourself as a spec within the cosmos, or the cosmos within a spec?

If you view yourself as the latter, you likely envision a world of possibilities within you. But if you see your identity as the former, exploring your bigger self can prove a daunting proposition.

Questions about man's identity present an ever-growing topic of conversation and debate. With evidence coming from quantum physics and expansive ideas arising from metaphysical minds, we are challenged more than ever to see ourselves through a new -- and sometimes revolutionary -- lens.

Are we part of the All and, therefore, potentially big? Or are we insignificant particles, accidents of an illogical and foreboding universe?

"The God who existed before any religion counts on you to make the oneness of the human family known and celebrated." ~ Desmond Tutu

My earliest notions about man's identity came from preschool days. Before acquiring religious training that presented an angry God banishing Adam and Eve from the Garden, I envisioned our cosmos as a friendly extension of a Loving Creator.

I imagined God as benevolent, equally inclined toward all. We earthlings might be "youngish" or unlearned, but our identity as part of Him was irrevocable. So was our destiny.

Like many others, I grew up in a world that taught division, smallness and fear. Several of these "lessons" challenged me but failed to vanquish my belief in mankind's potential bigness. I yearned to see greatness manifest in everyone. And, as a result, I prodded, promoted and coaxed it in others -- frequently to a fault.

Whether functioning as corporate manager, wife, mother or friend, I routinely encouraged those around me to step into their personal greatness -- their bigness. I was overjoyed to see some embrace and extend their talents but often felt frustrated by others whose untapped potential remained dormant.

Why would these people deny themselves and the world from seeing their greatness? I wondered.

Ironically, I would learn to confront notions about my own identity and willingness to explore my bigger self. It began nearly a decade ago with a friend's unexpected admonishment.

"Maura," she intoned, "Stop hiding. You're not showing your true colors because you're afraid others won't like you."

To a degree, she was correct. I was more comfortable encouraging bigness in others than I cared to express it in myself.

I privately wondered about potential rejection if more of me were to come to the surface. If I extended my inspirational reach to public proclamations, would my present circle consider me too uppity -- or even conceited?

I was about to find out.

"Growth is the great separator between those who succeed and those who do not. When I see a person beginning to separate themselves from the pack, it's almost always due to personal growth." ~ John C. Maxwell

My journey from obscurity has been a plodding, yet deliberate one. The process of inspiring others required the un-doing of some of my own well-worn mindsets and forced me out of a number of comfort zones. Yet having to embody, rather than merely report on, my message has proven an energizing and broadening experience, too.

The old order of my cosmos has been upended, but a new one continues to emerge. Several faces have disappeared from my life but the greater world seems to welcome the bigger version of me.

The other day, my husband yelled up to me from his office after opening emails. "You're featured on the conference roster!"

I knew which conference he meant. It's an international business conference, the fifth and largest venue at which I'll be speaking during an upcoming, overseas trip. As storyteller and inspirer, I'll be encouraging listeners to unbridle their talents, pursue their passions and present something greater -- and bigger -- to an awaiting world.

Am I happy to be exploring my bigger self? Yes.

I'm no longer frustrated by attempts to convince one person at a time to grow into personal greatness. I'm doing it myself and seeing a world respond to the call.

May you explore your own bigger self and enjoy greater dimensions of happiness, too! 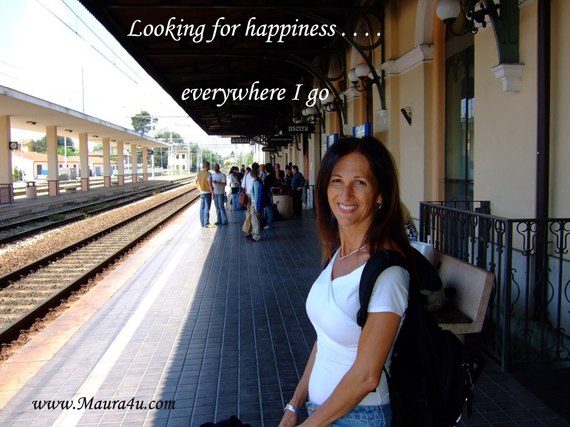