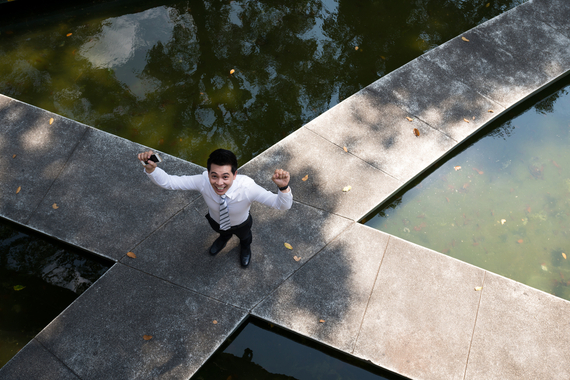 I had a lunch with an acquaintance recently, and by the time we finished our food and conversation, we had the beginning of a beautiful friendship. We talked, we shared and we listened to each other and really held space for what was going on in each other's lives.

My friend used to be a wild boy. He partied quite a bit, hanging out with the crowds that also partied quite a bit and often didn't get home until late at night from the bar-networking scene. The next day, he was back at it again. He noticed that the people he was attracting in his life all led crazy chaotic lives. The sweet irony is that he also realized he was looking in the mirror. He led a pretty crazy chaotic life.

His personal life was not satisfying. He found he was less productive at work. His health was not in a good place. He realized that the perception others had of him was not at the level he wanted to be regarded.

With that new understanding, he asked himself some very important questions that became the turning point in his life and his success.

If I was introduced to me today, would I like myself? Would I think I was funny and clever, or brash and shallow? What impression do I give others? Are my values in alignment with the people I am attracting in my life?

Do I want to spend time with me? Am I courteous and thoughtful and fun to be with? Am I considerate of others? Did I leave a good impression with hopes for a second date or are they running for the hills?

Time for an integrity check. Am I true to my word and authentic? Do I influence others in a positive way? Am I someone others look up to or shake their head at in dismay?

Am I interested in more than the paycheck? Have I taken the time to hone my skills and develop my potential? Am I a team player?

My friend said asking himself these questions really made him up his game and re-evaluate the lifestyle he was leading. He is now focused and has set his intentions to create a more purposeful life. While he is not judging anyone else, just merely making the changes he felt he needed for himself, he also understands that part of raising his game was to up the caliber of the people he was hanging with.

Before we can make meaningful connections with others, we have to first connect with ourselves. Once we know and like who we are, we can project that out into the world and attract those into our lives whom we are in alignment with.

Self-evaluation is not easy. Making changes is even harder. The rewards for taking an honest look inward and upping your game is a sure formula for happiness.

Speaker, writer, connector. Striving to be healthy every day. Loves a sense of humor.