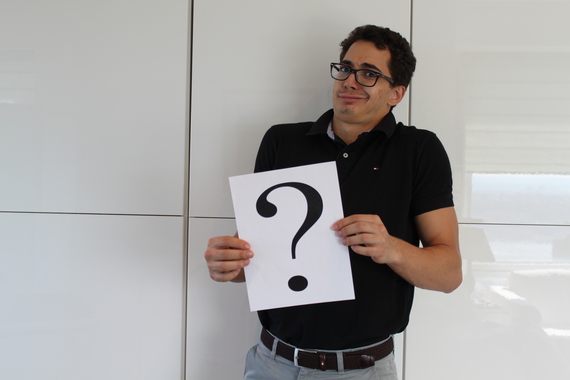 When I came to Amherst College, I left Egypt - a safe, familiar space of confined questions and censored answers. Without a doubt, I would have proclaimed, "I am ready for America!" Yet, when I landed, I remembered the sensations of the beautiful Egyptian sun on my skin and the taste of majestic falafel sandwiches. As the months went on, nevertheless, I was able to deal with homesickness until a particular assigned reading, The Myth of Sisyphus by Albert Camus, challenged my progress. In his odd essay, Camus presents a philosophical reinterpretation of the Greek myth in which he portrays the mortal Sisyphus as joyous. Even though Sisyphus is condemned to roll a boulder up a hill in the underworld only to see it "rush down...whence he will have to push it up again towards the summit," Camus concludes that one must imagine Sisyphus happy. Baffled, I asked myself, how could Sisyphus be in a state other than utter misery? Yet, after much thought, I found myself relating to Sisyphus.

When I was young, a deluge of questions regularly occupied me. As an Egyptian, I was told to stay away from certain questions, particularly about the existence of God or the validity of holy books. However, I felt liberated from social constraints and greatly excited by those very questions, as they offered me an unexplored perspective. As I grew up, the web of unanswered questions began to unravel, and I realized that the more I sought knowledge, the more independent I became, finding that the shunned questions most often led to my greatest personal discoveries. It was only following those years of inquiry that I grew to know myself - it was only then that I found inexplicable happiness in answering my questions and embraced the spirit of inquiry.

Similar to Sisyphus rolling his boulder, I continue my questioning despite the difficulty. In fact, this past summer I worked with Open Future Institute's "The QUESTion Project" despite my parents' disapproval. This program validated the importance of establishing a space in education for students to ask and think freely. Ordinary conversations turned to "Why does it take courage to love?" or "How are our lives interconnected?" It cannot be denied that contemplating big questions allows us to expand our world, an endeavor that forces us to think beyond and for ourselves. In a generation where Google is considerably our know-it-all friend, I find unanswered questions most interesting, as they force me to use my imagination. Although questioning the universe has made me suffer the derogatory labels of "heathen," "infidel," and "lunatic" in my culture, I am on a quest for the truth, and to procure a truth for oneself, one must struggle - one must choose an open road.

When I think of the Sisyphus assignment today, I believe my moment of loss was when I asked myself whether life is futile labor and whether greatness is merely an illusion to overshadow the gloom of imminent death. How could Sisyphus be in a state other than desolation? I then thought to myself, "By acknowledging his fate of futile labor, Sisyphus frees himself from his tragic condition, for 'crushing truths perish from being acknowledged'." Sisyphus' revolt against his imposed fate makes him superior to it, as he is able to find intrinsic value in his life: he can choose how to engage in his futile and hopeless labor, with sorrow or joy - he is the "master of his days." In one's finite number of days, one similarly has a choice of how one tackles life and great questions, as one chooses whether to be overwhelmed or empowered. I strongly believe that only a life of conscious choosing and questioning is a life that promises happiness.

Life is simple; the complicated part is how one lives life. By genuinely engaging questions, one can forge meaning in one's life and is thus one step closer to happiness. By revealing different paths, questioning educates us about ourselves as well as others. Markedly, I always remind myself that only a closed mind can be certain because if we become adamant about our beliefs and opinions then we have merely conjured the truth - the spirit of inquiry may never sleep. Through curiosity, one can genuinely deviate from the ordinary path that leads only toward an unexamined life. Questioning makes me feel alive, for then I do not only survive but also thrive. Indeed, I must be happy.