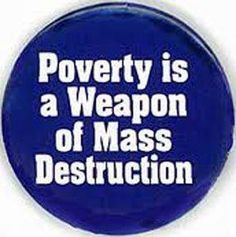 51 years ago this week, President Johnson signed a $1 billion anti-poverty bill called the Economic Opportunity Act. "Freedom," he said, "is not enough." The Act initiated a range of programs including:

Did it work? It's hard to tell and might have a lot to do with what answer a person is looking for. The government says that poverty dropped from 19% to under 15% in about two years and by 1967 was starting creep back up and ended right back at 19% in a decade or two. But a
new study
by some economists at Columbia University states that poverty might have dropped, overall, by 40% (if you take a little bit more into consideration than what the Census Bureau totaled up).

But if poverty really did start creeping back up in 1967, maybe it's because it started getting bad-mouthed by Republicans. Nixon joined that chorus and said there was "profit in poverty," which somehow justified diverting the funds of the Act to the Vietnam War. Reagan pretty much gutted the Act. Just recently, Congress cut aid to the SNAP program by $8 billion over the next ten years -- and states got so excited that they joined in with great ideas like not letting poor people buy steak or fish, cookies, energy drinks, lottery tickets or go to the movies.

America's come a long way, baby - from helping the poor to hating them. Today, almost every bullet point above is a knee-slapper, a political pipe dream.

But that doesn't take away from the courage and dignity of the Act itself. A forward-looking, compassionate and economically sane Act that was passed by a U.S. Congress. It was signed by a U.S. President. And that really happened 51 years ago this week. 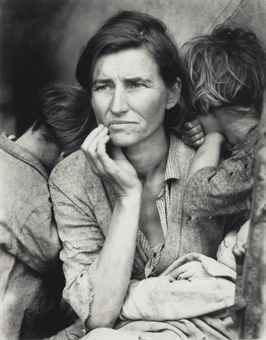