Nobel Prize winner Aung San Suu Kyi turns 70 on Thursday. That's the age when many people around the world think about retiring, cashing out, calling it a day. But the Burmese democracy leader is not slowing down or letting go -- despite a wave of recent criticism.

She's just returned from a VIP reception in Beijing with President Xi Jinping. Chinese leaders don't usually meet with opposition figures from another country, so protocol was stretched to allow the Communist Party to extend the invitation rather than the foreign office. You didn't need a degree in semiotics to see that Xi Jinping understands "The Lady" is someone to be reckoned with.

If Suu Kyi's party wins a healthy share of the seats in Parliament in elections this fall -- as many expect -- she'll be a genuine power broker. Yes, Suu Kyi is barred from serving as President by a constitution scripted by military rulers, but she could wield great influence as Speaker or as head of the leading party.

In the past, China stymied efforts in the United Nations to free the Nobel Peace Prize winner from 15 years of house arrest. China became her jailers' biggest trading partner and apologist. Last week, Chinese leaders warmly welcomed Suu Kyi with economic tours and calligraphy demonstrations -- while their own Nobel laureate, Liu Xiaobo, remained behind bars.

Billions depend on a new, pragmatic relationship with Myanmar (formerly known as Burma). The current quasi-civilian government in Myanmar has suspended several key Chinese investments in an effort to reduce their dependence on their colossal neighbor to the North. The giant Myitsone Dam and a trans-Burma railroad to connect China to the Indian Ocean were put on hold. China wants those projects back on track to get the markets and energy sources it needs. 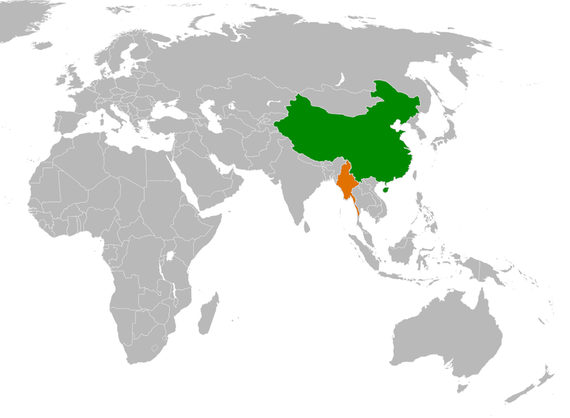 Back home, Suu Kyi returned to a fight for her reputation as well as votes. For months, she has been dogged by criticism that she has not spoken up about the plight of the Rohingya people. Originally immigrants from Bangladesh, the Rohingya have ended up stateless, stranded, and ostracized in Myanmar. Thousands of the Muslim outcasts have been marooned on boats as they have fled persecution. Thousands more are languishing in detention camps without decent food and medical care.

The BBC asked pointedly, "Aung San Suu Kyi: Where are you?" The Dalai Lama called for Suu Kyi to speak out.

In truth, Suu Kyi had spoken up, but not with the expected clarity or passion. She expressed concern that if she weighed in more forcefully, it might trigger "more blood." Commentators complained she was hedging her words to win more votes from the Buddhist majority in national elections. Both had a point.

The fall election will be the first relatively free ballot in 25 years. Aung San Suu Kyi needs every vote she can get to reduce the military's grip on the government.

Belatedly, her National League for Democracy put out a statement on the Rohingya crisis June 2. It called for a crackdown on human traffickers and an increase in humanitarian aid. Better border security was proposed and resolution of citizenship issues. Had the statement been issued two years before, Suu Kyi and her party might have avoided the crush of bad press. But because of the long delay, Suu Kyi's moral standing was tarnished.

Yet it is rarely wise to count "The Lady" out. Suu Kyi has struggled to find her footing as a politician from time to time, but she still enjoys a stronger following than her military rivals. The world will be watching this fall to see if the five-year-old "Burma Spring" continues -- or implodes like the movements that budded briefly in the Middle East. Myanmar has become the 13th fastest growing economy in the world, thanks to more than $50 billion that has poured in from more than 500 foreign businesses.

The U.S. sees Myanmar as a key part of its "pivot to Asia." Caterpillar, Cisco, Procter and Gamble, Coca-Cola, Gap, Ford, Hilton, Microsoft, and GE have all raced to invest. The sticking point now is that progress on political reforms has stalled. Fighting with ethnic groups continues. Corruption is pervasive.

There are 163 political prisoners behind bars and 500 awaiting trial, including 68 students who demonstrated against heavy-handed government control of education. Journalists were arrested for covering the protests. Religious violence threatens to disrupt the elections.

At 70, "The Lady" remains the leading voice for democracy in this strategic part of the world. Much depends on how she uses that voice from now on.

Rena Pederson, a former speechwriter at the U.S. Department of State, is author of "The Burma Spring: Aung San Suu Kyi and the New Struggle for the Soul of a Nation."