After 10 years of performing in tiny clubs, Gwen Stefani burst on to the music scene in 1995 with No Doubt's breakout album "Tragic Kingdom."

Hailing from Anaheim, Calif., then 26-year-old Gwen led the band to fame, touring around the world and later producing two more albums.

With her quirky style, brightly colored hair and costumes she designed herself, Gwen became a fashion icon, first to millions of teenage girls, dubbed "Gwenabees" who adopted her electric style and later by the fashion world as she launched her own clothing and accessories lines.

In 2002 she married British rocker Gavin Rossdale who she met on tour opening up for his band Bush in 1995. Together the couple has two children, Kingston James McGregor, who was born in 2006 and Zuma Nesta Rock, born in 2008.

Gwen wasn't a solo act for long, in 2009 she reunited with No Doubt for a national tour and has spent the last few years continuing to design for her L.A.M.B and Harajuku Lovers lines.

With two of the most stylish kids in Hollywood, it is no surprise she recently announced she's launching a clothing line for children, available this Fall at Target called Harajuku Mini.

Check out Gwen's changing style over the years: 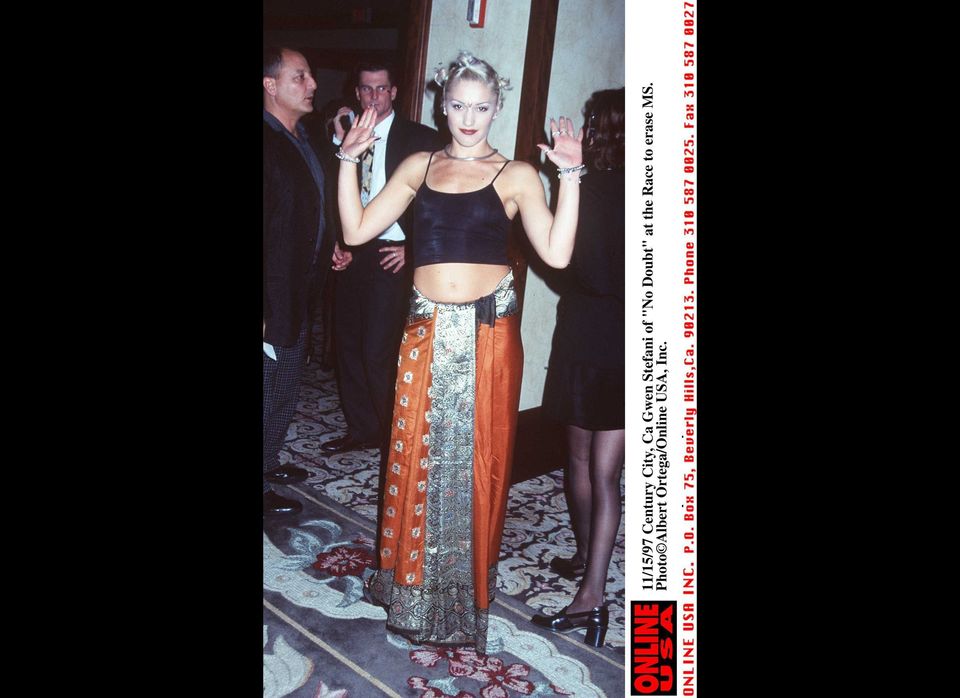