Today is the birthday of Pop-street art darling Keith Haring. The artist, who mastered the rare combination of super happy and super cool, would turn 54 if he were still with us today.

Haring, who was born to a cartoonist father in Pennsylvania, grew up inspired by the smile-inducing imagery of Walt Disney and Dr. Seuss. At 19 years old he moved to New York, and, inspired by the graffiti scene, began decorating the city's subways and club scenes with his signature imagery. Haring's work, like a lit-up game of tribal Tetris, focuses on the power inherent in simple lines, colors and shapes. Soft stick figures of dogs, flying saucers and crawling babies have an intense energy to them, making it impossible for those who see them to keep a smile off their faces.

Although he was condemned by some critics for being too accessible, Haring's generous images for everyone were both easy to see and easy to appreciate. Haring once commented: "The public needs art -- and it is the responsibility of a 'self-proclaimed artist' to realize that the public needs art, and not to make bourgeois art for a few and ignore the masses." His works were were public artworks in every sense.

With connections including Andy Warhol, Grace Jones, Jean-Michel Basquiat and Madonna, Haring quickly embodied the energy of urban 1980's New York. Although he passed away at only 31 years old, his short art career was overflowing with public artworks, museum and gallery shows, music collaborations, advertisements and a social life everyone envied. And yet his devotion to public service and activism showed the complexity behind his art and life. For example, after Haring was diagnosed with AIDS, he provided funding and imagery to AIDS organizations and children’s programs.

One of his emblematic images is the "radiant baby," a soft, bright crawling form from which light bursts forth in every direction. Given the joy Haring spread throughout his short life, we are starting to think this may be a self portrait.

Check out this slideshow of Haring's exhibition at the Brooklyn Museum.

Correction: A previous issue of this article stated Haring would turn 58 today. We regret the error. 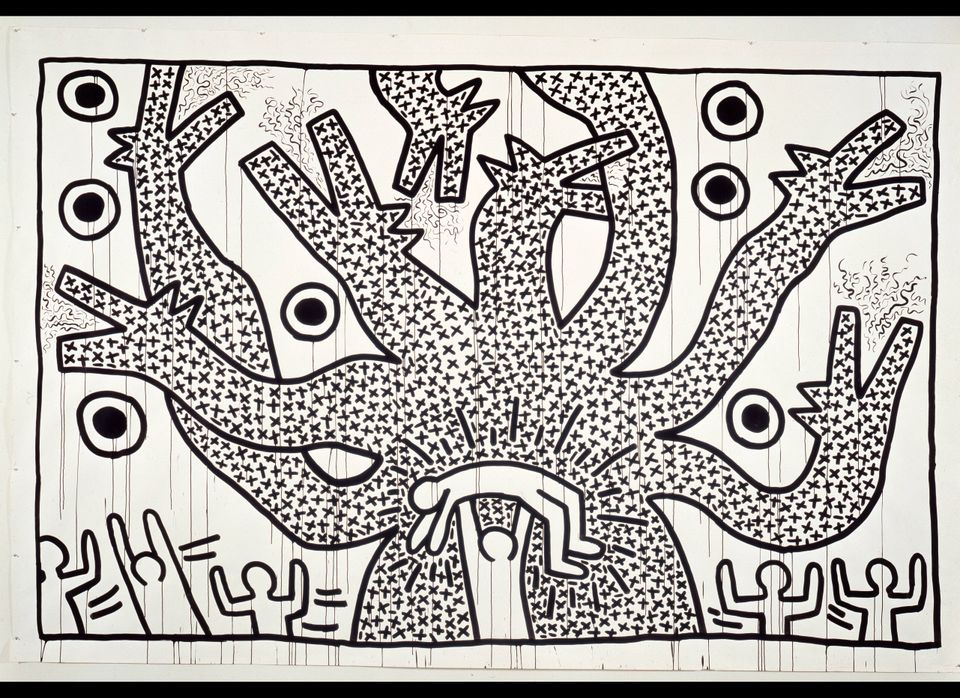