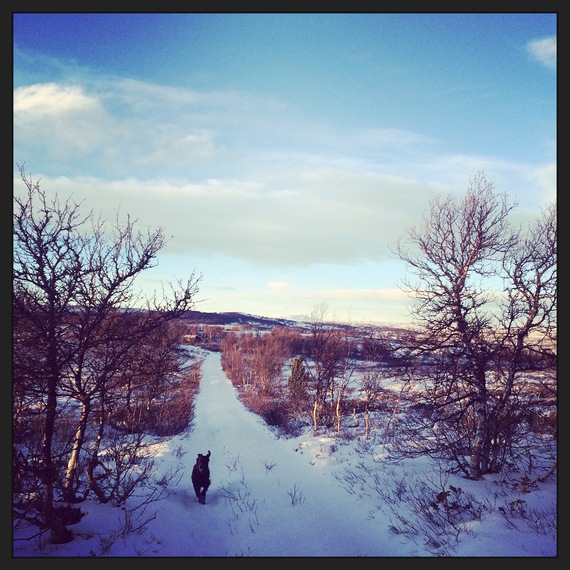 Believe it or not -- the world of economics is progressing. There has been prosperous development this year in both large and small ways. Here we go:

"I thought patents was a good thing, and worked hard to keep them. Maybe they served a purpose in the past, but now we see that they often stifle progress. They enrich lawyers rather than inventors, " said Tesla CEO, Elon Musk, and decided to contribute positively to the world in which he lives.

More and more entrepreneurs, business people and academics follow Musk and choose to see the big picture. One of them is Otto Scharmer, professor of economics at MIT Sloan School of Management. He explores the transition from what he calls economic EGO systems to real ECO systems.

"The battle over scarce resources destroys the planet, while driving us into loneliness and despair. We live in a fictional 'all-against-all'-situation," Scharmer said during the conference Wisdom 2.0 in New York in October.

The professor's way out of EGO systems goes through reflection, longevity and cooperation, and it is hard to find a better example than Elon Musk's progress from "my" patents, to "our" common good.

Another contributor is Arianna Huffington. Not only has she contributed to the media revolution during her nine years of Huffington Post, she is also giving us innovation in economic thinking.

In her bestselling book, Thrive, she presents four factors that can help us out of our EGO systems: wisdom, wonder, health and generosity.

Huffington shows us how money and power, the two traditional roads to prestige, are worthless without the third metric, thriving, including belonging, development and joy.

"It is not enough to reach the top of our profession. We want to change the world!" said Huffington during the conference Emerging Women in New York in October. "The system we operate today is not sustainable for women, men or children -- and certainly not for polar bears."

Development takes time, and we need at least one generation to really see trends. This fits well, as it is now a generation since the Fairtrade Fundation was established.

What does the future bring, as seen from the generation that has grown up with Fairtrade as a standard philosophy of global trade? The British research company GlobeScan conducted a poll, and found that 82 percent of British youth believe that corporations must take greater responsibility for the community around them.

No coincidence, perhaps, that a 17-year-old girl won the Nobel Peace Prize this year? Perhaps it is true that the generation after us is better than us?

Wondering what you should look forward to in 2015? Here you have seven economic reasons:

1) World Economic Forum in Davos focuses on brain research, ethical leadership, renewable energy and the global sharing economy. The conference will stream LIVE in late January. I will sit ready with popcorn and my notebook.

2) The TED conference celebrates its 25th-year anniversary, and will pour more knowledge, connection and surprises upon all of us.

3) Increased range for electric vehicles, according to CEO Martin Winterkorn Volkswagen. The firm Quantum Scape Corp. is working on a technology that can triple battery capacity.

4) Cheaper green energy. Renewable sources will create more energy than the world needs, in less than 20 years, according to Google's technical director, Ray Kurtzwell. The real shift is expected to come in 2015.

5) The green egergy shift will be economically challenging in the short term, but highly beneficial in the long term. May we find the agility and confidence needed for this inevitable shift.

A loving threat
For those of you who still insist on pessimism and concern as a basic principle, I leave you with Norwegian economics professor Peter Lorange, and his good-natured threat: "If you are a pessimist on behalf of your discipline, you must find something else to do. You are simply not the one to lead the subject further. " Peter Lorange.

I wish you all a connected, joyful and thriving new year!

Author of the bestselling book The Age of Generosity. Economist, journalist and public speaker.