Labor Day, established in the late 19th century, "is a creation of the labor movement and is dedicated to the social and economic achievements of American workers," according to the Department of Labor's website. It is a "tribute to the contributions workers have made to the strength, prosperity, and well-being of our country."

But today, much of the "strength, prosperity and well-being" of our hard labor is being siphoned into the coffers of Wall Street. Perhaps, in honor of our labor we should remind ourselves how we are being robbed blind.

The Financialization of the U.S. Economy:
The story starts in the mid-1970s when Wall Street began its long and highly successful campaign to eliminate New Deal financial controls that for a quarter of a century brought stability and prosperity to the nation. By the year 2000 Wall Street had achieved nearly total freedom to run a vast international set of casinos for its own enrichment, just as it had done before the 1929 crash.

Along the way virtually every aspect of the productive economy fell into the financial net. Corporations no longer were about making profitable products. Instead they were designed to please investors with short-term stock price gains. Vast conglomerates like GE made more money from finance than from production. Leveraged buyouts loaded our productive capacity with layer after layer of debt. The net result was the enrichment of CEOs and their Wall Street handlers.

One chart shows clearly how well deregulation worked for Wall Street. During the era of tough financial controls, average incomes in the financial sector and in the rest of the economy were about the same. But as regulations disappeared, Wall Street incomes soared. Making money from money replaced making money from things. 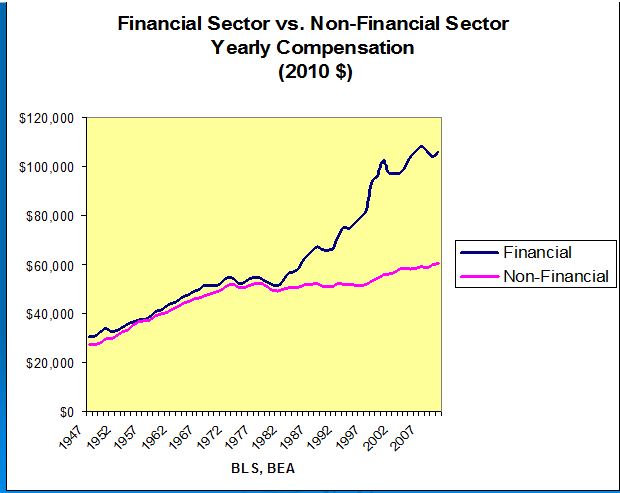 Globalization and Free Trade: The Bankers' Dream
As banks financed the rapid the globalization of production, more and more of our productive capacity was shipped overseas along with good paying jobs. In fact Wall Street encouraged "free trade" so that developing nations could export to the U.S. in order to pay back their big loans to Wall Street banks. The bigger the debts of these struggling nations, the more Wall Street pushed for free trade. Meanwhile, our middle class standard of living stalled and decayed while Wall Street incomes soared along with CEO pay. 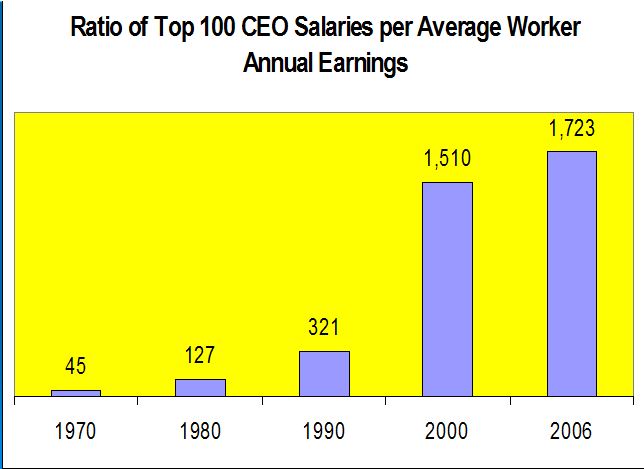 By 2006, Wall Street gobbled up more than 40 percent of all corporate profits. We were well on your way to becoming one of the most unequal countries in the world.

The Wall Street-created crash.
All that gambling and all those toxic assets finally came home to roost just like in 1929. Wall Street imploded taking down the rest of the economy and costing 8 million workers their jobs due to no fault of their own. For the first time in a generation Wall Street was on its knees. This was the time to take the country back from our financial elites. Instead our two Wall Street political parties bailed them out and asked almost nothing in return.

In fact, we asked so little from the $475 billion TARP bailout in 2008, those same bailed banks awarded themselves $140 billion in bonus money in 2009 for a job well done!

How much is that? That's enough to hire 2.8 million entry level nurses. That's enough to provide free tuition at every public college and university. That's enough to prevent all the state and local service cuts that took place due to the Wall Street implosion. Instead we let the richest bankers in the world take our money as a reward for gambling our economy into the ground. Happy Labor Day!

To Paulson, the bonus robbery was basically a bad PR move causing financial elites like him to be viewed negatively by the American public. But really this was just Wall Street being itself, grabbing as much money as possible while adding negative value to the real economy.

The Big Banks Get Bigger
Not only did we bail out the criminal banks who ruined our economy and unemployed nearly 8 million workers overnight, and not only did we let them grab their obscene bonus money, but also, our two Wall Street political parties allowed the biggest banks to become even bigger and to continue to gamble with impunity. (Today, more bank money is used for gambling -- proprietary trading -- that is used for business loans.) 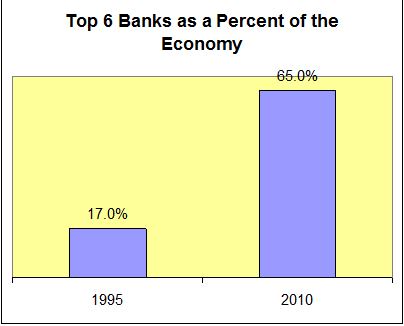 They are so big that they will have to be bailed out again when they crash and burn. They will keep the upside, while we pay them another round of Labor Day bonuses!

This colossal rip-off won't be fixed on its own. No magic market forces will tame rising Wall Street-created inequality. No fairy-tale return to the gold standard will rectify the power imbalance between Wall Street and the rest of us. It will take enormous struggles by and for all working people to reverse these incredible injustices.

Hats off to the fast food workers lighting the way with their strikes for a modicum of justice for low-wage workers. Each and every low-wage worker knows what it means to be "working for the man." Sooner or later we'll realize that all of us are working for the man on Wall Street, and maybe then we'll join our fast food brothers and sisters and head to the streets in the name of justice.

That will be a joyous Labor Day indeed.

Les Leopold is the executive director of the Labor Institute in New York. His latest book is How to Make a Million Dollars an Hour: How Hedge Funds get away with siphoning off America's Wealth (Wiley, 2013).