The New Economics Foundation (NEF) has released its latest Happy Planet Index (HPI), which ranks the happiest countries in the world. But the NEF’s top 10 strays from more traditional rankings in a natural way -- in fact, taking environmental concerns into greater account.

Costa Rica ranked highest for the second year in a row, with several other developing nations following its lead. Surprisingly, one of the highest-ranked countries in the HPI, Nicaragua, also ranks as the second-poorest nation in the Western Hemisphere, according to the U.S. Department of State.

CHECK OUT THE SLIDESHOW FOR THE TOP 10

To determine its rankings, NEF multiplies a country's average life expectancy by something called “Experienced Well Being,” which measures quality of life on a scale from 0 to 10. That total is divided by “Ecological Footprint,” a per capita measure of the amount of land needed to sustain a country’s consumption patterns.

In comparison, the UN released its own World Happiness Report in April, which suggested that average income and GNP are linked to happiness, but that a strictly economic mode of thinking is outdated and ineffectual.

“We increasingly understand that we need a new model of humanity,” the UN report states, adding, “Should the world pursue GNP to the point of environmental ruin, even when incremental gains in GNP are not increasing much (or at all) the happiness of affluent societies?”

NEF's results suggest there is another way.

Explaining its methodology, the group wrote on its website that “the HPI demonstrates that the dominant Western model of development is not sustainable and we need to find other development paths towards sustainable well-being.” 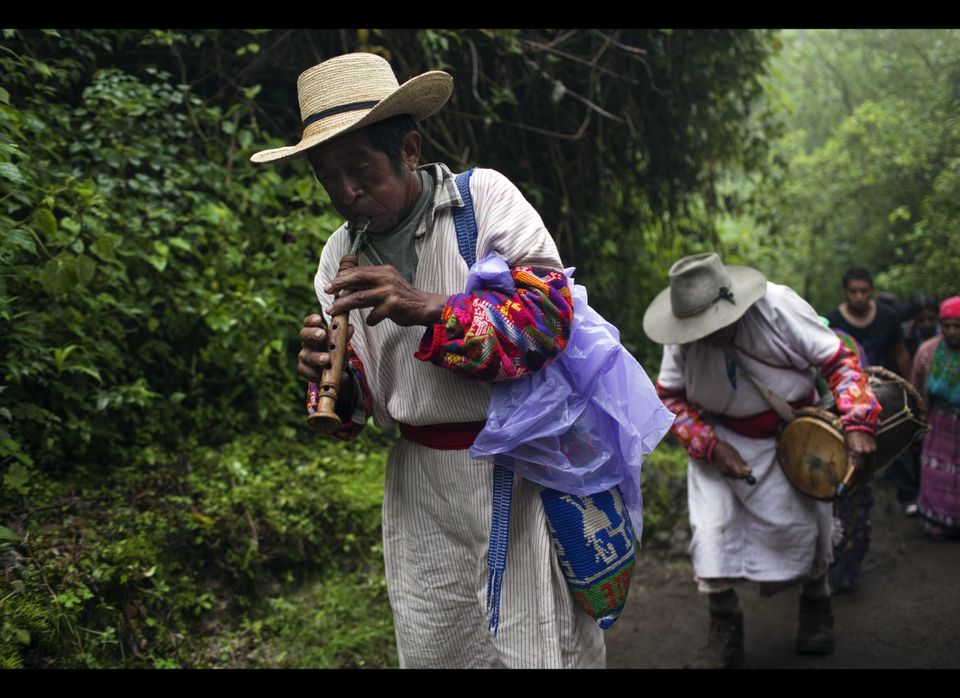 1 / 10
10. Guatemala
Musicians play their instruments as they leave a Mayan rain ceremony on the shore of the Chicabal Lagoon, formed on the crater of a former volcano and considered by Mayan people as a sacred place, in San Martin Sacatepequez, Guatemala, Thursday, May 17, 2012. (AP Photo/Rodrigo Abd)
AP