Meet Happy, your friendly neighborhood vulva. She's here to teach you how to be happier -- with your orgasms.

Sadly, Apple doesn't seem too interested: The app was rejected from the Apple iTunes store on May 13. 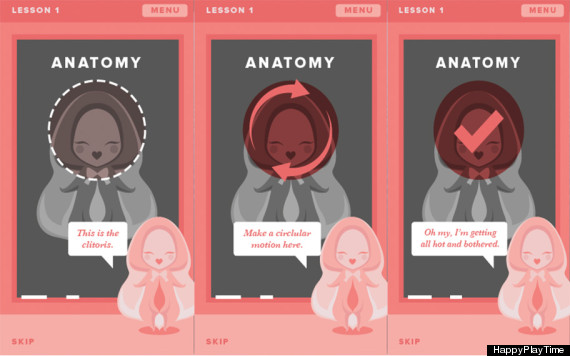 When Gong initially submitted the app for review, she suggested it was appropriate for users 12 and older. In an email to HuffPost, Gong said the app was considered "too graphic" for this audience, so she changed the rating to 17+. After she sent it for review again, she received a call from Apple who told her they were "not interested in the concept," Gong said. Following the phone call, she received this email listing the reasons the app was rejected: 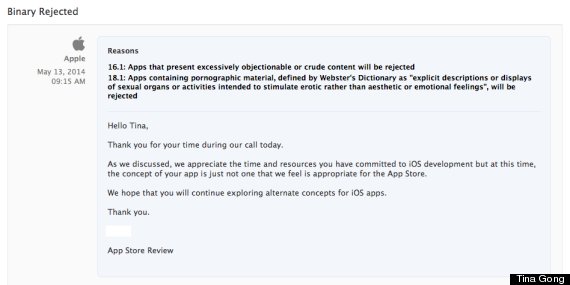 The app -- which has gathered a lot of support over the past year -- will live on despite Apple's rejection, as Gong and her team are turning it into a web-based game. In the meantime, Gong told HuffPost she's sent an appeal to Apple.