Decades' worth of research has attempted to pinpoint what, exactly, makes a couple happy. Scientists have followed relationships over the course of years, administered surveys and studied pre-existing data to give the rest of us insightful nuggets of information.

So, who's really the happiest with their significant other? Here's the picture you get when you cobble together the results of various studies on relationships -- a totally implausible pair that reminds us not to put too much stock in these things. There's no reason to force yourself into this idealistic mold when every relationship is, of course, different. But that said, the science is fascinating.

And so, according to research, the happiest couple is...

Not big on texting.
Last year, researchers at Brigham Young University found that couples who apologize, hash out problems or make decisions via text message tend to be less happy in their relationship. Use that handy "call" feature on your phones, people.

Childless.
A 2014 Open University study of 5,000 people of all ages in long-term relationships found that childless married and unmarried couples were happiest.

Married, or not. It's whatever.
A 2012 study in the Journal of Marriage and Family reported few benefits of being married vs. being in a long-term relationship and living together. Marriage was correlated with slight health gains -- probably due to shared healthcare plans -- but there were no significant benefits over cohabitation without tying the knot.

Not fighting a lot anymore, but definitely was at one point.
A 2012 Florida State study found that couples who had "angry but honest" conversations early on in their relationship were happier in the long run.

A first-born and a last-born.
Some psychologists say that when a youngest and oldest child couple up, you've got one person who generally enjoys being taken care of and one who tends to take care of others. This is one of the happiest pairings, according to researchers who believe birth order has a strong effect on relationships.

Not bored.
Boredom begets a feeling of greater distance and unhappiness, say the results of a 2009 study published in the academic journal Psychological Science. Couples asked to select one of seven pairs of circles overlapping in various amounts to represent their marriage were most likely to select separated circles -- representing emotional separation between themselves and their partner -- when bored.

Contributing equally to the household.
Those who agree to share household chores and clearly outline each person's responsibilities are more likely to feel satisfied in their relationship, according to a UCLA study conducted between 2001 and 2004.

Gay...
Britain's 2014 Open University recently published a study [of 5,000 people] suggesting gay couples are "happier and more positive" about their relationships. Heterosexual couples, on the other hand, were found less likely to make time for each other, pursue shared interests and communicate well.

Or straight and feminist...
A 2007 Rutgers study of over 500 individuals found that men and women with feminist partners were more satisfied in their heterosexual relationships.

With a pretty lady and a less-attractive gentleman.
A good-looking wife leads men (and, interestingly, the wives themselves) to feel more satisfied in their marriages, according to a 2013 study published in the Journal of Personality and Social Psychology. The same didn't hold true when husbands believed themselves to be better looking than their wives.

Not into online gaming.
Unless both play. But still, a 2012 study by Brigham Young University researchers found that out of 349 married gamers, 75 percent of their spouses wished their partners would put more effort into their marriage. The researchers posited that it's the hours spent on the game instead of engaging in daily routines that make a difference.

A lot alike...
Couples who shared many of the same traits -- such as "ambitious" or "artistic" -- were predicted to have increased levels of happiness in long-term relationships, according to researchers. “If your partner is helping you become a better person," one researcher told the New York Times, "you become happier and more satisfied in the relationship.”

But without a lot of overlapping Facebook friends.
According to a report that looked at 1.3 million Facebook users, published by employees of the site in 2013, relationship staying power depends on "social dispersion." Couples whose mutual friends know each other are more likely to break up, while couples whose friend circles don't overlap much stay together longer.

Equally thrifty.
A 2009 University of Michigan survey of 1,000 married and unmarried people showed that people tend to choose their spending opposite in marriage -- i.e. over-spenders tend to go for partners who budget carefully -- but that decision leads to more fights and less satisfaction. The happiest couples spend money the same way, whether that means a tendency to splurge or to save.

Very sexually active...
The authors of the 2004 paper "Money, Sex, and Happiness: An Empirical Study" estimate that increasing sexual activity from once a month to once a week increases happiness by the same amount as getting paid an extra $50,000 per year. In a 2011 Australian study of over 6,500 people in long-term relationships, a majority of men and 42 percent of women said they were unhappy with their sex lives -- mostly due to a lack of it.

But took it slow at the start of the relationship.
A 2012 Cornell University study suggested a positive link between waiting over a month to have sex at the beginning of a relationship and perception of long-term satisfaction (at least in women).

College-educated.
A 2010 Pew study found a link between college education and the risk of divorce -- that is, people with college degrees were less likely to divorce than their less-educated counterparts. A University of Pittsburgh sociologist also found education and intelligence to be one of the most desirable traits in a partner.

Not winning Oscars.
The "Oscar Curse" is a real thing, say researchers from the University of Toronto. Women who won Oscars between 1936 to 2010 were 1.68 times more likely to divorce, the 2011 report found. Men, however, didn't seem to be significantly affected.

Laughing at the same jokes.
Laughter is good for everyone, but researchers have argued that it's particularly beneficial to long-term relationships. In one study of couples married for at least 45 years, published in 1990, sense of humor was among the top three reasons given for the pair's success.

Genuinely happy for each other.
People who celebrated their partner's achievements as if they were their own experienced greater relationship satisfaction than those who reacted with indifference or belittled the news, according to a study published in The Journal of Personality and Social Psychology in 2006.

On the same level of drunkenness. Or sobriety.
Couples with uneven drinking habits -- where one was a heavy drinker and the other not -- are significantly more likely to split, a 2013 University at Buffalo Research Institute study found.

What works for some people, mes chers, is of course not bound to work for everyone. The person who does fewer chores might make up for it by cooking amazing meals for their partner, or the couple that spends money differently might also keep separate bank accounts. Two first-borns could break their Type-A molds and stick together forever.

While interesting to read about, researchers likely won't ever be able to give us a recipe for the perfect couple. There are always outliers in any study, and the findings of research like this is likely to change as relationships, as well as the people in them, continue to evolve.

This Is The Happiest Relationship Ever, According To Science
Worst Celebrity Marriage Advice 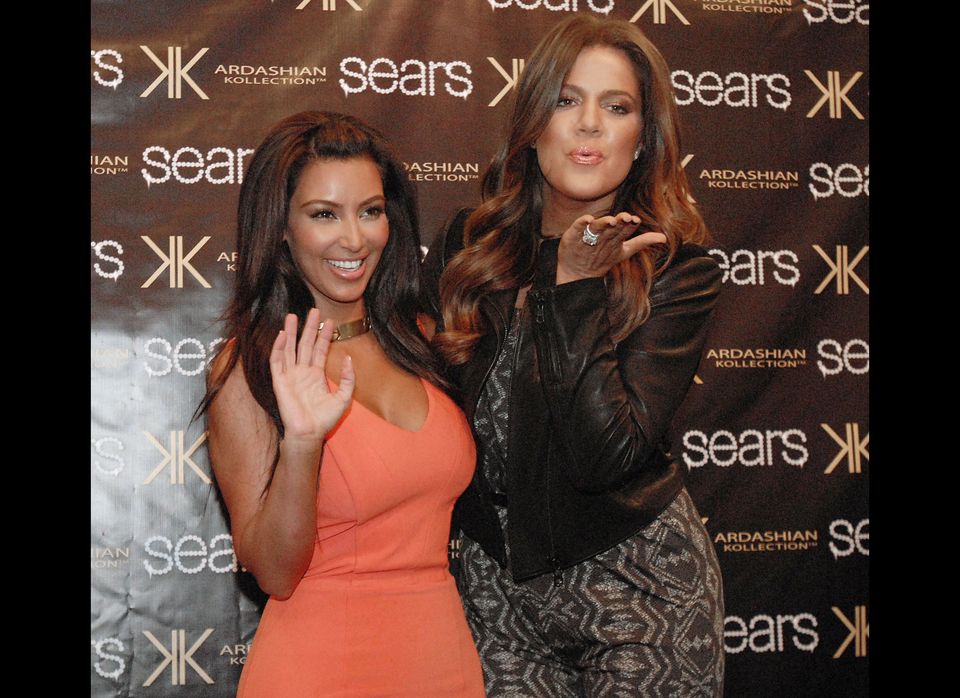 1 / 5
Khloe Kardashian
Khloe Kardashian gave her big sis a few marriage pointers last year before Kim married Kris Humphries. On the talk show <a href="https://www.huffpost.com/entry/khloe-kardashian-wedding-marriage-khloe-advice_n_931423" target="_hplink">"Naughty But Nice With Rob"</a>, Khloe said she keeps her marriage "hot" by being what she called a "slore:" a whore and a slut.
AP Images