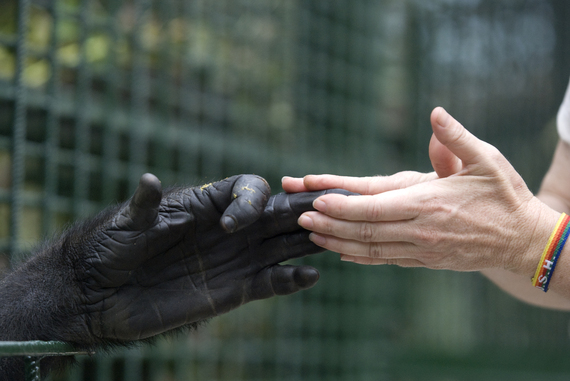 The one-year anniversary of the death of Cecil the Lion and the recent killing of Harambe, a Western Low Land Gorilla in a zoo in the United States, has ignited the fury of some and baffled just as many others.

Those baffled by the outcry over both deaths tend to fall into the camp which believes that conservation efforts must always focus on the overall health of a population and that individual animals are only as valuable as their contribution to the species.

We believe that animals have intrinsic value and that means that their lives have meaning whether or not they are valuable, or considered valuable, to humans for economic or other reasons. It is not a rights argument; it is a belief that humans have a responsibility, an obligation, towards wildlife and that animal welfare considerations should be part of any conservation effort.

Some zoos and sanctuaries do a lot of good, either through with rescue facilities and expertise, or comprehensive education programs. Others provide sanctuary to animals that cannot be released into the wild and financial contributions to on-the-ground wildlife conservation projects.

Those that do none of the above, but rather exist as a "live storage" facility for endangered species, or species extinct in the wild, are not pursuing conservation but, rather, are a discouraging acquiescence to a world without animals roaming in the wild.

We do not accept that vision of the future. At IFAW, we make a point of designing our work on what we stand for rather than what we oppose.

So, are we making progress in redefining conservation?

In his opening address to the CITES Animal Committee meeting in Tel Aviv, Israel in September of 2015, CITES Secretary General, John Scanlon, devoted a number of paragraphs to the question of animal welfare and its possible impact on conservation.

"some of the science-related issues I observe as I speak to people and follow the wider debate is how can one reconcile the protection of an individual animal with the conservation of that species?"

He went on to say the CITES convention is not always the place to discuss all animal related issues but the fact that the secretary general of CITES is even addressing the question is rather extraordinary.

In April of this year, President Kenyatta of Kenya presided over the burning of 105 tonnes of ivory and spoke in the presence of two other Presidents of African countries and said,

"The protection of elephants requires the combined wisdom of our elders and the hope of our youth. We have not abandoned our legacy to the whims of the market but, rather, taken bold steps which merit the praise of our ancestors and which will inspire our youth to recognize the intrinsic value of our national heritage. To lose elephants would be to lose a key part of the heritage we hold in trust."

The recognition of the intrinsic value of animals in conservation efforts is, at the very least, now an important part of high-level discussions at science and political fora around the world.

This recognition is a major shift in world view and is an example of something that IFAW stands for: the redefining of conservation so that it takes into consideration the needs of individual animals as well as populations.

Act now to help us end trophy hunting of lions like Cecil, elephants and other imperiled species.