We have a ways to go to fully realize the value of our constitution; it is violated every day. We take the pledge that we are one nation under God with liberty and Justice for all, and yet we go out and tear the nation apart on the basis of race, religion or sexual orientation, and take away the liberty and justice of others. It is not acceptable, particularly if the violations come from the law enforcement officials. We have to fix this and we need all Americans to take a stand.

How many of us value our pledge, the pledge of allegiance?

Of course, the majority values it, but the tiny minority of about 1/10th of 1 percent of the people does not value any laws. That is the case in every aspect of life. It is that tiny group of individuals who violate the laws of the land or guidance of the religions as they did in the Kenyan mall shooting and the bombing of the church in Pakistan. 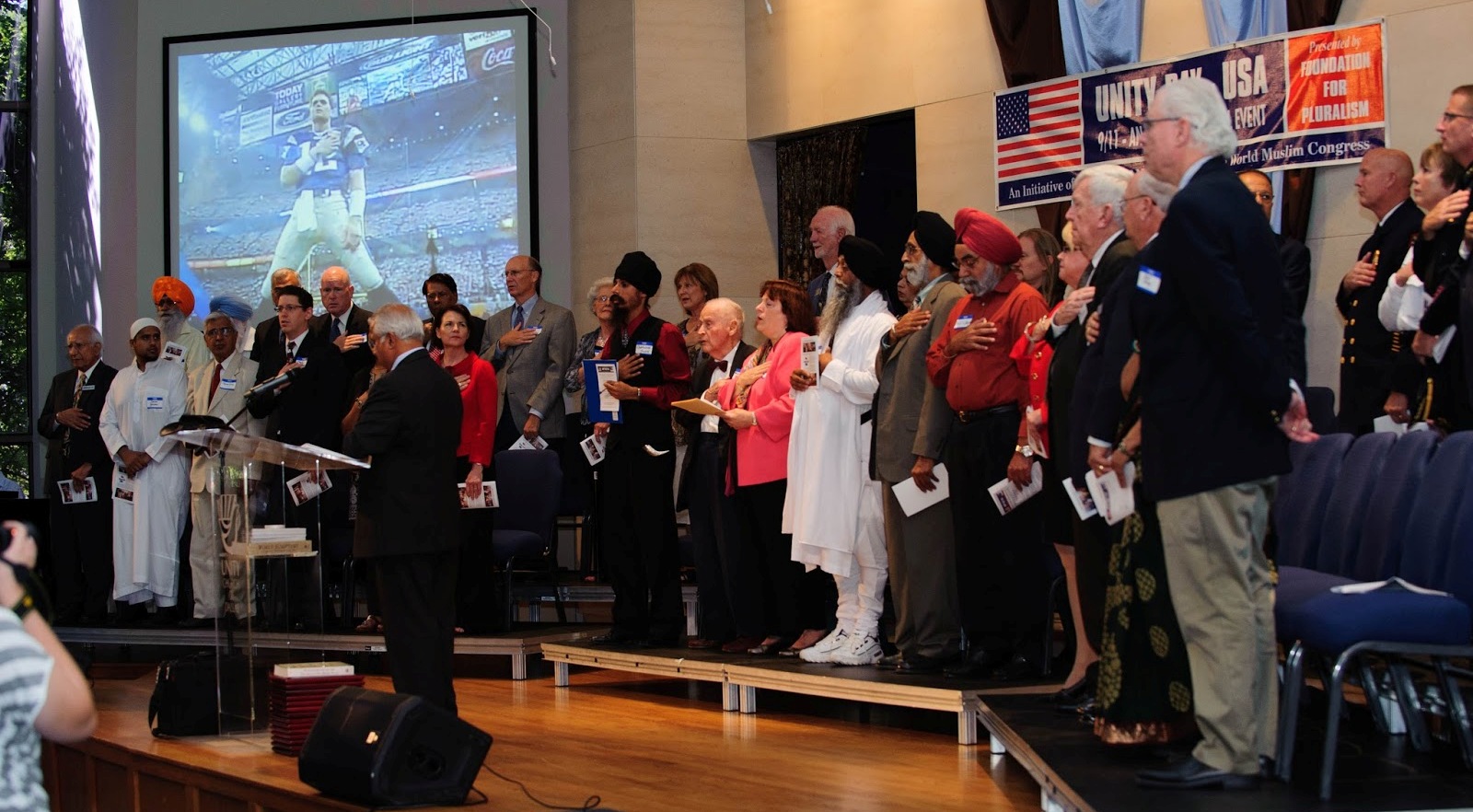 Dr. Prabhjot Singh, a professor at Columbia University lives in one of the most urban of cities of America, New York. Last week he faced utter humiliation. Police said one of the men pulled Prabhjot Singh's beard while the teenagers yelled "get Osama" and "terrorist." Singh, who wears a turban per his Sikh religious tradition, and is a public advocate for interfaith dialogue, was kicked several times to the body and face.

Jageet Singh, a truck driver, was pulled over by the police in Mississippi; the officers demanded that "Mr. Singh remove the Kirpan." When Mr. Singh explained that he was a Sikh and that the Kirpan was a sacred religious article, the officers laughed at him and mocked his religious beliefs. One officer declared that all Sikhs are "depraved" and "terrorists." They continued to taunt him, and forced Mr. Singh to circle his truck with his hands on his turban while they searched the vehicle. Finally, not content with this humiliation, they arrested him, claiming that Mr. Singh had refused to obey an officer's lawful command. On the top of that, Judge Rimes, ordered that Mr. Singh would not be allowed to re-enter the courtroom unless he removed "that rag" from his head and threatened to call Mr. Singh last on the docket if he continued to wear the religious headdress, reports the American Civil Liberties Union.

First of all, as Americans we condemn the behavior of the teens, police officers and the judge, this is not acceptable in our country, and secondly, we need to penalize the involved and have them pay for it to set a precedent that this behavior is not acceptable.

What do we need to do in the long run?

We need to learn about each other, not because it is a noble thing, but because we all have to live together with least tensions.

Our Founding Fathers laid the ground work for such a society: "We hold these truths to be self-evident, that all men are created equal, that they are endowed by their Creator with certain unalienable Rights, that among these are Life, Liberty and the pursuit of Happiness."

Martin Luther King Jr. said that we should be judged by what we can deliver, rather than our race, religion or ethnicity.

Chief Seattle, a Native American said this perfectly, "All things are connected. Whatever befalls the earth befalls the sons of the earth. Man did not weave the web of life; he is merely a strand in it. Whatever he does to the web, he does it to himself."

How are we going to preserve that delicate web? What issues divide us and how do we cope with them? How do we allay the prevalent phobias? How do we focus on our vision for a prosperous America?

Every American must feel a sense of security, safety and freedom. If we can learn to respect the otherness of others and accept the God given uniqueness of each one of us, then conflicts fade and solutions emerge.

Last year on September 11, 2012, we held the 9th Annual Unity Day USA, an inclusive event that brings Americans of different faiths, or no faith and races together. In its ninth years, the Sikh community was highlighted for the outstanding Model behavior they created in response to the Wisconsin shooting; we also focused on the 1984 Sikh Genocide of New Delhi in our 6th Annual Holocaust and Genocides event. It was good for the fellow Americans to learn and know about them, and we hope to continue to do programs to bring people together, so we can learn about each other.

If we can learn to respect the otherness of others, and accept the God given uniqueness of each one of the 318 Million Americans, then conflicts fade and solutions emerge.

Mike Ghouse is committed to building a cohesive America and offers pluralistic solutions on issues of the day.