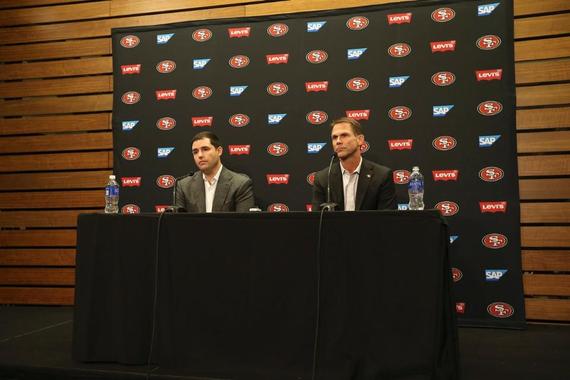 Santa Clara - The inaugural season was upstaged by the departure of head coach Jim Harbaugh, a losing season and a struggling offense. The 49ers couldn't have asked for a better drama filled season that began with arrests, rape charges and dismissals. Aldon Smith was arrested over the summer, Colin Kaepernick was accused of rape and Ray McDonald found himself out of a job after being investigated for another assault case.

Smith served his time, Kaepernick was exonerated and another team will pick McDonald next year. But for Harbaugh, no one saw that coming. He accepted a head coaching job that will net him in a class of highest paid college coaches. The University of Michigan's timing was perfect. At the helm of Owner Jed York, Harbaugh didn't make the Super Bowl so it was tie to move on.

In his four years as head coach, Harbaugh led the 49ers to two NFC Championships and the Super Bowl. How is this not enough for a team that hadn't made it to the playoffs since 2002. Every players dream is to win a Super Bowl but when reality sets in, it's only a few teams who get that opportunity. Three consecutive years of making it to the playoffs is an accomplishment.

San Francisco has begun their search for a new coach, in the meantime players are in limbo. Hard to believe the 49ers thought this process through because they have no idea who that person will be. Some guys are at the end of their contracts, DT Justin Smith is said to be thinking about retiring and RB Frank Gore is uncertain that the team will bring him back.

"It's a business," Gore said. "I wish Coach Harbaugh the best. He's a great coach. My best years, they were with him as a team. He was here and we won. I still love the game and I can still play. I feel great. I want to play again, I want to play next year." 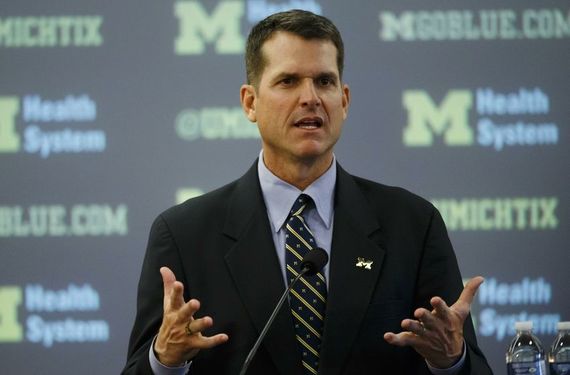 Many fans wonder why the sudden need for a new head coach and not a new Offensive Coordinator. The 49ers host the 2016 Super Bowl next year. Was this something both the owner and GM talked about in their decision to part ways with Harbaugh? There wasn't one player that express to having Harbaugh back next season.

"I'm going to miss him [Harbaugh]," said OL Aaron Lynch. "He did a really good job here but it was one season where it didn't all come together."

"Harbaugh taught us to always fight no matter what," RB Carlos Hyde said. "My rookie year here reminds me of my freshmen year in college. I didn't play that much, then I got injured and lost our coach. It all happened again this year."

Harbaugh kept it classy in the end as best as he could. He avoided questions pertaining to the assumed rift between he, York and GM Trent Baalke. While everyone assumed he wanted out early in the season, it appeared to have been a situation with senior management that led to his dismissal. While the players explained they understand it's a business many would've have preferred to keep their head coach.

"We had philosophical discussions and when we sat down, we just couldn't come to a place where we thought moving together was the best for either party," said York. It was a conversation that took place over a decent amount of time to figure out what's best for everybody involved."

"This isn't a rebuild situation, this is a reload situation," Baalke said.

The changes that were made last offseason were supposed to be the cherry on top to a perfect offense. What happens now? A new head coach can change that. But Baalke reiterated that any new changes to the team will go through him not the next head coach. He certainly has his hands full in the upcoming months not only with finding a new coach but keeping the roster in tact as well as making changes to improve the offense.

Right now there are no front runners in becoming the 49ers new head coach. Baalke who was promoted to GM in 2011 did a good job with putting a good team together thus far but this offseason might be his biggest challenge yet. Though it appears to be a simple solution to York and Baalke it looks as though San Francisco will be starting from scratch to get this team back to playoff contention.

"I'm the quarterback for the San Francisco 49ers until they tell me different," said Colin Kaepernick. "Looking forward to finding out who they're going to bring in and what we're going to be working on. But, as far as me, I'm going to continue to work."

"We played for it every year," Harbaugh said in regarding the Lombardi Trophy. "That's the way we looked at it every time we took the field. Been a tremendous thrill. One of the great thrills of my life. Be forever proud of what we accomplished."