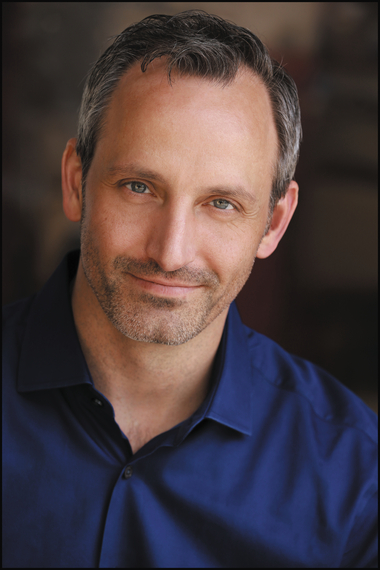 Glen Erik Hamilton is a native of Seattle. He grew up aboard a sailboat and spent his youth around marinas, commercial docks, and islands of the Pacific Northwest.

Hard Cold Winter, his second novel, follows protagonist, Van Shaw, as he embarks on a dangerous mission in search of a missing girl tied to his criminal past. But things don't turn out as planned; there has been a murder, and the investigation leads to intolerable pressure coming from a billionaire businessman on one side, and vicious gangsters on the other. Moreover, a powerful, unseen player is about to unleash a firestorm on Seattle that will burn Van and his people to cinders--and it will take a miracle to stop it.

Van Shaw is a complex character. Tell our readers a little about him.
Van was orphaned at the age of six and raised by his grandfather, Dono, whose last name had ben Donovan. Dono was a career criminal--a thief--who raised Van to think as a thief and to acquire those skills. While Van was in his teens, he and his grandfather began butting heads and when Van was eighteen, they had a parting of the ways. Not having any prospects, money or anywhere to go, Van escaped into the military.

He made himself a home in the military and for nearly ten years, served in Iraq and Afghanistan as a member of the 75th Ranger Regiment. In the first book, Past Crimes, Dono wants Van to come home and re-engage with the life he'd left behind. Old unanswered questions and unaccounted for sins are addressed.

In Hard Cold Winter, Van has mustered out of the military and is going through the difficult transition many soldiers experience after a long career in the military, especially after having been to war.

Looking to begin a new life as a civilian, Van's difficulties are compounded by his only skills being soldiering and committing crimes. He's determined not to pick up where he left off, but life intervenes and some of those old skills come in handy, which is where the adventure of the novel begins.

And family secrets are important in understanding Van, aren't they?
Absolutely. There's a rich history with Van and his family. There's both great pressure and an enormous amount of love. Much of the book describes people who are on the fringes of society. They form close-knit groups and have friendships like the rest of us, even though the lives they've led would not be considered acceptable by most people.

Hard Cold Winter is written in the first person. What made you choose that perspective?
While growing up, most crime fiction books I read were written in the first person. I've always liked the immediacy of that perspective. You're in the protagonist's head, experiencing everything along with him. You're privy to his thoughts and share his excitement and fear. Everything is captured so vividly in the first person narrative. You're with the protagonist amidst high tension and the adrenaline rush of the moment. Maybe in future books, I'll experiment with writing in the third person, but for now, I like being in the moment.

Speaking of experimentation, parts of Hard Cold Winter are written in the voice of a pre-teen, parts in that of a teenager, and others in the voice of an adult. Was that difficult for you?
Actually, I found it very exciting to do. I did this in what I call the interstitial chapters, which I also did in Past Crimes, flashing back to Van and Dono while Van is being raised at different ages. I find those chapters the easiest to write. They're almost short stories. I don't know what it says about me that I find it easier to write from a child's perspective than from that of an adult. (Laughter)
It says you're a creative artist in touch with your inner child.
(More laughter). I really enjoyed writing those chapters and intended them to give depth to Van that would have been difficult to plumb if I was just telling stories about his past.

A question almost every author fields: are you and Van Shaw alike in any ways?
(Laughter). He's certainly younger, tougher, and more skilled that I am. I think there's always a certain amount of wish-fulfillment that goes into creating a protagonist. We do share a certain skewed outlook on the world. While I don't have Van's criminal background, I was always the kid who walked into the bank with his parents and looked around for the cameras. I wondered what areas the cameras didn't cover. And I wondered how I could open that big box with all the money in it. Van and I share an outlook about puzzles of that nature. I would also say my parents and I--the whole family--share a certain strange drive for adventure.

You once talked about abandoned characters and plotlines before you wrote what became your first novel, Past Crimes. Tell us about that.
The first draft of what became Past Crimes had a subplot around money laundering and other financial crimes. I was deep into planning it and realized it wasn't really related to the story. I had to abandon it. Mostly, I prefer to start fresh; I don't like going back and wondering how I can re-use what I'd previously written and discarded. I think the story will lead me where it needs to go. I'm very willing to kill my darlings.

I assume then, you don't carefully outline and plot your novels in advance as much as you write flying by the seat of your pants.
I'm only two books into my writing career. Past Crimes was heavily plotted. Hard Cold Winter was less planned in advance. I can see as I gain experience, I'll be more willing to fly by the seat of my pants. That said, I like a good mystery or puzzle, and for me, I prefer to plan out the dropping of clues and hints for the reader. Occasionally, scenes and characters seem to decide on a direction; or maybe subconsciously, I decide on a direction for them. So, I let them off the leash to see what happens.

Tell us about your journey to becoming a published author.
My journey has been remarkably fast. I say that with full knowledge of the years involved in learning to write.

In 2013, I'd completed the manuscript of what would be called Past Crimes. I went to ThrillerFest, the great conference for writers. I participated in PitchFest which is basically speed-dating with agents. I stood in line and over the course of three hours, got the chance to talk with nine agents. They all wanted to see a sample of my writing, which was very heartening. I got two offers of representation. I went with Lisa Vance at the Aaron Priest Agency. She's been extraordinary in helping me navigate these waters and sold the manuscript. So here we are.

What's the most important lesson you learned about writing?
There are a few. One is, never stop reading. Make the time for it because it's inspiring and you learn without necessarily realizing you're learning.

Another is to join a writing group. Find like-minded authors and have those people read what you've written. I'm still a member of a writing group that meets every week.

The biggest lesson for me is just to have the tenacity to not only keep writing, but to keep learning. Learn new techniques; read outside your genre; and continue to improve your craft.

What's coming next from Glen Erik Hamilton?
Another Van Shaw book is coming. After that, there may be another, or possibly a standalone. I'll have to discuss that with my editor.

Congratulations on writing Hard Cold Winter, a gripping novel with writing that's been compared to that of Dennis Lehane, Robert B. Parker, and John D. MacDonald.