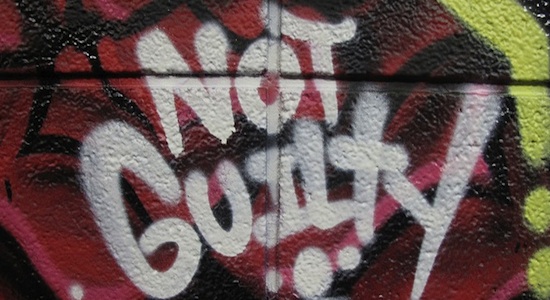 I was in the student lounge alone for about 40 minutes before I heard the anchor on CNN say the jury had come to a decision. Before the verdict was read, I began to text, "George Zimmerman is..." Then bitterly had to follow it with "NOT GUILTY." My mom called me and screamed through the phone, "NOT GUILTY! Natalie, I'm so upset! Oh my gosh!"

Suddenly, shocked, furious messages flooded my Twitter and Facebook feed. I wanted to be a part of the conversation, but I was too paralyzed. There I was, in this lounge, by myself, heartbroken and speechless. This was the "Emmett Till" of my generation. I always knew in the back of my mind that African Americans are at times treated as second-class citizens and that the American legal system prosecutes us but doesn't protect us. But nothing could have prepared me for this not guilty verdict.

After my immediate shock subsided, I went upstairs to my room to retrieve my water bottle. One of my roommates was on the phone discussing the verdict and the other was in a daze. They eventually joined me in the lounge along with another roommate and two of my friends across the hall. The six of us, all African Americans and Florida natives, sat around the TV sharing the same concerns and fears. We criticized the prosecution, blamed the jury and despised Zimmerman. One of my friends kept repeating, "I don't feel safe in America." He understood that as an African American male he will always be a target.

Though most of the focus in the aftermath of the verdict has been the impact on black men, I also feel vulnerable as an African American woman. Recently, I started looking over my shoulder to make sure no one sees me a threat. It's been more than a week since the "not guilty" verdict, but the tension hasn't faded and I'm becoming more cynical. I fear becoming the next Trayvon Martin.

Returning to Florida in the fall will be an eerie homecoming. To know the state I was born and raised in created this turmoil makes me feel ashamed. My state chose not to honor Trayvon Martin with a fair trial by supplying a homogenous, un-empathetic jury and an inept prosecutor who made a fool of himself rather than making a fool of the defense.

The night Zimmerman won his freedom, my friends and I stayed up late talking. I was one of the last ones to leave the lounge around 2:30 AM. After, I lied in bed replaying the last weeks of the trial and the last few hours in my head. All I could think about was how right George Zimmerman was. They always get away...