This Sunday, February 21st marked another anniversary of the assassination of El-Hajj Malik El-Shabazz, or Malcolm X, who died on a Sunday 45 years ago. This May 19th would've been his 85th birthday. As someone who admires him, studied him, and has been influenced by his curiosity and courage, I wish to remind readers of a few core reasons why he remains a perpetually important historical figure, especially for young people.

For a while in the early '90s, Malcolm X re-entered the public's consciousness for the first time since the early 1960s. Inspired musicians sampled his speeches, historical documentaries on his life sprouted on PBS, school curricula started formally including his autobiography, a major motion picture based on said book garnered Denzel Washington a Best Actor Academy Award nomination, clothing items featured the ubiquitous "X" in suburban malls, urban boulevards donned his name, and even a national postage stamp was dedicated to him (thereby challenging -- at least on a surface level -- Chuck D's famous lyrics).

Such commemorations were in part triggered by events that begged tireless questions regarding race relations and our domestic state of human rights. These included the Rodney King beating and flawed police trial of '91/'92, subsequent LA riots, and the fall-out from a Bush (41) recession that, once again, disproportionately took its economic toll on persons of color in America (sound familiar?).

But then, nearly as quickly, the wider awareness of Malcolm X receded back into more urban milieus, a smattering of fan websites and period-specific academia, almost as if the increasingly digitized and short-attention-span-foddering zeitgeist collectively felt that it had somehow fulfilled yet another obligation to American minorities before moving on to other, 'safer' icons.

What needs to be continually taught is that Malcolm X was a man who, through a mere 39 years, evolved intellectually and spiritually in a manner that many do not manage in a lifetime. Given his initial circumstances, so irrepressible was his sense of genuine curiosity, so exemplary his metaphysical evolution that his experiences, words and efforts should serve as a primer on the power of human potential via critical thought. To have gone from the depths of self-attested personal degradation, to building and leading a Nation (the NOI), to causing a long-overdue national debate regarding human rights within America, is no trivial feat; rather, it points to how discovering one's truest identity can tap the strongest of capabilities, despite -- or, as some Adepts would argue, because of -- the vagaries of the human condition. 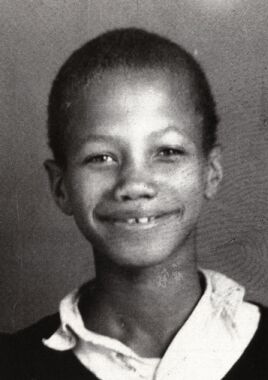 Despite being told -- bluntly -- that he wouldn't amount to much by his racist, uninspiring, patronizing and criminally incompetent grade school teacher, he still retained that seed of curiosity and sense of momentum towards synthesizing information both prescribed and esoteric. He did not allow his formal schooling, however limited, to occlude or intercept his viable education. Malcolm's is a critical lesson for students of any age, who often feel as if they're merely 'jumping through hoops' by binging and purging state-assigned lessons that they do or do not find relevant to their interests, aptitudes or goals. His also serves as a personal case study of how institutionalized, self-esteem decimating racism and/or groupthink, either in the home, school system or the workplace, can eventually be flushed out of the psyche. 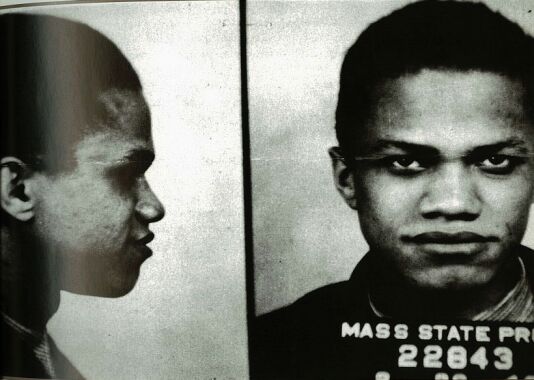 "My alma mater was books, a good library ... I could spend the rest of my life reading, just satisfying my curiosity." - Ibid.

Such curiosity, although latent within many, is often sidelined on behalf of 'practical' decrees in our society, where the majority of academic outlets are geared primarily towards graduating producers and consumers, rather than nurturing critical thought for its own sake. This reality extends from urban and rural public schools often straight through to exclusive boarding schools and private universities. Such a condition certainly existed in Malcolm's day. Yet so fierce was his aptitude for inquiry (one that does not necessarily need to be innate) that, despite his lack of formal higher education, he was nonetheless invited to speak or debate on national talk shows, alongside policymakers, and at Harvard, Princeton and Oxford. 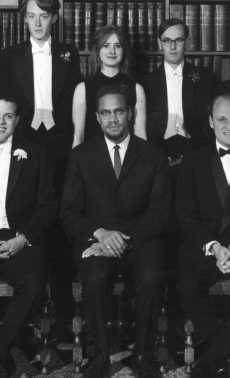 Such curiosity can take one abroad to experience how other cultures view the world and themselves, and by doing so, further peel back onion-layers of one's consciousness, thereby revealing core values. Not content with how events and traditions were dictated to him, Malcolm picked up and toured Africa and Southwest Asia on his own, and not via the equivalent of a 'back-packing sojourn', but on a spiritual and, at times, even near-diplomatic quest. The experience was life-changing, as he thoroughly described to writer Alex Haley. 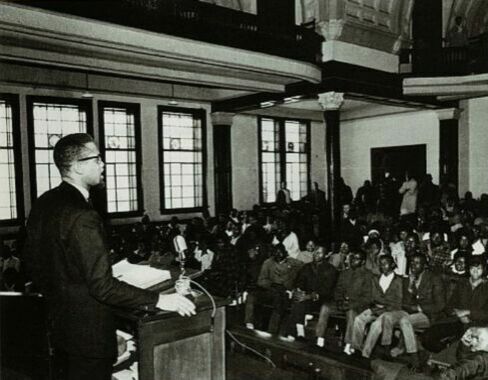 Such curiosity, although sometimes rendered by parents, teachers, bosses and clergy as 'distracting' or 'irrelevant' to prescriptions at hand, can nonetheless lead to a level of knowledge ('gnosis') that can even 'process' one's past traumas. Pains that tend to linger in the subconscious mind and burden one's day-to-day existence. Traumas that can repeatedly tweak self esteem to the point of prompting emotional dysfunction. Tensions that, in the collective sense, can and often do suppress whole communities or populations from achieving the very self-reliance and economic/political independence that Malcolm emphasized from coast to coast, continent to continent. 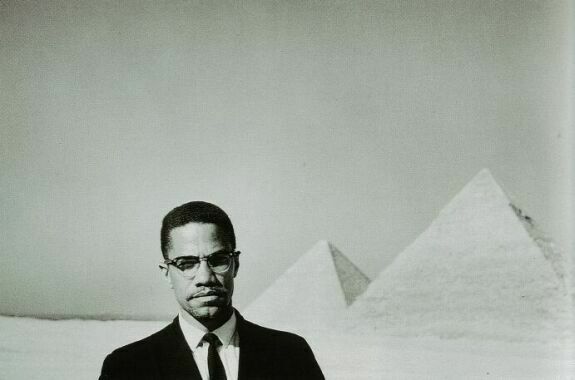 Such curiosity can, indeed, lead to such a level of personal and group awakening that it poses a direct threat to the established order(s) of the day. If pursued deeply and consistently enough, it can eventually spark a level of introspection leading to what Traditionalist authors Rene Guenon and Julius Evola termed as 'revolts against the modern world'. Such a state connotes defeating fear, which many spiritual traditions would advise as one of the primal goals, if not core path for the soul, in this life. 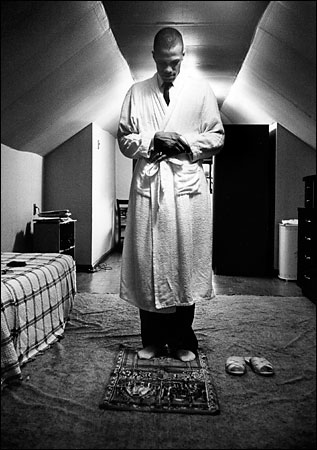 Nearly a week before his assassination, Malcolm was asked by reporters if he was worried at all, considering the fact that he was getting death threats. He responded, in all sincerity:

"No, I don't worry...I am a man who believe[s] that I died twenty years ago...and I live like a man who's dead already. I have no fear whatsoever of anybody or anything." - Ibid.

His younger brother in arms, the Reverend Dr. Martin Luther King Jr., having achieved the same levels of personal victory, proclaimed similarly and publicly three years later, on the eve of his assassination:

"So I'm happy tonight, I'm not worried about anything, I'm not fearing any man..."

These were the promulgations of men who had evolved spiritually to the point of reaching authentic Ego Death, which any true Mystic, Shaman or Healer would tell you is essentially the equivalent of conquering fear. They were of the cadre of souls who Evola foresaw and labeled as "Men Among the [spiritual and, quite possibly, at this rate, physical] Ruins".

Amongst the 'practical lessons' to be taken from this great man's short life for the young are these:

That one's early anguish can help mold the steel of character, which could translate into improving the lives of others; that the life of the mind should always be deepened, regardless of one's circumstances, because "without education, you're not going anywhere in this world" (Malcolm X); that there are ultimately only two emotions, Love and Fear, and truly Submitting to the former leaves no room whatsoever for the latter.

"I pray that God will bless you in everything that you do. I pray that you will grow intellectually, so that you can understand the problems of the world and where you fit into, in that world picture. And I pray that all the fear that has ever been in your heart will be taken out..." - Malcolm X 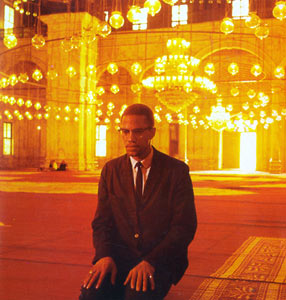 More:
spiritual awakeninghealthy livingRacismcuriosityEducation
Newsletter Sign Up
The essential guide to taking care of your mind and body
Subscribe to HuffPost’s wellness email
Successfully Subscribed!
Wellness delivered to your inbox