Since becoming a worldwide phenomenon in 2008, Bitcoin and digital currency have remained at the forefront of ever-evolving changes in the payments industry. A once obscure digital currency has sparked not only global interest, but also a flurry of innovation and technological advances.

From beginning as a niche payment mechanism for technophiles, to becoming a widely accepted form of payment and asset class, digital currencies continue to gain popularity as individuals, organizations, and governments look for ways to harness technology to solve 21st century problems.

Equally exciting has been the entrepreneurial impetus triggered by the advent of digital currencies. Innovators across the globe have begun to develop new technologies which facilitate the secure storage of virtual currency and enable transactions. Even investment professionals have begun to view Bitcoin and other virtual currencies on par with other asset classes such as securities and commodities.

Beyond simply facilitating transactions or investments in digital currency, other entrepreneurs are looking at Bitcoin's underlying blockchain technology as a conduit for further innovation. More specifically, entrepreneurs are attempting to harness the ability of blockchain technology to securely track and maintain transaction records for a broad range of applications.

One entrepreneur seizing on the power of blockchain is San Francisco based Snapcard CEO and Co-founder Michael Dunworth. A long time player in the digital currency space, Snapcard's business has evolved from simply processing transactions and facilitating the storage of digital currency to applying the power of blockchain technology to help people send money in more than 10 currencies to 32 countries.

I had the opportunity to interview Michael to discuss his business, the future of digital currency, and his views on entrepreneurship. Hope you enjoy. 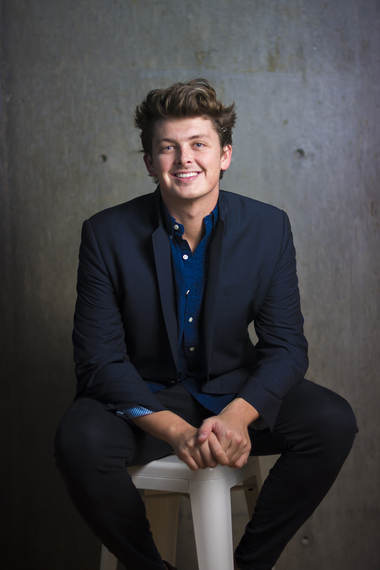 CG: Tell me about Snapcard. How did you conceive the idea for the company and what does Snapcard do.

MD: We're big fans of digital currencies and have been for some time.

Snapcard focuses on leveraging the blockchain for cross-border payments.

This wasn't always the case though, we were once a merchant processor for Bitcoin (realized there's no market), then a Bitcoin wallet (market very small) but now we've found the most opportunity tucking Bitcoin behind the scenes as the technology, and just going after the market of "sending/receiving money." It's absolutely crazy how much interest there is when you explore outside of the direct Bitcoin currency applications and look into the underlying technology a little deeper.

CG: How has the use of Bitcoin and other digital currencies evolved since you launched Snapcard in 2013?

MD: Massively. People used to spend it a lot more than they do now, that's a fact. The reason why is because people buy the coins at a price, and when the price rallies to be 300% greater than what they bought in at, spending them is a simple way of profit taking. That was back in 2013/start of 2014... Since then, we are seeing much more of our clients using the technology behind, as opposed to directly spending/buying Bitcoin.

MD: If you're talking about more developed markets, I think it's going to sit as an asset class/store of value for a while now. Unless there's some kind of "end of the world" economic situation where a government collapses, I wouldn't expect it to be the currency people use everyday for a while.

However, emerging markets is a very different story. We've done a huge amount of work exploring LATAM and the space of payments in that region. It's incredible how much more difficult credit cards are down there: As a business, if you accept credit card payments, you get paid 30 days later. If you want the payment within a few days then you pay a premium of about 5% of the payment amount. Looking at that, you can already see a value add of Bitcoin payments because they're settled in real time.

The future of Bitcoin looks very promising. We will continue to innovate - to create more services for everyone to use it in fresh, new ways.

CG: Some countries have been quicker than others to embrace digital currency. For example, Ecuador recently rolled out its own version of a digital currency. You've identified Brazil as a market with a great potential for growth in digital currency use. Can you tell us a little bit about your reasoning?

MD: It's incredible that they're so far ahead in some ways, yet so far behind... Here's an example.

Far ahead: Payments in installments. This is an absolutely humongous industry, and very common in Brazil, although it's only just coming to fruition in more developed countries through startups like Klarna or Affirm.

Far behind: It takes thirty days to get a settlement of credit card payments. Compare this to a company like Square in the USA with which it only takes a day to get your money.

It's fascinating to me!

CG: From a regulatory perspective, here in the U.S., is there anything you think regulators and lawmakers can do to help foster the growth of digital currency?

MD: My advice to regulators and lawmakers would be to be open to Bitcoin innovation and change. This is such an awesome technology, it'd be a shame for it to be squashed out of nerves or uncertainty.

CG: The process of building a successful startup is rife with challenges and obstacles. What advice do you have for other entrepreneurs seeking to launch a startup in a highly competitive and cutting edge market or industry such as yours?

MD: Listen to the market and your customers and don't be ashamed to admit your initial vision or product might have been wrong - just keep building something that you can validate people like and need.

In our market Bitcoin and blockchain, it's brand new territory where nobody has paved the way for how it's done. In areas like that, stay nimble and flexible until you find product/market fit.

Also, keep an eye on your burn and path to profitability. Investor money doesn't last forever, so don't assume it will!

Above all of that, make sure your team are people you like, not just talented people. Startups are like a family, everyone is in it together. Make sure you get a long with them and can spend 15+ hours a day with the people you work with.

MD: To entrepreneurs, surround yourself with a great team. Don't only look for talent, look for genuinely good people. With that, everything else will become a lot easier!