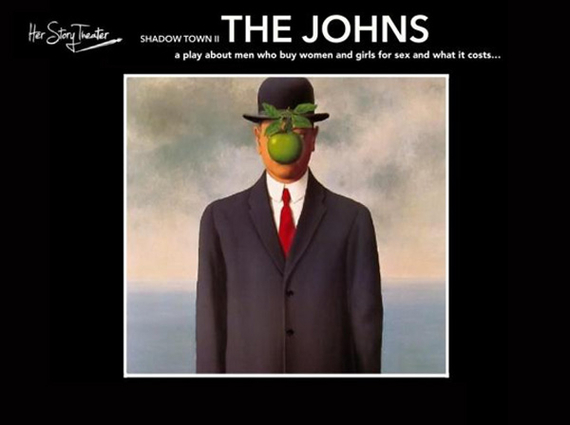 October was domestic violence awareness month--as April will be sexual assault awareness month. This has not always been so. The intimate violence that impacts as many as one quarter of all women is not a recent social phenomenon, but domestic violence shelters, rape-crisis hotlines, and many laws relating to sexual violence are still younger than many of the women (and sometimes men) who need them. Historically, and in the face of ancient problems, we are just beginning to expose and fight sex-based violence. But while the fight against domestic and sexual abuse is relatively young, it has yielded lessons of infinite value to a fight that is still in its infancy: the fight against sex trafficking.

A central lesson from the movement fighting violence against women is this: It is easy to focus on the wrong thing, asking "why didn't she just leave?" (of domestic violence victims) or "what was she doing alone with him?" (of rape survivors). These questions may be instinctual, but they lead to a narrow focus on victim behavior, which distracts from the most important question: Why do so many men harm so many women? And what can we do to stop it?

A second lesson is this: telling facts and sharing statistics don't create change. Only personal--or personalized -- accounts seem to move people to deep understanding and action. Witness the recent responses to the video of Ray Rice engaging in violence against his then-fiancee. Just a few seconds of video appears to have had the power to move previously immovable entities into new commitments to action, inspired by new appreciations for what the realities of domestic violence are.

So how can these insights help those who are interested in the modern fight against the scourge of sex trafficking? In this way: by reminding everyone to pay attention to the men whose demand for purchased sex is the root cause of all prostitution -- the men who buy sex. And as people seek out opportunities to see and understand the men whose sex purchasing fuels a billion dollar business that mostly consumes the lives of girls and women with no other options, it is also critical to remember the power of personal -- or personalized -- accounts in truly educating and moving people to action.

For all these reasons and more, I am deeply excited about the transformative possibilities of a play that is currently running at the Mayer Kaplan Theatre in Skokie. It is called "The Johns" and it is an original play about the men who buy women and girls for sex. It is based on real interviews with real men who have purchased sex in the Chicagoland area -- and it is a personalized telling of truths too long ignored, with a focus on the men whose conduct has been for too long unexamined. For all those who are interested in the fight against sex trafficking, which is a fight absolutely aligned with the fight against domestic violence and sexual assault, this play has the power to spark important conversations, and it is worth your time and consideration.