Harold Jellicoe Percival, a Royal Air Force veteran who served during World War II, died in a nursing home on Oct. 25. The 99-year-old had no surviving family members or friends to attend his funeral, so the facility posted a notice in a local newspaper, asking service personnel to attend.

Other local media picked up the story, and the photo of the initial callout was widely shared on social media. It seems the Internet listened.

On Veterans Day, known as Armistice Day in the United Kingdom, hundreds of strangers turned up at the Lytham Park Crematorium in England to show their support for the deceased veteran. 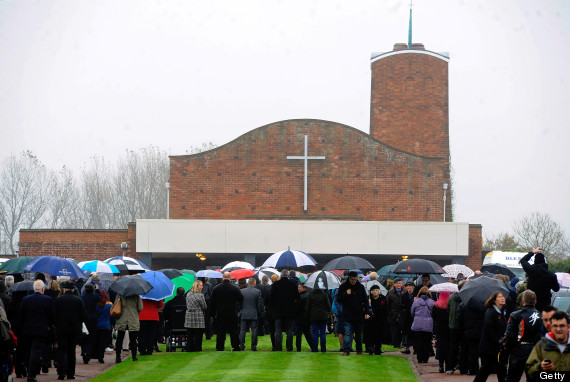 I hope this newspaper listing means some service personnel attend this guy's funeral. pic.twitter.com/ApipYebmAD (via @middleaged_mom)

Others took to Facebook to urge service personnel in the region to attend the service.

Harold will be sorted! Nice one Internet. pic.twitter.com/aGnfxixzZF

The message was heard, and hundreds of veterans and civilians attended the RAF airman's funeral on Nov. 11. 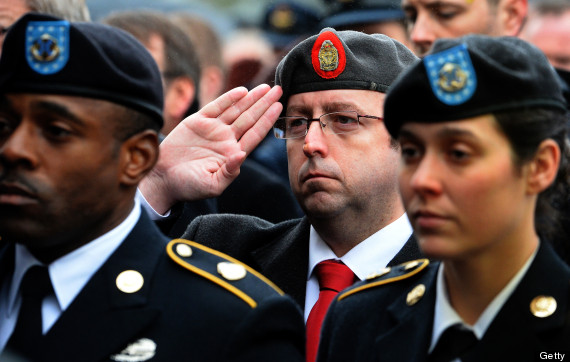 Service personnel await the arrival of a coffin bearing the body of World War II veteran Harold Percival for a funeral service in Lytham, northwest England, on Nov. 11.
(Photo by PAUL ELLIS/AFP/Getty Images) 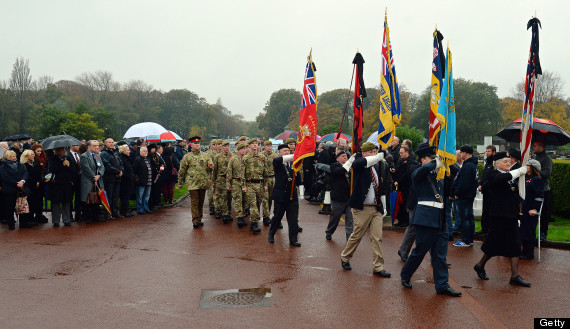 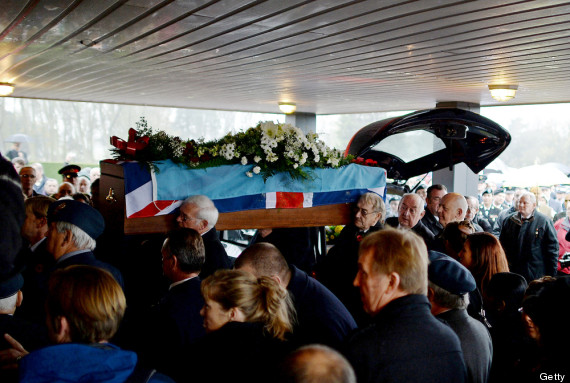 During the service, Rev. Alan Clark told mourners they had "come in numbers surpassing anything that was expected. Not because you knew him, but because each of us has a common humanity," the Associated Press reports.

Harold Jellicoe Percival, WWII Veteran, Dies With No One To Attend Funeral... Until Internet Steps In
The Internet Saved My Life

1 / 10
Bev Holzrichter, "The Internet is my hero, it saved my life"
CNN reported the story of Bev Holzrichter, 56, who runs a horse stable in Charlotte, Iowa with a live stream installed for foaling season. In 2004 one mare, Sierra was having trouble giving birth. Holzrichter went to check on her without realizing that another mare, Nifty, had broken down her door and was in Sierra's stall trying to steal her foal. Trying to defend her newborn, <a href="http://articles.cnn.com/2005-09-21/tech/bev.holzrichter_1_web-cam-stables-horses?_s=PM:TECH">Sierra kicked Holzrichter three times in the chest. </a> Users on the live stream watched the entire incident, and came to the rescue. Residents of Germany, the United Kingdom, France and all over the world called the Charlotte Rescue Squad. When they arrived 45 minutes later, Holzrichter was already in shock with a dangerously low temperature. "<a href="http://articles.cnn.com/2005-09-21/tech/bev.holzrichter_1_web-cam-stables-horses?_s=PM:TECH">The Internet is my hero</a>." Holzrichter said of her ordeal. "Those people watching are the ones who helped me. If it wasn't for the technology of the web cam, I'm not sure when I would have been found or what would have happened to me." Holzrichter suffered a damaged knee and leg.
Alamy