Harrison Ford's relationship with Han Solo, the character he played in the original "Star Wars" trilogy, is what you might call ... complicated. He's generally open to discussing his other iconic role, Indiana Jones, but he tends to bristle when reporters raise the subject of Solo. (Once, during a 2010 interview with David Letterman after the host had labeled "Star Wars" as "iconic," Ford quickly dismissed that notion by grumbling, "yeah, yeah," then referred to his character as "Ham Yoyo.") Ford has even gone as far as to say, "I'm done with him, " in a 2010 interview with MTV. Now, two years later, in a surprise to anyone who's been paying attention as obsessively as I have, Ford has said that he'd be "open to the idea" of returning for 2015's "Star Wars: Episode VII." Is he serious? And, if so, what changed? Let's look back at the long, often contentious relationship between Harrison Ford and Han Solo and see if we can find out.

If George Lucas had stuck to his original vision (something "Star Wars" fans know Lucas isn't particularity great at doing), Harrison Ford never would have been cast as Han Solo. Lucas had set a rule that he didn't want to cast any actors from his earlier film "American Graffiti," and Ford was one of them. According to J.W. Rinzler's excellent "The Making of Star Wars," casting consultant Fred Roos hired Ford, who had a background in carpentry, to install a door at the American Zoetrope, where the "Star Wars" auditions were being held, in the hopes that his mere presence would change Lucas' mind. Apparently, this worked.

In 2010, Ford dismissed Solo to ABC, saying, "As a character, he was not so interesting to me." But he felt very differently about the role in the late '70s. At that time, he was a struggling actor, and the role meant everything to him. "I left acting to become a carpenter because our second baby was coming and we like to eat. I wasn't making it as an actor," Ford said at the time. Lucas eventually chose Ford over other hopefuls including Kurt Russell and Christopher Walken because "Harrison was the funnier, goofier one -- but he could also play mean."

"It's a real American story and it has a mythological quality to it" -- yes, those are Ford's words. And it's obvious just by reading Rinzler's book (which you really should own if you care about this subject at all) that Ford is indulging in revisionist history when he talks about how the role "was not so interesting to me." Mark Hamill, for one, was amazed at the dedication Ford put into each and every line, stating, "He'd written things in the margins, saying the same thing basically, but his way. He had an amazing way of keeping the meaning but doing it in a really unique way for his character." Ford also believed the role would help boost his career, since it was so heavy on "the kind of charm that wins people in casting offices."

Ford famously told George Lucas, concerning the clunky dialogue in "Star Wars," "George, you can type this shit, but you sure has hell can't say it." Less remembered is Ford's mea culpa after viewing the finished "Star Wars" for the first time: "I told George: 'You can't say that stuff. You can only type it.' But I was wrong. It worked." Ford has never seemed at ease in interviews, but in this interview from 1977 he looks genuinely excited to be discussing "Star Wars." (Watch him gush over the opening shot of the film at 1:07.)

Ford's career didn't exactly explode after the release of "Star Wars." In an interview from 1980 that appears on the Indiana Jones Blu-ray set, he says that he didn't get the kind of scripts he had hoped for until "Raiders of the Lost Ark" came along. And the list of films he appeared in before "The Empire Strikes Back" (not counting a cameo in "Apocalypse Now") -- "The Frisco Kid," "Hanover Street" -- is less than inspiring. By the time "Empire" started filming, Ford still seemed to enjoy playing Han Solo.

Actually, the Ford depicted in Rinzler's equally fantastic "The Making of The Empire Strikes Back" seems even more invested in Solo. "Empire" was a much more grueling shoot than "Star Wars," but Ford wasn't just along for the ride. "I think of myself as an assistant storyteller," he said at the time, and there's no better example of that than his debate with "Empire" director Irvin Kershner over the carbon freezing scene.

In the script, Solo's response to Leia's declaration of love for him was written as "I love you, too." It's now lore that Ford changed it to "I know." But if you read the transcript of Ford's conversation with Kershner on the set, you can see that Ford wasn't just being a smartass. He put a lot of thought into that line. "But if she says, 'I love you,' and I say, 'I know,' it's beautiful and it's acceptable and it's funny," he pleaded. "The point is, I'm not worried about myself anymore; I'm worried about her."

This does not sound like a man who didn't find his character "interesting."

Even while promoting "Empire," Ford still hadn't yet developed his gruff attitude toward "Star Wars." Again, he actually seems relatively excited to be talking about the movie. (That would change before "Return of the Jedi" was released.)

By "Return of the Jedi," something had changed. Ford had become a superstar after playing Indiana Jones in "Raiders of the Lost Ark" and received high marks for his performance in Ridley Scott's "Blade Runner, so maybe it was now that Ford decided that Han Solo wasn't as interesting as characters like Indiana Jones and Rick Deckard. And Ewoks aside, most "Star Wars" fans (including the one writing this piece) agree that there was something missing from Ford's performance in "Jedi." Ford had wanted Solo killed off at the end of "Jedi," something that Lucas, in the end, refused to do. (Rumors persist that, in the original treatment, Solo was flying the Millennium Falcon in the assault on the second Death Star, not Lando, and perished during that battle.) In 1982, Ford appeared on "Late Night with David Letterman" to promote "Blade Runner" and responded less than warmly when the subject of "Return of the Jedi" was mentioned. (After, Ford was so impatient to get out of there that he bolted before the show went to commercial.)

During publicity for "Jedi," there was an even more drastic shift in Ford's tone. Here (at 5:00) a voice-over introduces Ford's segment by stating, "The actors won't miss the galaxy." Then, a grumpy Ford says, "Three is enough for me. I was glad to see that costume for the last time." (Remember, he was trying to promote a movie, not dissuade people from seeing it.)

Whatever turned Ford off about the character of Han Solo obviously had something to do with "Return of the Jedi." Perhaps Ford didn't respond as well to the direction of "Jedi" director Richard Marquand? Perhaps the answer is a lot more complicated than that.

Here, in a 2010 interview, Ford confirms that he wanted Solo dead.

That same year, Ford appeared on "Conan" to promote "Morning Glory." At one point O'Brien asked Ford about a possible fifth Indiana Jones movie, to which a giddy Ford started rubbing his fingers together in a way that corresponds to "money." There's nothing inherently wrong with the fact Ford wants a payday -- we all like making money! -- but it's hard not to imagine Ford doing the same thing, probably with even more gusto, at the thought of appearing in another "Star Wars" movie. It would just be a shame if that's the only reason he's now "open" to the idea, because the last thing a new "Star Wars" needs -- especially after the cold reaction to the prequels -- is a phoned-in paycheck role by Ford.

I hope that, before any of this becomes official, Ford can reestablish his connection with the guy who actually enjoyed playing Han Solo, because, at least for a short time, no matter what he says now, he really did. 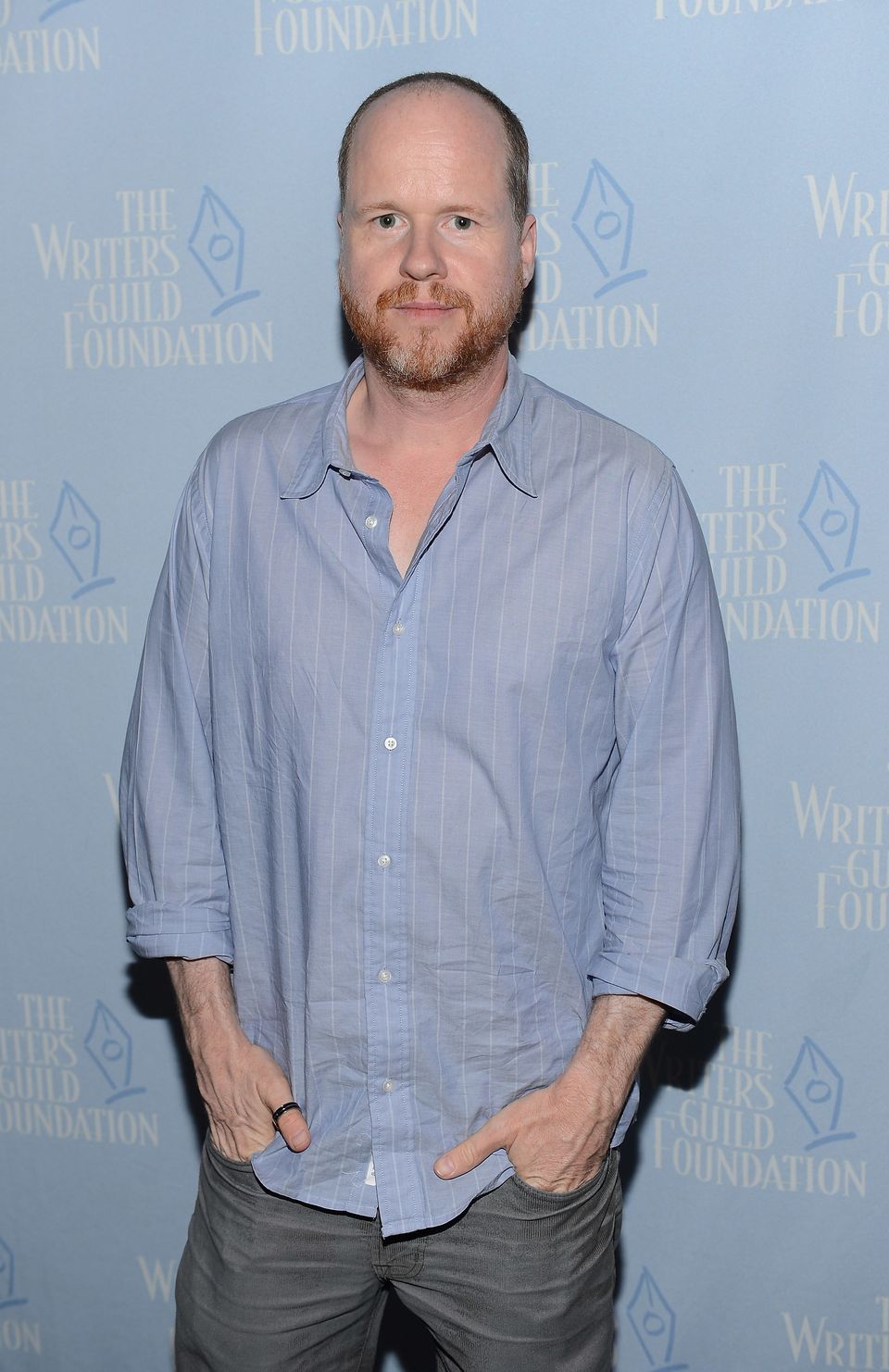