The following essay, "Pickpockets at Work," is excerpted from The Right Way To Do Wrong by Harry Houdini [Melville House, $15.00]:

Among the most interesting classes of thieves is the pickpocket, whose clever subterfuges and skill of hand have been so often exploited in novel and storybook. Your professional pickpocket is naturally a rover, and travels the country over, attending large gatherings. Of professional pickpockets there are a number of types, each adapted to the class of “work” in which he engages.

It is the usual opinion that a pickpocket is a forbidding and suspicious looking fellow, but a glance at the rogues’ gallery in any police headquarters will show you that they look much like ordinary individuals, and are of more than average intelligence. The pickpocket is usually very well dressed and of prepossessing appearance. Those who seek to make only large hauls are entertaining talkers and easy in their manner. They are generally self-possessed and, while dexterous, are very cautious in their operations.

It is needless to say that women make the most patient as well as the most dangerous pickpockets. It is simply amazing how quickly an expert pickpocket, with a delicate touch, seemingly accidental, will locate the resting-place of a well-filled purse or other article of value that he chooses to abstract. When once discovered they follow their intended victims until the proper opportunity comes. A common pickpocket trick is for the operator to carry a shawl or overcoat carelessly over the left arm, and to take a seat on the right side of the person they intend to rob in a streetcar or other vehicle.

Sometimes a small and very sharp knife is used to cut the side of the dress or pantaloons of the victim, so that the purse may be abstracted without going into the pocket directly. Others of this light-fingered gentry wear light overcoats with large pockets removed. They will endeavor to stand near a person, preferably a woman, who is paying her fare and has displayed a well-filled purse. The pickpocket then carelessly throws his coat over her dress, and by inserting his hand through the outside opening of his own pocket, quietly proceeds to abstract her purse. Pickpockets either work alone of in pairs, or what is called a mob. Most female pickpockets seem to prefer to work alone, sometimes, however, working in conjunction with a man thief to whom they pass their plunder, and thus make detection impossible if they are suspected and searched.

The mob is a gang of expert pickpockets under the direction of a leader who has had experience, and knows all the tricks. Their usual game is to frequent some crowded platform or a railway station, and raise an apparent row in which two men seem to engage in a scuffle or quarrel and come to blows. Others rush in attempting to separate them, and the attention of the whole crowd of people is for the moment directed strongly that way. At the same moment other single light-fingered members of the same gang crowd in with the citizens who are being jostled, and abstract their pocketbooks and watches without any trouble. Recently a gang has successfully worked in several of the subway stations in Boston, and the same gang has successfully plyed this vocation in New York, Chicago, and Philadelphia.

The false-arm game, or the “third mit,” as it is known to the professional pickpocket, is said to be little employed in this country now. A loose cape overcoat is worn in one of the sleeves of which a false arm and hand are fixed. Thus a detective who may be watching the pickpocket will see apparently both of his hands in view, while in reality the light skillful fingers of the operator’s left hand are going through the pockets of the man beside of whom he is standing. This dodge is very much employed on the continent by shoplifters.

One of the many fertile dodges by which a pickpocket escapes detection is known as the horse-dodge. The thief so arranges as to meet his victim by the side of a horse standing by the curbstone. He has previously located the watch or purse he wishes to lift, and with a quick blow he knocks his victim’s hat over his eyes, grabs the pocketbook or watch or whatever else he is after, and immediately darts under the horse, and hides himself in the traffic on the other side. By the time the victim has got the use of his eyes, and is able to look around, the thief has entirely disappeared, and he would not be apt to look in the right direction, at any rate.

In the outskirts of London, among the small shops, a rather unusual trick has been played frequently upon unsuspecting shopkeepers. Two men in earnest argument over some matter enter a small grocery store and approach the proprietor who is behind his till. One man says to the proprietor, “My friend and I have gotten into an argument over a peculiar matter which we believe you can settle for us. I have bet him that my hat,” taking off an old-fashioned stove-pipe hat, “will hold more than four quarts of molasses, while he contends that it will hold hardly three quarts. We are willing to buy the molasses of you will fill this hat and prove the question to decide the bet.” The shopkeeper good-humoredly agrees, and brings the hat brimful with sticky molasses, at which one of the thieves slaps it over the shopkeeper’s head, and before he can extricate himself and call for help they have robbed the till and disappeared. 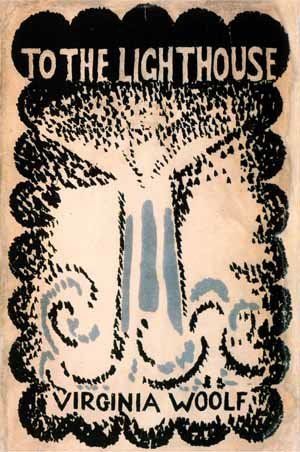 1 / 9
"To the Lighthouse" by Virginia Woolf
Lily finishes her painting (it took her TEN. YEARS.), and feels pretty good about it. Mr. Ramsay finally takes his kids to the lighthouse, which isn't <em>really</em> a spoiler because it's inferred in the title. This might be classified as a "literary" plot, because no one gets married and no one dies, but there is a lot of contemplation about (SPOILER!) the futility of existence.