Happy 20th birthday to “Harry Potter”! The series, that is. (To be clear, Harry Potter the character will turn 37 on July 31, his canonical birthday.)

Monday is perhaps the least magical day to celebrate such an immensely joyful milestone, but don’t let the beginning of the work week prevent you Potterheads out there from enjoying the 20th anniversary. Here are 7 small ways to add a sparkle of “Harry Potter” magic to your day:

1. Do the NYT Crossword Puzzle!

In honor of “Harry Potter”’s big day, The New York Times crosswords editor Will Shortz hosted a special Potter-themed puzzle by Brian Greer, one-time crosswords editor for The Times of London. Bonus: It’s the Monday puzzle, so even those of us who aren’t cryptogram experts might be able to complete it and find the hidden message without the help of Felix Felicis.

J.K. Rowling and others have been sharing their feelings about the anniversary on Twitter using the hashtag #HarryPotter20. As a little gift to the Potter faithful, Twitter created an adorably appropriate emoji for the occasion, which pops up when users deploy the hashtag:

Also, check out Pottermore’s Twitter profile and revel in the birthday balloon shower.

If you’re more of a Facebooker, that social network has whipped up its own elaborate Easter egg for fans. Type “Harry Potter” or one of the four houses ― Gryffindor, Ravenclaw, Hufflepuff and Slytherin ― into a status or comment, and a wand will pop up and shower multicolored sparks onto the screen.

To see it again, just click on the word. Vermillious!

4. Whip up some Butterbeer.

What better day to try to replicate that favorite wizarding brew, Butterbeer? There have been recipes floating around for the beverage for years, and an “official,” nonalcoholic version is served at the Wizarding World of Harry Potter and the Warner Bros. Studio Tour. The Mirror claims that they’ve gotten the inside scoop on how to make the drink ― but don’t chug too much; their recipe sounds incredibly sweet.

5. Take our quiz and find out how much you really remember from the series.

Are you a Muggle, or the brightest witch of your age? Be warned, this quiz is riddikulously hard.

These beauties come in four house color schemes, so you can flaunt your inner Gryffindor (or Ravenclaw, or Hufflepuff, or Slytherin). We’re a little obsessed.

7. Last but not least: Check out our “Harry Potter” 20th Anniversary page and read all about the books, movies and fandom!

And have a very Harry day. 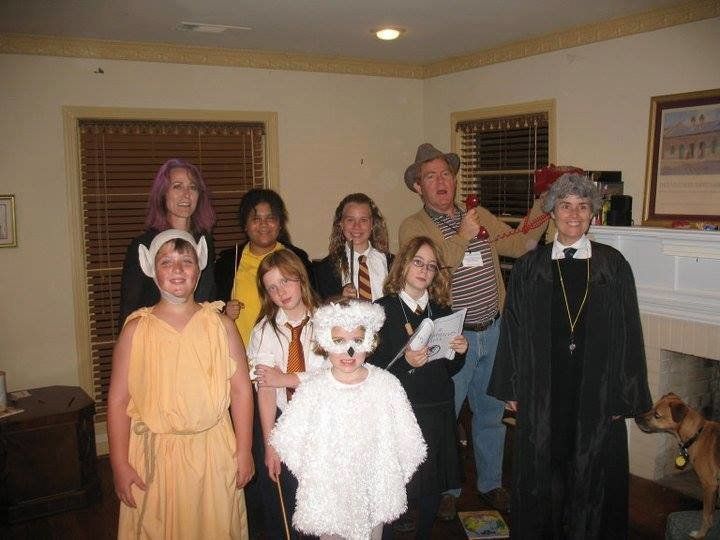