It all ends here.

The war for the wizarding world. The film series. The global sensation.

In just one month, "Harry Potter and the Deathly Hallows: Part 2" will be released to the world, closing the final chapter on perhaps the most beloved book-to-film series of all time. And having gone from just wide-eyed children -- on screen and off -- the new poster for the series finale shows just how much its stars, Daniel Radcliffe, Emma Watson and Rupert Grint have grown.

Want to see the progression? Check out their first ever scene together. And take a trip through the years, through each film.

So what will the stars do now? Daniel Radcliffe is currently wowing on Broadway, working on new films and, one day, hopes to direct.

"Films would be my first love I think, just because I grew up there. I would love to one day definitely get behind the camera and direct. I think that's maybe where I end up," he last month "I'd certainly like to do something in that direction."

And for Watson? Acting, modeling, and figuring out who she is. 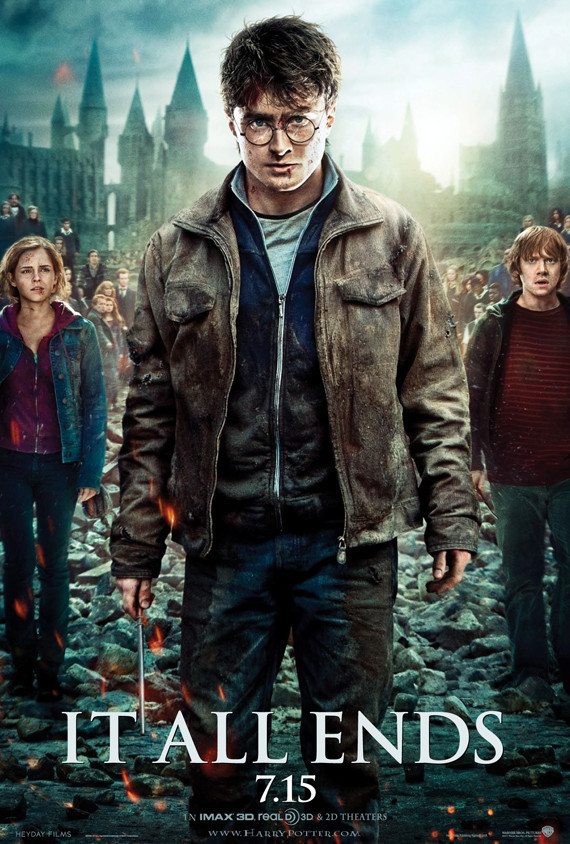