This is not a part of the Hogwarts curriculum. The last Harry Potter book may have come out in 2007 and the last movie in 2011, but fans still debate the intricacies and nuances of J.K. Rowling's masterful and magical series. True Gryffindors, Ravenclaws, Hufflepuffs and Slytherins alike will appreciate the more insane fan theories proposed in the Potter world. These five theories are going to make you freak out:

This theory is based on physical similarities between the the two characters and small plot points in the books. Presumably the theory implies that an alternate reality exists where Voldemort is not defeated and an old Ron Weasley is forced to travel back in time to assume the character of Albus Dumbledore to guide himself and other students into victory over the dark arts.

Both Dumbledore and Weasley have long fingers, share a left-leg injury, like chocolate frog cards and have naturally red hair. Dumbledore seeing himself holding socks in the Mirror of Erised (which shows people's deepest desires) is tied to Weasley not appreciating his mom's Christmas socks in the books. It's also argued that Dumbledore had to have grown up in the same generation as Weasley due to a comment about eating Bertie Bott Every Flavor Beans in his youth and Bertie Bott not being born in time to even make his product yet.

Mallory Ortberg at The Toast covered this Ronbledore theory extensively throughout 2014. One article listed deniers of the theory with arguments that Dumbledore had siblings, Weasley married Hermione Granger in the books and a younger photo of Dumbledore is seen by Harry Potter and it doesn't look like Weasley. To the deniers Ortberg wrote "You are all wrong" and to the believers, "Keep the faith, keep the watch, and keep a light burning in the night for Ronbledore."

As What Culture points out, the central prophecy states that "The Chosen One" will be "born to those who have thrice defied him, born as the seventh month dies" and he will "have power the Dark Lord knows not." Neville Longbottom's parents were tortured for standing up to Voldemort, and Longbottom was born on July 30. The power he has that the Dark Lord doesn't? That could be herbology. How herbology would help Longbottom defeat Voldemort is unclear, but maybe Longbottom just never got a chance with all the Harry Potter hype.

Albus Dumbledore tells Potter in Order of the Phoenix that it actually could have been Longbottom:

"The odd thing is, Harry," he said softly, "that it may not have meant you at all. Sibyll's prophecy could have applied to two wizard boys, both born at the end of July that year, both of whom had parents in The Order of the Phoenix, both sets of parents having narrowly escaped Voldemort three times. One, of course, was you. The other was Neville Longbottom."

Part of the prophecy does state that Voldemort would mark his equal and Potter has that famous scar, so The Chosen One probably was Potter, a stance that Dumbledore explicitly states. But maybe Longbottom would have defeated Voldemort with his herbs if only he'd been given a shot. Perhaps it would have been easier to just hash things out.

Hermione Granger may be the twin (or older) sister of Harry Potter, something she knows throughout the books. She is part of the protection plan of Harry Potter, the supposed "Chosen One," and therefore those Muggle parents of hers are either adoptive or didn't exist in the manner Granger described them. This might explain why she was able to wipe their memories of her whole existence in Deathly Hallows. Right from the start, Granger acts as a caring figure to Potter, while also being a know-it-all, which may play into a sibling rivalry. If they were siblings, it would also help to explain why they didn't end up together.

Much was made of the kiss Weasley imagined between Granger and Potter in the "Deathly Hallows" movie, with fans calling it "awkward," "creepy" and "disturbing," according to MTV. Something simply seems off about the chemistry between those two characters and maybe it's because they both call James and Lily Potter their parents. If true, and the Ronbledore theory is true, that would mean Dumbledore and Potter were brothers-in-law the whole time.

While at Hogwarts, Remus Lupin and Sirius Black were best friends, along with James Potter and Peter Pettigrew. Together they all made the Marauder's Map. Lupin does eventually marry Nymphadora Tonks, but this isn't until after Black died in the Second Wizarding War. In 2010, a fan with the username "amuly" created a super in-depth breakdown of instances in the books (at least the American versions) where it seems as if Lupin and Black love each other.

The evidence ranges from quotes, such as when Sirius Black says, "It used to be us ... me and Remus ... and James." Black couples the two together, pointing out that Black lives with Lupin between the fourth and fifth books and then Lupin lives with him. (Also, their joint gift-giving and other scandalous quotes.) From the Order of the Phoenix: "Ron, Hermione, Fred, and George’s heads turned from Sirius to Mrs. Weasley as though following a tennis rally … Lupin’s eyes were fixed on Sirius ... 'Personally,' said Lupin quietly, looking away from Sirius at last..." And this longer quotation, also from Order of the Phoenix:

Sirius was lounging in his chair at his ease, tilting it back on two legs. He was very good-looking; his dark hair fell into his eyes with a sort of casual elegance neither James’ nor Harry’s could ever have achieved, and a girl sitting behind him was eyeing him hopefully, though he didn’t seem to have noticed. And two seats along from this girl -- was Remus Lupin. 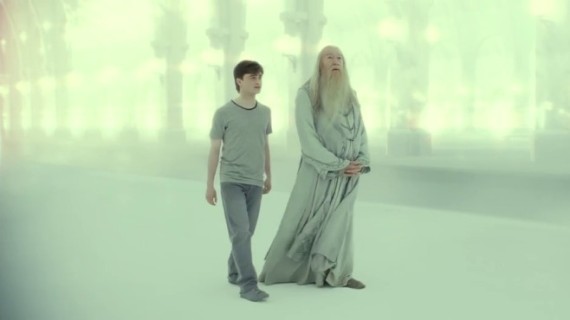 According to the prophecy about The Chosen One and the Dark Lord's fates in the book, "either must die at the hand of the other for neither can live while the other survives." This line is presented as if Harry Potter is the only one who can defeat the Dark Lord and vice versa, but a fan with the username HPWombat speculated that this might also mean that Potter must live forever since Voldemort is dead and therefore couldn't kill him. As HPWombat explains:

"Either must die at the hand of the other." Meaning the one who didn't die had no other means of achieving death ... By killing Voldemort, Harry sacrifices his death. It's made clear to us that death is the only way he'll ever be with his loved ones. Dying isn't such a bad sacrifice to make. But sacrificing his own death and living forever would be the ultimate sacrifice for Harry. By killing Voldemort, Harry would become immortal, never seeing his family or friends in death. Harry Potter would, forever, be The Boy Who Lived.

Potter has sacrificed his death by killing Voldemort and therefore sacrificed ever truly reuniting with his parents and other fallen loved ones throughout the books. Harry Potter is both blessed and doomed to be "The Boy Who Lived." 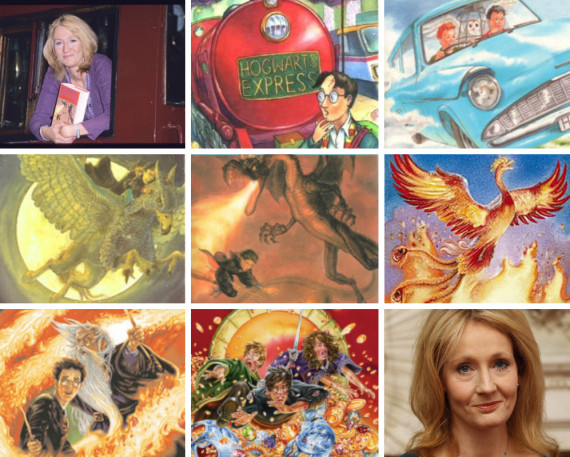 There's a theory attributed to Stephen King (who used to write about the books for Entertainment Weekly), but may have just come from Tumblr, that the seven books are J.K. Rowling's Horcruxes and that she put "a part of her soul in every book and now her books will live forever."

As Harry Potter fans know, somebody needs to die to create a Horcrux and BuzzFeed noted the deaths of Albus Dumbledore, Severus Snape, Fred Weasley, Remus Lupin, Nymphadora Tonks, Hedwig and Dobby. These do not line up with each and every book, but each book does have deaths which the Harry Potter Wikia has charted.