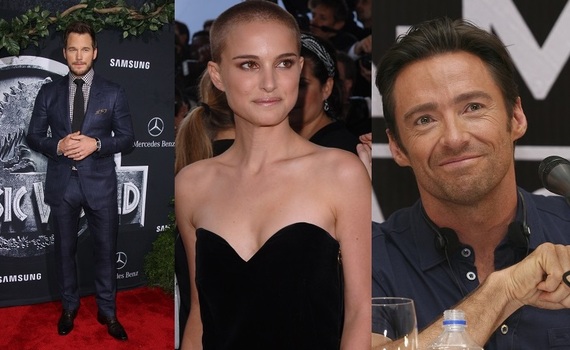 Movie fanatics are gearing up for the rest of this year's highly anticipated movies to hit theaters -- "American Ultra," "The Hunger Games: Mockingjay - Part 2," "Star Wars: Episode VII" and more.

The highest-grossing movie franchises measure their earnings in the billions of dollars -- and that is often just from the box office ticket sales. Here is a look at some of the most successful 17 film franchises in history based on domestic gross box office earnings reported by Box Office Mojo.

Tom Cruise, who stars in all five films, has a net worth of $470 million, according to CelebrityNetWorth. Forbes reports Cruise earned about $40 million from 2011's "Mission: Impossible -- Ghost Protocol."

The first movie released in 2012 and opened with earnings of $152 million. The second opened with $158 million, which was the first time in history that a franchise's first two installments grossed more than $400 million domestically, with each taking the top box office spot in two consecutive years, reports Forbes. The films' star, Jennifer Lawrence, was the top-grossing actor of 2014, according to Forbes. Her net worth is $60 million.

"Star Trek: The Motion Picture" released in 1979, and with "Star Trek Beyond" slated for release in 2016, the science-fiction series is one of the most enduring and iconic in history.

The most successful films in this franchise are the more recent reboots: "Star Trek" (2009) and "Star Trek Into Darkness" (2013), which earned $257 million and $228 million in the U.S., respectively. JJ Abrams, the director of the two recent films, has a net worth of $95 million.

When the fourth installment of the franchise, "Pirates of the Caribbean: On Stranger Tides," was released in 2011, it was the most expensive movie ever made. Its $410 million price tag included Johnny Depp's reported $55 million paycheck, reports Forbes. But it's the worst-performing movie of the franchise, pulling in $241 million domestically (it did much better overseas).

The franchise's next film, "Pirates of the Caribbean: Dead Men Tell No Tales," is releasing in 2017 and will star Johnny Depp. Depp's net worth is $400 million, and Forbes reports the actor made $30 million this past year.

So far there are seven films in the "Fast and Furious" franchise, with the first movie releasing back in 2001 and "Furious 7" releasing in 2015. An eighth movie, "Furious 8," is slated to release in 2017.

"The Fast and the Furious" was a sleeper summer blockbuster 14 years ago, opening with $40 million and going on to gross $207 million worldwide on a budget of just $38 million. But "Furious 7" had a $147 million opening weekend and has grossed $1.5 billion worldwide. The franchise's star, Vin Diesel, has a net worth of $125 million. His role in the franchise made 2014-2015 Diesel's most profitable year, with the actor netting $47 million, reports Forbes.

This 15-year-old franchise includes a total of seven films. An eighth installment, "X-Men: Apocalypse," is due out in May 2016. Of the seven "X-Men" films thus far, "X-Men: The Last Stand" proved to be the most successful film with $234 million at the domestic box office. "X-Men: Days of Future Past," however, did the best overseas with $748.1 million grossed worldwide.

The franchise's most visible star, Hugh Jackman, has a net worth of $150 million. According to Forbes, Jackman made $23 million this past year.

When "Transformers 5" is released in 2017, the franchise will be a decade old (not including the 1986 animated film "Transformers: The Movie"). "Transformers" was released in 2007. With "Age of Extinction" and "Dark of the Moon" both grossing more than $1 billion worldwide, Paramount hopes to makes as many more installments as possible.

Shia LaBeouf was the first three films' original star but didn't appear in the fourth installment. "Age of Extinction" starred Mark Wahlberg, who made $32 million in from June 2014 to June 2015, reports Forbes, and has a net worth of $225 million -- compared with LaBeouf's $25 million.

Related: Why Shia LaBeouf Gave Up $15 Million to Mark Wahlberg for "Transformers 4"

The original "Twilight" was released in 2008, and after its extraordinary success, the saga continued with a movie a year for the next four years. In the U.S., "The Twilight Saga: Eclipse" was the most successful film of the franchise, grossing $300 million. But surprisingly, it did the worst at the box office during its opening weekend with only $64.83 million in sales.

"Twilight" made star Kristen Stewart the highest paid woman in Hollywood in 2012 until she was dethroned by Angelina Jolie in 2013. Stewart's net worth is $70 million, and she reportedly earned an estimated $12.5 million per film, reports Forbes.

When "Jurassic Park" debuted in 1993, it was the first film ever to gross more than $50 million on its opening weekend. Twenty-two years later, "Jurassic World," the fourth and most-recent franchise installment, grabbed the title of best domestic opening weekend of all time with $208.8 million; it grossed more than $635 million domestically.

Although "Jurassic Park" is one of the most successful franchises of all time, director Steven Spielberg was unsure if the movie would do well, but those worries have apparently subsided -- it has been announced that a "Jurassic World" sequel has been set for 2018.

The five films in the "Shrek" franchise -- "Shrek," "Shrek 2," "Shrek the Third," "Shrek Forever After" and spinoff "Puss in Boots" -- have grossed a total of $1.42 billion domestically, averaging $283 million per film. It has been rumored that DreamWorks will eventually release "Shrek 5," although the franchise is currently on a hiatus.

Mike Myers has performed the voice of Shrek not only in the movies but in a number of shorts, commercials, TV shows, rides and video games as well. His net worth is $175 million.

The "Lord of the Rings" franchise is one of the most successful and ambitious movie series of all time. When including the original 1978 "Lord of the Rings" (which was not directed by Peter Jackson) and the "Hobbit" movies, there are seven movies in the franchise. The movies brought in roughly $1.88 billion in the U.S. alone.

Director/producer Jackson has a net worth of $450 million, $180 million of which came from just the "Lord of the Rings" trilogy, reports CelebrityNetWorth.

"The Dark Knight" is the workhorse of the franchise, earning more than half a billion dollars by itself at the U.S. box office. Globally, it generated more than $1 billion. The first "Batman" released in 1989 and made $251 million in U.S. sales and $411 million worldwide.

Christian Bale played Batman in "Batman Begins" and the two "Dark Knight" movies, which are widely considered to be two of the best and most successful reboots of all time. His net worth is $80 million. Other actors who've played the dark superhero: George Clooney, Michael Keaton and Val Kilmer. "Batman v. Superman: Dawn of Justice," starring Ben Affleck, is slated for release on March 25, 2016.

With two dozen movies released over nearly half a century, the "James Bond" franchise is the longest-running -- and among the most successful and famous -- film franchises in this list. The franchise began in 1963; the latest film, "Spectre," is due for release on Nov. 6.

"Skyfall," released in 2012, cost $200 million to make and earned more than $1 billion worldwide and $304 million domestically, making it the highest-grossing film in this franchise. Lead actor Daniel Craig has a net worth of $95 million, and made $27 million in the past year, reports Forbes. He can probably expect another hefty paycheck with "Spectre."

Arguably the most innovative and legendary film franchise in history, the original "Star Wars" was released in 1977. It was followed by "Empire Strikes Back" in 1980 and "Return of the Jedi" in 1983. More than 15 years later, a trilogy of prequels started hitting theaters: "Star Wars Episode I: The Phantom Menace," "Star Wars Episode II: Attack of the Clones" and "Star Wars Episode III: Revenge of the Sith." And in 2008, Warner Brothers released "The Clone Wars."

Over the years, seven re-releases, special editions and IMax specials have been released. The next "Star Wars" film, "Episode VII," will hit theaters on Dec. 18. George Lucas, director of the iconic franchise, has a net worth of $5.1 billion.

The eight "Harry Potter" films spanned a decade, with the first being released in 2001 and the last in 2011. The movies, based on the best-selling J.K. Rowling book series, grossed $2.39 billion in the U.S. and $7.7 billion worldwide. The franchise's last two films, "Harry Potter and the Deathly Hallows Part 1 and 2," had the highest opening weekend of the "Harry Potter" movies; "Harry Potter and the Goblet of Fire" came in third.

A "Harry Potter" spinoff, "Fantastic Beasts and Where to Find Them," is expected to release on Nov. 18, 2016. Author and creator J.K. Rowling has a net worth of $1 billion.

With an astonishing $8.89 billion in worldwide sales and $3.56 billion in the U.S. alone, Marvel Cinematic Universe is the highest-grossing film franchise. The release of "Iron Man" in 2008 was the first domino to fall in what would become a financial juggernaut based on Marvel's classic comic book characters. The franchise boasts three of the top 10 highest-grossing films of all time in the world: "Avengers," "Avengers: Age of Ultron" and "Iron Man 3."

The rest of the series includes "Guardians of the Galaxy," "Ant-Man," "Captain American,""The Incredible Hulk" and "Thor" movies. Robert Downey Jr. ("Iron Man") made Forbes' list of the highest-paid actors in the past year, earning $80 million. Other Marvel superhero actors who made the list: Chris Hemsworth ("Thor"), Chris Evans ("Captain America" and "Avengers") and Chris Pratt ("Guardians of the Galaxy").