Once a motley crew of children picked from British obscurity, they became the witches and wizards of Hogwarts, growing up into full blown adults before our very eyes over the course of ten years and, now, eight films. With that last movie set to premiere in London on Thursday, much of the seemingly magically transformed cast of the "Harry Potter" films grouped for one last pre-red carpet photo call.

They all hold promising futures, with fame and acting skill to each of their credits, and if they follow their leader Daniel Radcliffe's lead, they should all see great success.

"Here's the thing: if I can do it -- in the biggest film franchise of all-time in terms of grosses -- no one else has any excuses," he warned at the 92nd Street Y in May. "I just want the next generation of child actors to not have to answer all those bloody questions in interviews, 'So, how long do you expect this to last?' Essentially, that is what we get asked. A lot. I have had that phrased that way. So I just want the next lot of kids who want to act not to have to deal with those questions."

While you're at it, check out eight new clips for the film, released Wednesday. 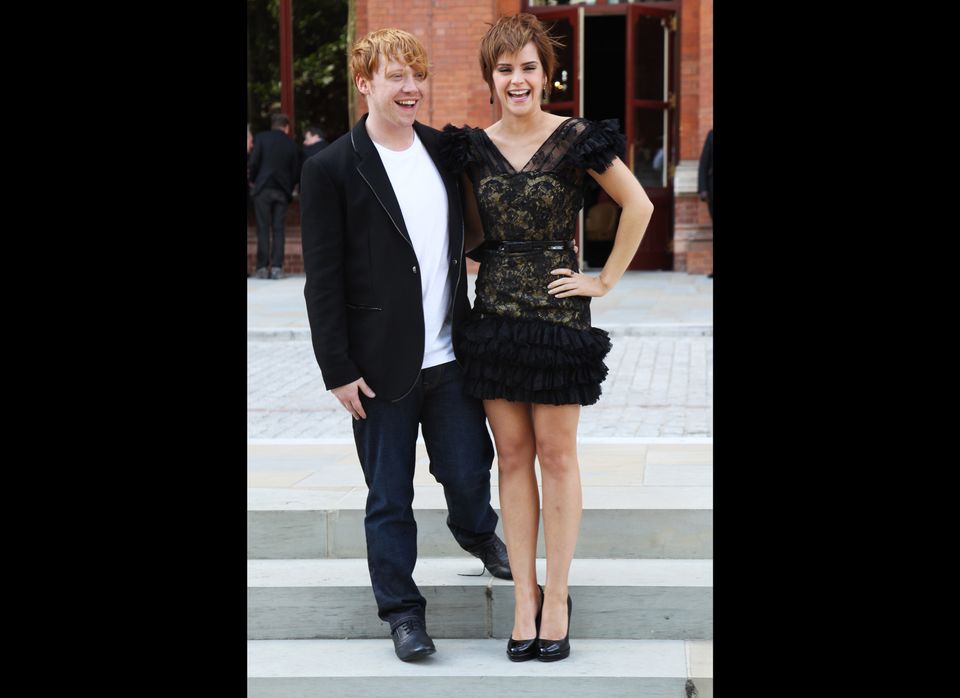