Illustrator Laura Freeman's special Internet project has been nine years in the making: Creating a complete deck of Tarot Cards for each of the characters from Harry Potter and showcasing them on her personal website. The images are hand-drawn using copic markers, and she estimates she will finally complete the entire set -- 78 cards -- by 2014.

"Harry Potter and the tarot go well together, and J.K. Rowling's novels are chock full of wonderful characters and scenes that lend themselves well to the symbolism of the cards," Freeman told The Huffington Post via email. "My shining moment of glory came when J.K. Rowling herself mentioned me by name on her official website in regards to one of my drawings."

Potter fans, we couldn't resist showing you a few of her beautiful drawings and creative tarot readings in the slideshow below. Let us know which is your favorite in the comments or tweet us your #PotterLove at @huffpostteen.

And please, head over to Laura's site to take a look at some of her other awesome fan illustrations. 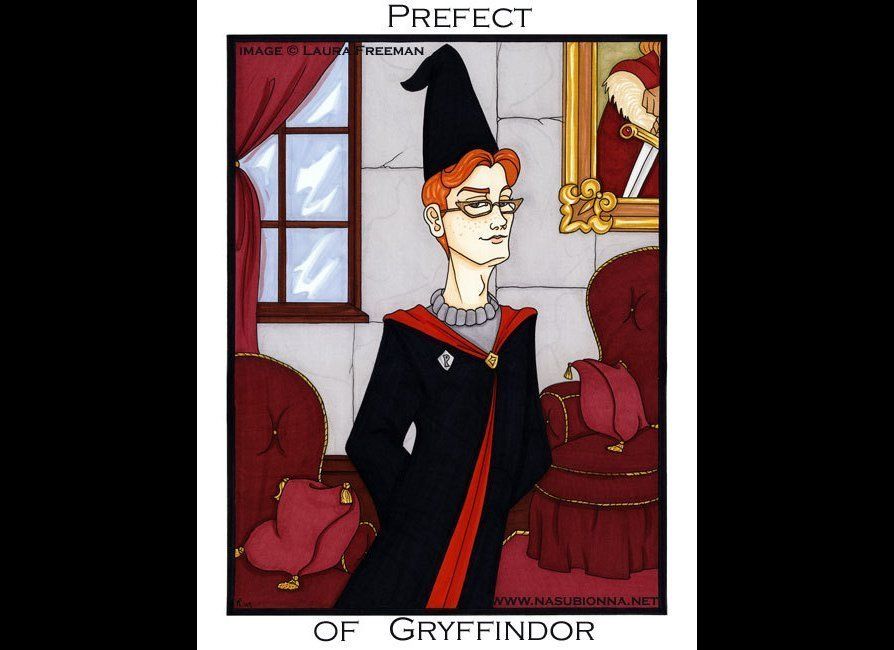 1 / 10
Page of Wands / Prefect of Gryffindor
Card of being brave and enthusiastic, of confidently pursuing your path even when it differs from what is normal or expected. It is focused on success and opportunities. Former prefect and head boy Percy Weasley has always been ambitious and driven by challenge and being successful - his path towards the Ministry was a divergence from his family and what they wanted him to do. Even though in the end it turned out that Percy had been grossly mistaken in following the Ministry, you can't deny that it was gutsy and courageous to follow his goals for as long as he truly believed they were correct. And when he finally realized that the Ministry was wrong, he bravely left them and followed what he then believed to be right: fighting Voldemort and the Ministry alongside his family.