Toobin, one of the most prominent legal analysts around, drew widespread attention on Tuesday after he proclaimed that the second day of Supreme Court hearings about the law had been a "train wreck" for the government, and that the Affordable Care Act is in "grave, grave trouble."

Speaking to reporters, Reid -- who spent an eternity pushing the bill through the Senate -- gave a heated response.

"I've been in court a lot more than Jeffrey Toobin, and I had arguments, federal, circuit, Supreme Court and hundreds of times before trial courts," Reid said. "And the questions you get from the judges doesn't mean that's what's going to wind up with the opinion ... I think that in my personal opinion, although I have great respect for Toobin, I disagree with him."

Toobin addressed this notion during his CNN appearance, saying that, nowadays, the questions from the justices are highly likely to align with their eventual opinion in the case.

Responding to a tweet saying that his analysis was faulty, Toobin was candid:

@DwayneBurns @barackobama It wouldn't be the first time I was wrong!

Harry Reid Hits Out At Jeffrey Toobin Over Obamacare Analysis 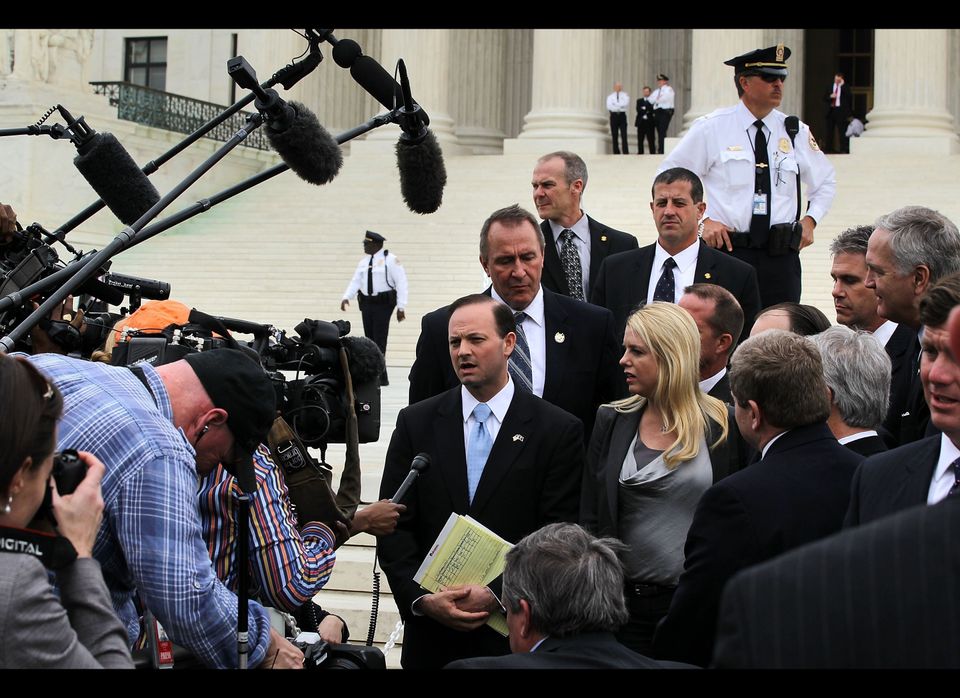 1 / 15
WASHINGTON, DC - MARCH 28: Florida Attorney General Pam Bondi and other 25 states attorney generals who are also the plaintiffs of the lawsuit against the healthcare reform speak to the media the U.S. Supreme Court March 28, 2012 in Washington, DC. Today is the last of three day the high court set to hear arguments over the oral arguments on the Patient Protection and Affordable Care Act. (Photo by Alex Wong/Getty Images)
Getty