You know Harry Styles is a sweetheart who loves to help his fans, but he may have just outdone himself. At a recent One Direction book signing event in London, one of his fans started having a panic attack after finding out that she was in the same room as the members of 1D.

Ruth had been eager to meet the band for years. According to Buzzfeed, Ruth says that when Harry saw her looking distressed, "He broke through the barrier despite security not wanting him to hug me and hold me and make sure I was OK for like three minutes while we just held each other."

He told her to take "long, slow, deep breaths" which approximately zero people do in the presence of Harry Styles.

Ruth apologized for being such a "loser." Harry obviously assured her that she was no such thing. And then they just hugged and talked about how much they love each other for awhile:

That's just the kind of star Harry is. Last year, he apparently said:

The hug seemed to have done the trick. After making sure Ruth was ok, Harry went back to book-signing and generally spreading adorability and sunshine through the world:

The whole experience meant a lot to the fan, who tweeted:

I WILL NEVER STOP SMILING EVER

And Instagrammed the experience:

Other fans got a little bit weepy about the whole thing as well:

@addictof1d you're hitting me right in the feels stooop😭😭

Just goes to show, Harry Styles knows how to bring out the feels in all of us.

Harry Styles Comforts Fan Mid-Panic Attack, Restores Our Faith In Humanity
Proof That One Direction Fans Are *The* Best 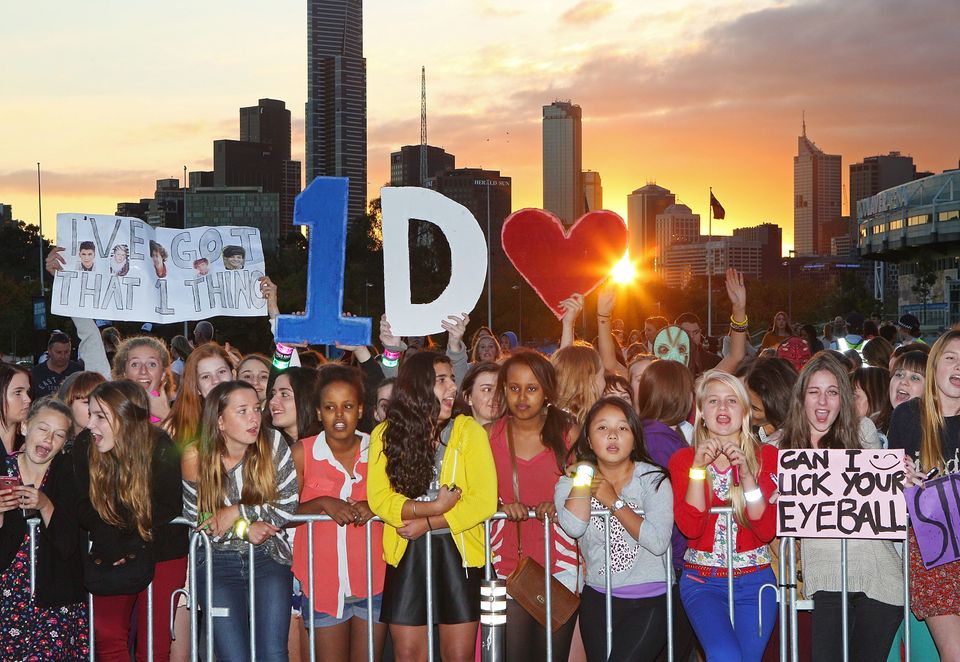 1 / 33
One Direction Live In Melbourne
MELBOURNE, AUSTRALIA - APRIL 16: Fans wait for the gates to open outside of the One Direction concert at Hisense Arena on April 16, 2012 in Melbourne, Australia. (Photo by Scott Barbour/Getty Images)
Getty Images