Harry Styles might’ve passed on a role in upcoming live-action “The Little Mermaid” movie, but it turns out he was better suited for the “Lady and the Tramp” all this time.

In his biggest acting challenge yet (yes, we saw “Dunkirk,” OK?), the former boy bander got in touch with his animal instincts to play Aidy Bryant’s dog-boyfriend in a delightfully bizarre “Saturday Night Live” sketch.

The pretaped musical sketch titled “Joan’s Song” featured Bryant as the titular lonely homebody who develops a full-fledged crush on her pet after a breakup.

“My dog is my boyfriend / We are in love,” she sweetly sings, making sure to add that the relationship is strictly platonic. “He’s a 12-pound Chihuahua / I found him on the street and I named him Doug.”

Midway through the sketch, Doug transforms into Styles, who gamely sports a dog collar and roots through Joan’s bathroom trash can.

And Styles is just as enamored with his master, as he breaks out into song about his mutual feelings for Joan, which essentially amounts to every pet-owner’s dream scenario.

But their love connection is short-lived, as Doug must revert back to his dog form. Before he goes, however, he informs Joan that his taste for her underwear and socks has caused intestinal damage and will likely run up an $8,000 bill at the vet.

Just like this so-silly-it-works sketch, Bryant’s character declares it was all worth it.

Watch the sketch below. 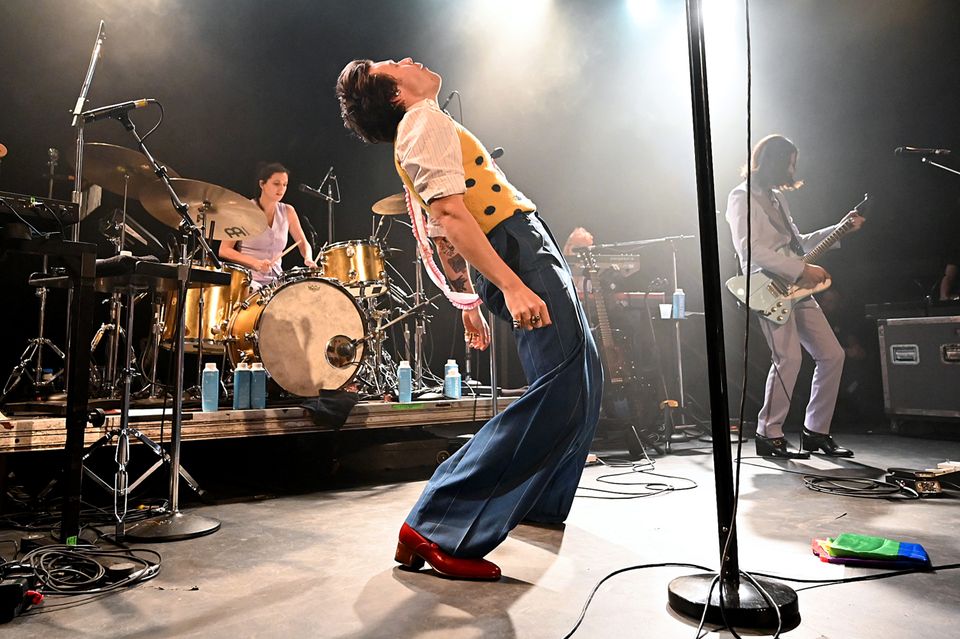