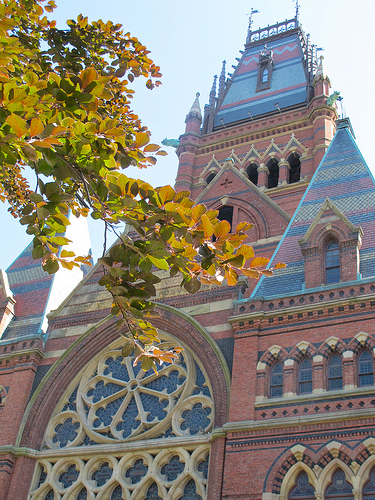 Harvard University has been plunged into controversy following a Boston Globe report from this weekend revealing that university administrators covertly accessed and searched the email accounts of 16 resident deans this past fall. The secret search, conducted without notice and in apparent violation of institutional policies governing faculty email, was undertaken to identify the source of a leak to the media about the school's high-profile and widespread cheating case, which resulted in the expulsion of an estimated 70 students.

The Globe reports that Harvard administrators ordered information technology staff members to conduct the search of the resident deans' administrative email accounts. The resident dean determined to be the source of the leak was told of the search afterwards; the other 15 were only just informed over the past weekend, months after their accounts had been searched.

Per the Globe and the New York Times, faculty are outraged over the secret surveillance. The Globe reports:

Greg Morrisett, a computer scientist who heads the [Faculty of Arts and Sciences] standing committee on information technology, agreed that the resident deans would qualify for protected status and said that a lot of faculty are going to be "pissed off."

"Speaking for myself, I would certainly include instructors, preceptors, visiting faculty, a wide range of people," he said. "And I would be extremely upset to learn that somebody is [searching electronic records] without following the policy."

The Times captures similar sentiments from faculty in its reporting on Monday:

"I think what the administration did was creepy," said Mary C. Waters, a sociology professor, adding that "this action violates the trust I once had that Harvard would never do such a thing."

Of course, Harvard faculty members have every right to be furious with the administration. While not professors, resident deans do serve as lecturers and are represented on Harvard's Faculty Council, and therefore should be covered under a faculty email policy that allows for administrative search only in "extraordinary circumstances" and only with notification.

This seems to me a sad incident which raises many questions. If an employee's boss wants to spy on her, who has to sign off on it and how does it get done? How many such searches have been done over the past five years? Is it always done without informing the target? Have the targets generally been people like these resident deans -- people with both teaching and administrative appointments?

I imagine many at Harvard will want answers to these and other questions -- and quickly.

Perhaps the central question is: What exactly does Harvard think it's doing, besides its best imitation of the Nixon administration? My best guess is that this embarrassing episode is the result of an administration hellbent on protecting Harvard's public image, even at the expense of privacy, free speech, and academic freedom.

Indeed, this latest incident -- a result of Harvard's seeming obsession with corporate-style communications and "brand management" -- is just another sign that the world's premier university has started acting less like an institution of higher learning and more like the gigantic hedge fund that it is. Again, Harry Lewis is spot-on:

More generally, it seems to me that we have taken another step away from the old feeling that the university was a family, benevolently disposed towards its members and even lovingly indulgent. It has taken a step toward becoming instead a bristling corporation, with adversaries within who must be spied upon using all available tools, or perhaps an authoritarian government.

In the coming weeks, Harvard students and faculty should make clear their grave concerns over the university's direction. It seems like Harvard's administration needs a reminder that student and faculty rights must take precedence over public relations. Ironically, Harvard's compulsive concern with the latter has earned it a very visible black eye.