As the year ends, students at Harvard University release a 2011 "report card" on America. The result -- you can probably guess -- is just short of harrowing.

Published by the Harvard Political Review, the premier undergraduate political rag on campus, and the American Education Foundation, "The Annual Report of the USA 2011" is a 70-plus-page tome, which analyzes the real state of the U.S. economy over the course of the past year. Written by Democrats and Republicans alike, the report seeks to be nonpartisan, clear, and most of all, understandable to an average citizen.

So how does America score this year? The U.S. gets a "D." Yikes. Now that's a report card I'd flush down the toilet before my mother saw. The reason for the low score includes the downgrade of American credit in August, a sluggish economy, the intractable U.S. debt problem and -- most of all -- the incessant political bickering which ensured that none of these problems were adequately addressed. While the grade "may seem harsh" -- especially given the economic crisis many European countries face -- they didn't "grade on a curve." A first for Harvard students.

This year, Americans watched as the national debt rose to over $15 trillion, nearly matching the GDP. A tumultuous Congress passed the Budget Control Act of 2011 to raise the debt ceiling on the condition that the federal government decreases future spending. Despite the last-minute compromise, Standard & Poor's downgraded the US credit ranking from an AAA to an AA+ immediately afterward, insinuating that the US is no longer the world's safest borrower. After three years of recession, the US failed to reign in federal spending and agree on a sustainable budget. This skyrocketing spending partially stemmed from the American Recovery and Reinvestment Act of 2009. The Recovery Act sought to allay unemployment during the recession with over $787 billion in stimulus funding. But this is only a small factor in the deficit equation. The 2010 budget allocated over $820 billion to healthcare, $847 billion to defense, nearly $750 billion to pensions, and $502 billion to welfare. Entitlement spending, such as Social Security and Medicare increase annually as rising medical costs and an aging population demand more from the system. 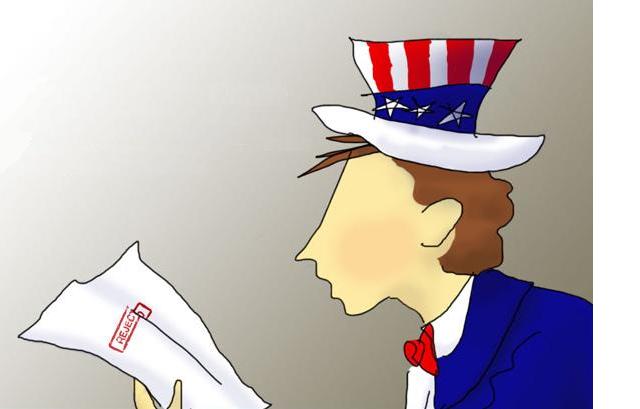 The Annual Report is contextually important as fight after fight ensues in Washington about how to rein in our debt and political contenders for 2012 offer solutions. The first step for taxpayers -- and voters -- however is to understand the complicated issues at hand. As taxpayers, we are all truly shareholders of the U.S. government. But while corporate stockholders receive annual reports at the end of the year to track their investments, we American citizens are kept in the dark. The Annual Report is flipping the light switch on.

As a publisher of the Annual Report through the American Education Foundation, what I find most harrowing is that Americans seem to have lost faith in their government to deal with any of these problems. Wagley and Raymon write, "Even before the Budget Wars, the American people harbored serious concerns about their legislators' ability to enact sustainable solutions. The Bank Bailout, though it has largely paid for itself, incited anger against hasty government action on behalf of Wall Street. The Bailout failed to halt the foreclosure crisis, stymie rocketing unemployment, or increase lending. As evidenced by the Occupy Wall Street movement, many Americans believe that the government is beholden to Wall Street and special interests. Meanwhile, President Obama's newly proposed American Jobs Act of 2011 attempts to relive the Recovery Act, which failed to stem unemployment and jumpstart the economy."

2011 is nearly over. It's likely that most Americans will agree with Harvard's report card: it wasn't one of our bests. The question remains whether we can make 2012 and beyond better. As the year ends and the excitement of a new year builds, here is hoping that we force our politicians to present us with real economic solutions during -- and vote accordingly. While an "A" is a long way off, most of us might settle for a B next year.