Someone put black tape over the portraits of Black professors at Harvard Law school. It wasn't totally unexpected: when a culture tolerates or breeds intolerance, such things are bound to occur. The incident is being investigated as a hate crime.

What surprised me was not the black tape - but the reactions of my white peers and professors.

So many of them - in the deepest sincerity - hugged me, told me to "hang in there," asked if I needed anything, or slid in my inbox with curiosity. Many white faculty and staff did the sideways head tilt, using their right hand to stroke my shoulder to elbow. Some cried.

I believed their grief. I envied it. 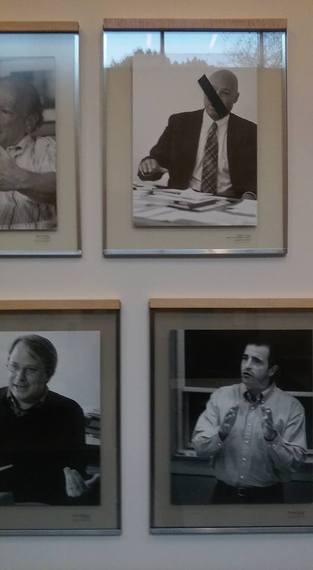 I was even confronted with hostility by one professor who tried to rip off the tape before campus traffic increased. I was the second student to arrive on the scene. "Just take it down!" he exclaimed. This was an act of hatred, and he wanted to take it down before the police, the administration, or student body was put on notice. "Please stop, sir. We must call the police. This is wrong." He responded, "Oh my God, I guess."

To be honest, the tape did not mean a WHOLE lot to me. But for many of my colleagues, it LITERALLY took this visible, overt act of racism for their compassion to manifest. "Now this is definitely racist."

But Black students experience black tape all of the time at Harvard Law. We see black tape when white students overaggressively challenge the intelligence of Black and/or women professors in the classroom. We see black tape when our peers misquote Dr. Martin Luther King, Jr. while looking you in the face to say that Black people should "wait in line for their civil rights." We see the tape as a tool to silence.

We hear the tape ripping from the spool when guest speakers jovially make statements like, "we've seen enough crack babies," "people in the hood are savages," "I'm not here to teach evidence to stop Afro-Americans from being killed by the police," or "give the class a 15-second tutorial on how to cook crack." We are reminded of the dark tape through Harvard Law School's seal that is embossed onto book bags, buildings, books, stamps, business cards, jackets, sweats, and diplomas - and knowing that this very seal pays homage to a family that brutalized and burned alive enslaved Black folk.

As my dear best friend pointed out, the culprit used very little tape to cover the number of Black faculty portraits at the law school: less than ten teach a school of more than 1,500 students. The tape becomes harder and harder to peel away: a diverse coalition of students seek to unmask this culture of intolerance, yet are met with an administration that does not urgently respond. 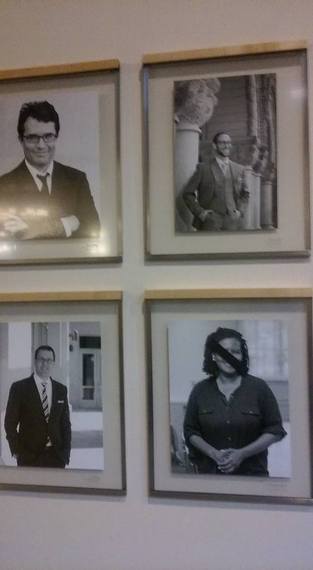 Beloveds, no. We are not okay.

We have been and are immersed in this type hatred on a daily basis. Our #BlackOnCampus radar often remains on ten. On 100. Why were my peers crying and hugging Black folk over tape in the hallway, yet silent against injustice for Michael? John? Tamir? Natasha? Rekia? Aiyanna? Akai? VonDerrit? Kajieme? Corey? Sam? Dajerria? Injustice faced in the classroom. Protests against the Royall Crest. Absence of race in legal curricula. The tape's adhesive must cover the mouths of my peers and professors, too.

Harvard Law feels insulated from the world. Bad things, even marginal ones, are not "supposed to" happen to Black faculty here. We are - they are - the Black people who "made" it - the intellectually savvy ones, astute at the Nation's top legal institution. They are not "like" the people killed by the police. Or, are they? Perhaps my white peers were just uncomfortable with such an overt act in this particular space. Perhaps students, and I believe many were, genuinely disbelieved that someone in our community took the time to act with such hate. Although this list is not exhaustive, it leads me to ask:

Beloveds, are y'all ok?

Is the stickiness of this particular tape different from the violence that people of color experience daily in classrooms and the world? As our peers or faculty, are you being thoughtful about white intraracial problem solving to address racist or patriarchal oppression? Have you considered that this tape is not incidental, but rather a staple of our institution?

To my white peers and faculty, will you be allies or co-conspirators? Will you demand institutional change and accountability from the administration, or is your own education wrapped up in black tape? 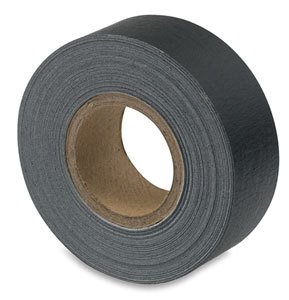