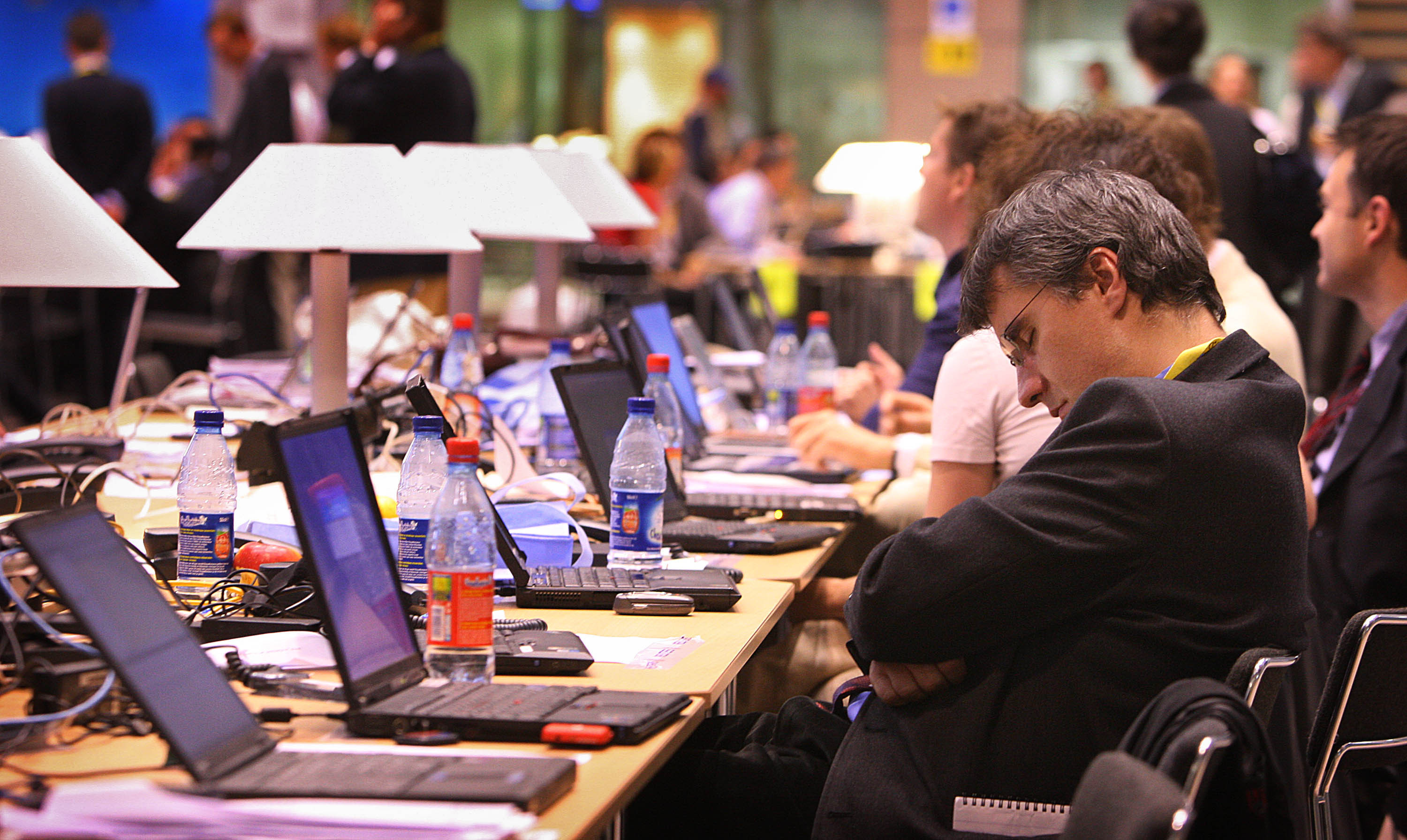 By focusing on “women’s issues,” professional firms are in denial about their real problem: a culture of unnecessary, 24/7 work that makes everyone miserable.

Those are the findings of an exhaustive 18-month case study of one prestigious global consulting firm, reported in a yet-to-be published paper from Harvard’s Gender Initiative program that was recently shared with The Huffington Post.

The paper blasts away at two closely held gender stereotypes. One portrays mothers as more invested in family responsibilities than their work roles. Another assumes working fathers are fully committed breadwinners, free from the pull of family life.

The researchers found that these assumptions held women back in their careers, prevented men from finding more balance and kept the firm from understanding that everyone struggles when working long hours -- not just females.

There’s a myth that “women can’t do it, but men can. That’s not true,” said Robin Ely, a co-author on the paper and a professor at Harvard Business School who chairs the Gender Initiative.

“Virtually everyone -- women and men alike -- suffered from the competing pulls of work and family,” Ely and researchers Irene Padavic of Florida State University and Erin Reid of Boston University wrote in a summary of the paper.

The unnamed consulting firm reached out to Ely, who is known for her research on gender in the workplace, out of frustration. Despite efforts to put more flexible policies in place, women weren’t advancing. Ninety percent of partners and 63 percent of junior associates were men. The number of years it took to reach partnership were fewer for men than women.

Ely and her co-researchers interviewed 107 consultants and five human resource staffers at the firm, and found everyone suffering under the expectation to work long hours. “People here are probably doing 14, 15 hours of work a day,” one consultant said in the paper. “Your ability to get by on little sleep is a necessary skill set.”

Some were working 70 hours a week. “Such hours made it difficult to meet basic physical needs,” the researchers wrote.

Men and women reacted differently to the problem, through the lens of those two stereotypes mentioned earlier.

Because it was assumed that women want to spend more time with family, the researchers found that the firm's senior female partners were criticized in the interviews as bad mothers. “We heard not one positive comment about women partners as mothers, but many negative comments from both men and women,” the researchers wrote. Male partners' roles as fathers did not come up for criticism in the same way.

(By the way, those women weren't "bad mothers" -- they said they had flexibility as a partner to be home when they wanted to.)

When women left the office early at the firm, coworkers assumed they had family obligations. Or the women would explicitly tell others they were leaving to tend to a family need because, in part, they didn't want to be seen as bad mothers, Ely said. This all contributed to the view that the women were less-than-ideal workers.

When men left early, the assumption was that they were networking or going out for work-related drinks or dinner. The men also typically didn’t explain where they were going.

Meanwhile, men’s issues with overwork were kept under wraps. Many either suffered in silence or pretended to work 24/7 while tending to family needs on the sly. Those findings were first reported in a paper by Boston University’s Reid earlier this year.

In interviews, both men and women consultants said that the pull of family responsibilities took women off the partner track and forced them to quit. Yet the researchers found men and women left the firm at the same rate. This was masked in part because many partners were hired from outside the firm and tended to be male, and because many women never made it to partner and stalled out at the associate level.

In fact, men left the firm out of frustration with quality of life. Says one father in the paper: “I wouldn’t characterize myself as unhappy. It’s more overworked, and under-familied ... I’d bet that a year from now I’m working somewhere else.” He quit one year later, the paper says.

Worse, a lot of the work was a waste of time, the researchers found. The consulting firm's culture was one of over-preparedness, and many consultants said they had pulled unnecessary all-nighters working on presentations. In the end, they provided clients with way more material than would ever be wanted or even useful.

"When we asked why they did it, they’d say, 'That’s how you prove how smart you are,'" Ely said.

According to Ely, when she and her co-researchers presented their findings to the firm, they didn't want to hear it. The leaders wanted to talk about the company's problems with women, not bigger, harder-to-tackle cultural issues.

"They said, 'Maybe you didn’t talk to enough people,'" Ely said. "But we talked to a lot of people. We said, 'Look this is a pervasive finding.' It wasn’t like they were hostile, but basically the project ended at that point."

The researchers theorize that the partners' commitment to a set line of thinking about men as ideal workers and women as ideal mothers contributed to their denial.

Ely said that normally a second phase of research would’ve involved experimenting with the hours the consultants worked and measuring productivity and happiness. Similar research happened a few years ago at the Boston Consulting Group, which experimented with enforced time off for consultants and found that it resulted in happier workers -- and better performance. Ely said more work needs to be done to figure out whether dealing with the overwork problem would alleviate the burden of those gender stereotypes. That would take a long time to see, she said.

The paper also takes care to note that the issues faced by this firm are typical of higher-income, professional employees. For lower-wage workers, the problem usually isn’t too many hours, but rather the unpredictability of their schedules or the scramble to grab enough hours a week to make it to full time.

Still, these set stereotypes about men and women aren't limited to white-collar workers, Ely said. “The gender expectation around work and family has been around since the Industrial Revolution. That’s the way it’s been.”