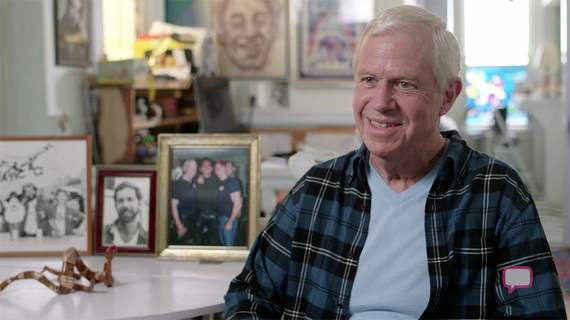 One person really can make a difference. For Ron Huberman, all it took to find himself on the path toward an accomplished life was meeting Harvey Milk. The fateful day came after a cross-country road trip from New York to San Francisco. Ron recalls:

We walked into the camera shop, and there was this kind of shaggy-haired guy with a heavy New York accent. "Ron," he said, "you don't mind, do you, if I took a couple of these pictures of your little friend Keith, do you? Because I want to keep them for myself." And that's how I met Harvey Milk.

There was an amendment being placed on the California ballot that would have banned gay and lesbian teachers from teaching in the state, but Ron wasn't paying any attention to politics. That's when Harvey pushed Ron to be more interested:

Harvey said in a New York accent that was priceless -- he said, "You're a teacher in New York! They're gonna take it away from out here! You gotta be a part of it!"

And being a part of it is exactly what Ron did. For the next 40 years Ron was involved in protests, activism, and politics and made history in the workforce. Reflecting on his life, he traces it all back to that one day he met Harvey Milk:

I think back, and it all began with Harvey Milk, who told me that day in the camera store, "You gotta get involved in politics. You gotta do something. You gotta change something." I'll always remember that, and I followed what he said.