So Chris Christie is running for President. The pundits are telling us that his in-your-face, tell-it-like-it-is style cuts both ways, but is potentially his biggest asset.

Sometimes a fundamental assumption is wrong and has to be questioned. The assumption is that Christie's style and personality will win voters over when he meets them in person, that people will warm to him as he pursues the "retail politics" of places such as New Hampshire.

The assumption is wrong. Christie's bluntness - which we New Jerseyeans are weary of, as his 30 percent approval rating attests - will wear thin everywhere else. Quickly.

It is probably true that his arrogance and narcissism will play better in New Hampshire and Iowa than in New Jersey, New York and California. We've seen it before. We're not impressed. 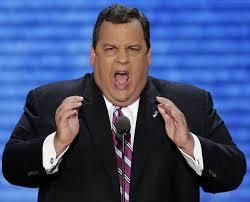 I attended six Christie Town Hall meetings in the last two years (as part of my job) and if there is one characteristic about the governor even more consistent than telling people to "sit down and shut up," it is telling people how special Chris Christie is.

I have seen Christie "work the crowds." Some people like him, most don't. The idea that he displays brilliant political skills at Town Halls is of course in the eye of the beholder. But the idea that these skills are extraordinary and will win the day is, well, absurd. Like an over the top stage actor, Christie can keep some people interested for awhile, but most squirm in their seats hoping it will end soon.

(Full disclosure - I worked writing speeches for a brief period for Christie's predecessor, Jon Corzine, whose post-governing record was distinguished by him "misplacing" $1 billion of investor funds.)

It has been pointed out that in his flat, unimpressive speech at the 2012 Republican convention, Christie said "I" 37 times. My reaction: Only 37? That was the first 20 minutes of his Town Hall meetings, which were much more about Chris boasting that he tells it "like it is" he was than about hearing from his constituents, for whom he has shown repeated contempt. 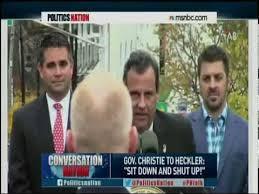 Politics is personality. And voters may like "big personalities" whatever that means, for awhile. But voters eventually seem able to distinguish between big personalities and grossly inflated egos, and they don't warm to candidates who talk only about themselves.

I wasn't a big fan of Ronald Reagan's politics, but I always admired that he seemed able to relate to other people and rarely appeared all about himself. Chris Christie is about nothing except Chris Christie.

The pundit class talks about Christie the same way it talks about Donald Trump. He may surprise you. Don't write him off. Voters want that directness.

Well, voters may want directness, but they don't want it from circus clowns. Christie and Trump are the guys you ask to leave the party before they embarrass themselves.

Christie will try - at first - to appear serious about the issues, put his arm around a few voters and tell them how much he can relate to their troubles, and for a brief time, he will put away the loudmouth schoolyard bully. For a brief time.

Having seen Christie up close for six years, and up close in person for two, I am certain his "style" will be different and appealing for a few months, and perhaps in a few states. But his candidacy is going nowhere.

His troubles as governor are well known. Bridgegate. New Jersey's high unemployment rate and dismal record of job growth. His gutting of the state's pension system. His prodigious expense account spending. His open war on teachers. His opposition to same-sex marriage and to raising the minimum wage. Even his most celebrated moment in the sun - dealing with Hurricane Sandy - turned into a disaster of people waiting years for money to which they were entitled.

But there is that persistent belief some have that his bluntness and willingness to tell average folks to shut up are - get this - somehow strengths.

As with Trump, some people see him as being able to stand up to world leaders and willing to confront hard truths. As with Trump, it is pure ego that drives Christie.

Anyone who runs for President is driven in large part by ego. But Christie doesn't respect the voters, and believes that every time he has the podium it is time to tell you about himself and his "you-may-not-like-me-but-I'm-telling-the-truth" uniqueness.

He has said often that his mother told him it is "better to be respected than loved." Leaving aside what that tells us about his upbringing, the fact is, he is neither.