Summer is over, and maybe it's a good thing. If 1969 was the Summer of Love, then 2015 was the Summer of Hate. Usually a time of innocent family fun, ice cream at the beach, vacations and recharging batteries, this was a summer marked by mass murder, anger and vitriol.

During this summer there were three hate-inspired fatal rampage shooting sprees, a live-on-T.V., cold-blooded murder of a Virginia television reporter and cameraman and then the assassination of a Houston police officer. During the same period a presidential candidate hurled vicious insults at everyone and everything and Americans lapped it up like they might a grisly professional wrestling match or a Nascar crash, and there was one of those too. The tumultuous sounds of gunfire drowned out the soothing sounds of waves crashing on the shore.

How often is the television news announcement, "A gunman opened fire today in a (fill in the blank) killing X and injuring Y innocent victims?" Americans have become numb to the carnage. News of fatal mass shooting sprees has become so frequent their trajectory can be tracked in a sadly far too common pattern. The cycle is marked by heavy news coverage, followed by an immediate outpouring of profound outrage and sorrow. Next come leaders and experts debating causes, then a flurry of attention to proposed remedies that quickly fade into oblivion and governmental inaction.

A grief-stricken father went on national television recently to shine a light on the repetitive cycle of media coverage, public attention and governmental inaction devoted to gun violence and mass killings. Andy Parker is the father of Allison Parker, a 24-year-old Roanoke Virginia reporter killed by angry former station employee, Vester Flanagan. Parker said: "It's a great story for a couple of days and then it goes on the back burner and nothing happens. How many Newtowns are we going to have, how many Sandy Hooks? How many Allison's are we going to have before we stop it?"

President Obama, too, has expressed frustration with the cycle of presidential duties repeated throughout his presidency of comforting the nation, mourners and survivors of shooting rampages, only to be met with political inaction. Addressing the nation the morning after the murder of nine worshippers at the Emanuel AME Church in Charleston, South Carolina, the President said, "I've had to make statements like this too many times," he said. "Communities like this have had to endure tragedies like this too many times." Obama said the shocking nature of the killing of church worshipers, including the Reverend Clementa Pinckney, the church pastor of the South Carolina church, required that Americans not "settle for symbolic gestures" and follow up "with the hard work of more lasting change." 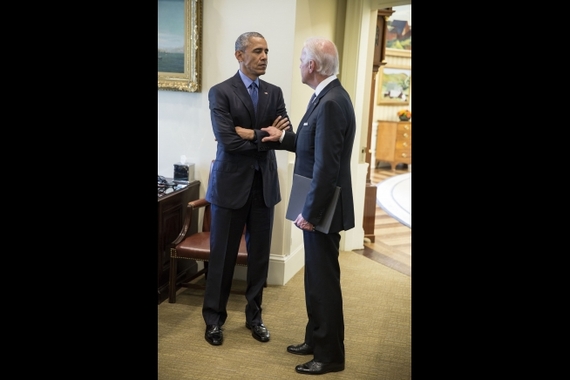 Preventing mass shootings present many seemingly impenetrable roadblocks. In the short term, on a case-by-case basis, while there are almost always warning signs, predicting and preventing the next rampager is nearly impossible. Long term, as there are many varieties, it is difficult to generalize about them and the links to rampage shootings should not be oversimplified, or exaggerated. The legal atmosphere presents even more daunting obstacles.

Mass gun violence occurs throughout a large and diverse country. Fifty state legislatures plus Congress enact criminal laws, and those statutes are interpreted by an equal number of state courts. U.S. Constitutional law, like the Second Amendment and the Supreme Court's interpretation of the amendment's protections in the landmark D.C. v. Heller decision, make real change not impossible, but extremely difficult.

Yet surviving family members refuse to take "no" for an answer. "It can't be that hard," said Andy Parker, "and yet politicians, from the local level to the state level, to the national level, they sidestep the issue. They kick the can down the road. This can't happen anymore."

When speaking about "spree" killings, "rampages" or "mass murders" there are, however, several trends that can be studied. Here are some of them:

Regrettably, pronounced differences in public and political opinion about the last factor, access to guns, time and time again derails substantial overall progress. If most rampages are also suicides, perhaps renewed attention to suicide is one step in the right direction. More Americans commit suicide than ever before, and just as in rampage shootings it is significantly more of a problem among men than women. Four times as many men commit suicide than women. Further, when women commit suicide they don't feel the desire to also kill and maim innocent, random victims.

Youth suicides are worthy of heightened focus. Suicide is now the second-highest cause of death for all young people between the ages of 10-24. Do we know enough about why young men now suffer more depression, feel more hopeless and more marginalized? Have we committed enough resources to the academic study of the phenomenon? Are we doing enough to treat depression and psychiatric conditions? Are we doing enough to prevent youth suicide? Do we know why rage and hatred are flourishing among men? I suspect not.

There are many organizations working on suicide prevention and there are academics studying the problem as well. Their work is important, but much more needs to be done.

Parker vows to take action to break the cycle. "If I have to be a crusader on this, I'm not going to rest until I see something happen." What an awesome pronouncement. Andy Parker will not rest. Sadly, though, after losing his youthful daughter to a deranged criminal the father faces a steep uphill battle. Parker will meet stiff opposition, get hate mail, maybe even death threats. What does that say about the state of American society? Fortunately he's hardly alone. Victims like Gabby Giffords in Tucson, parents of the slain school children in Newtown and other victims have all devoted themselves to giving meaning to the senseless violence occurring across the country.

Now that the "summer of hate" is over and a new season is upon us hopefully the American public, politicians, mass media and academia will all turn their attention to breaking the logjam. Maybe then, just maybe then Andy Parker will be able to rest. He deserves it.