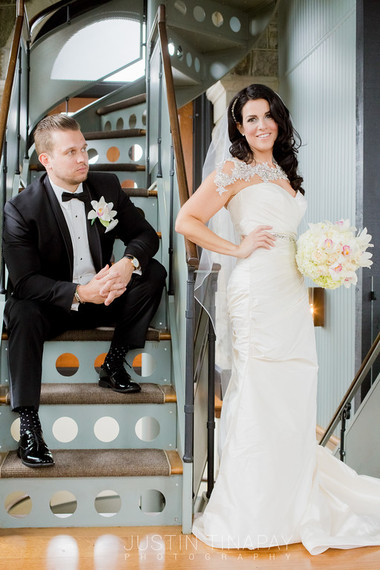 We share anything and everything with our "friends" across the internet. Things that we would've never wasted film on, we take pictures of and post on social media for everyone to see. How ridiculous would it have been if before camera phones, Instagram, Facebook, and Twitter, a person took out their actual camera, and took a picture of their name misspelled on a Starbucks coffee cup?

But now, it's all too easy to take a picture of whatever you want, whenever you want, and with two clicks it's posted for viewing. For comments. For likes.

As a wedding planner, most of the people and businesses that I follow on Instagram are also in the biz. I like following these accounts because I'm inspired by what I see and I feel that the talent that is out there, helps to make me a better planner. My Facebook is private and pretty much if we've never had drinks together, I'm not accepting your friend request. Why? Because I don't care how Starbucks got your name wrong, especially if I've never said your name out loud because we don't actually know each other. I know, it's weird. Sometimes I'm anti-social and old school like that.

But old school doesn't work in the wedding industry anymore. It's too easy to find the ring you want, the dress you want, the flowers you want and more by just searching a hashtag. Or 50. Millennials represent almost 100% of the population getting engaged right now. These Millennials (born 1980-ish and later) grew up in a technological world, whereas some of us (yeah, hi) are very thankful that social media didn't exist when we went to college. No, MySpace doesn't count. Sorry Tom.

And while I love the inspiration and amazing ideas that can be found through pictures on social media, there is this underlying competition going on that makes me cringe. Studies have shown and we keep hearing that people with social media addiction are very affected by how many "likes" they get on a selfie. The time people spend to find the perfect filter to make the selfie look perfect but natural, is a little cray-cray. It bothers me to know that so many people are relying on the validation of strangers that they are good looking, or have a great smile, or an amazing body...whatever. I wish these people had people around them that built them up enough to be comfortable with who they are. Because frankly, who cares what some random person 3,000 miles away, has to say about your outfit? Who cares what anyone has to say? Are you happy with it? Hashtag that is what really matters.

These same people, this group, they are getting engaged. The oversharing of photos begins and typically starts with the proposal and the ring. Where did this pressure come from to have the perfect proposal? Why is getting down on one knee not good enough anymore? Because social media says so. I see, day after day, these engagement stories on the news and on the internet that are just extreme. Reality show proposals with people skydiving into a "Will You Marry Me?" set up on the ground. These stories, these proposals are raising the stakes. It's not about love and wanting to always be with that person, it's about if the fireworks go off, in the right color, at the right time, and in the correct sequence. It's about the show.

The rings. The bling. The hashtags and the social media accounts dedicated to showcasing these crazy huge diamonds. The pictures of the girl with her new ring on, clutching her Starbucks cup where her name is spelt incorrectly, and even though we all know the picture is about the ring, she makes it about the coffee cup. And if you say anything, you're a hater.

Before anyone starts flipping out about how you can have a huge diamond and an extreme proposal (that sounds like a reality show waiting to happen) and that it's not necessarily about the showing off, I will say: I know that. It's perfectly fine to have an elaborate proposal and a purchase a 9,000 carat ring. However, it's also perfectly fine to have a quiet, down on one knee proposal, with something smaller or different. What is not fine, is when it's about the showing off or the negative comments or the general competition.

The proposal is just the first step in this madness. Click on Hashtag Luxury Wedding and see what comes up on Instagram. Pages of beautiful and elaborate designs. As a planner, I look at these for ideas and networking purposes. But there are so many brides and grooms that look at these images (I know, because they call and consult with me to plan and design their wedding) and want everything they see, but then have a stroke when I tell them what everything in the picture actually costs.

There's some weird thing going on with social media where, for some reason, it is melting the common sense out of the brains of many engaged couples. Years ago, if you picked up a print magazine and saw these designs that are now readily available on Instagram and Pinterest, you'd assume that a ceiling installation of orchids and roses would be on the pricier side. That assumption isn't being made anymore and I have broken the spirits of couples when I get realistic with the numbers. And I don't get it. I mean...flowers on the ceiling. How is it that when it's in print, it's expensive, but when it's on Pinterest, it's 5 cents?

And for these couples that want what they see on Instagram, when they realize that it's not possible within their budget, it can be soul crushing. I have heard the sighs on the other end of the phone (because getting clients to actually meet me in my office is like pulling teeth now) when I tell them what the price tag is on their dream wedding. I also know that many don't believe me and think that I'm just raising the price because it's a wedding. Meanwhile, orchids cost what orchids cost.

So if we didn't have the hashtags and the oversharing, would this still be an issue? I really don't know.

Let's shelve the grooms for a second and make this a woman thing. I can compare the wedding competition issue to models in magazines. For many women, there was and still is, a certain pressure to look a certain way. I know plenty of women that would look at the models in the magazines and feel fat or not attractive. It didn't matter if there was heavy Photoshop and great lighting involved, or the fact that the model's job is to look good all the time and therefore she can spend 7 days a week at the gym. None of that mattered. Comparisons were still made between the woman and the model by the woman reading the magazine.

We've pushed back now on what a "real woman" looks like and social media and the internet is flooded with (do not crucify me for this, my point is obvious) "not so perfect" female models. There is a huge amount of acceptance of "curvy" women and "curvy" has a different definition to everyone. Even though there are still many women comparing themselves to the Adriana Lima's of the world, many others are accepting themselves as they are because it's now OK (it was always OK, FYI) to do so.

In the wedding world, we haven't pushed back. It doesn't matter if it's a massive celebrity wedding or a random "Real Weddings" feature that a bride wants. Everything blends together in social media land, and a bride can drown in the inspiration available to her. Getting overloaded on wedding details is not the bad part here. What's bad is when the bride figures out what she wants, and her decision was influenced (unbeknownst to her) by hashtags like "Wedding Goals".

At this minute, there are currently 16,041 posts on Instagram with that hashtag. The top posts include the following:

1. A bride with a full on, is she the Queen of some country somewhere, crown.
2. A bride and groom cutting their 45 foot (seriously) wedding cake.
3. A bride and her bridesmaids (all stunning, FYI) in flattering dresses, perfect hair and makeup.
4. A centerpiece made out of crystals and roses in the shape of a lamp.
5. A wedding cake suspended from the ceiling. Upsidedown.
6. A collage that includes glitter Louboutins, a blinged out gown and a 4 carat plus Halo ring.

Are these your goals?

Honestly, if those are your wedding goals, that's totally cool. Everyone is different and everyone wants what they want. My clients tell me what their priorities are and some care about the food, while others need to descend into the ceremony location via hot air balloon. The point I'm trying to make, is that your wedding goals need to be just that. Yours.

Also, before I get beaten down regarding the "oversharing" of engagement, proposal and wedding pictures, understand that I get the excitement and why it's done. And no, I don't think that anyone should feel guilty about posting a billion pictures of their ring. Just don't do it and claim that the picture is really about the coffee cup.

It's not a competition. And the minute you find yourself competing, turn off your phone.